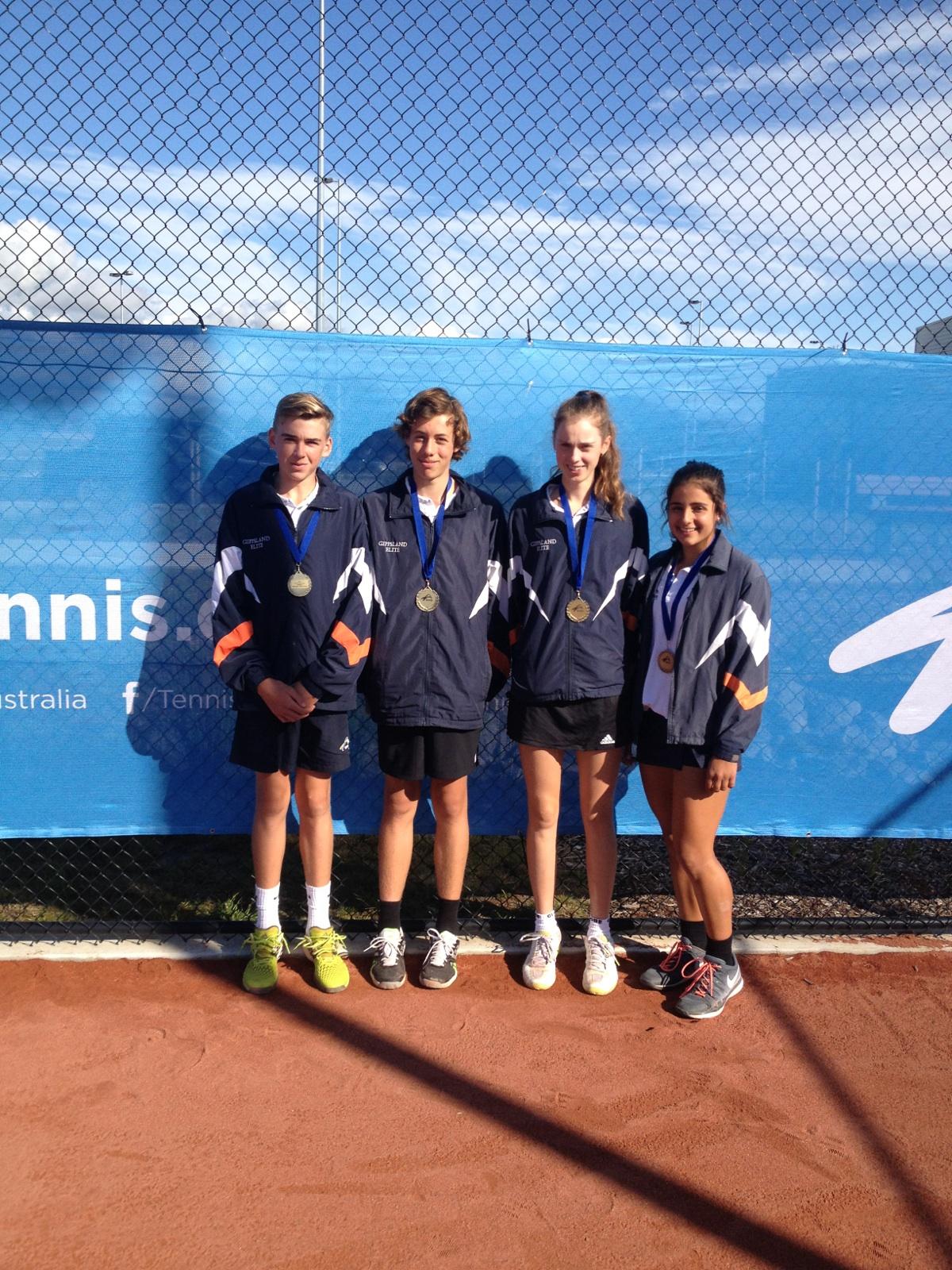 A TRARALGON Tennis Association quartet turned up the heat on the clay for Central Gippsland at the Tennis Victoria Country Cup in Mornington over the weekend.

The squad, comprised of Josh Charlton, Jack Clements, Kristen Antonopoulos and Annaliese Hughes, won the 17 and under tournament over seven other sides, despite fielding no player older than 15.

Saturday’s opening match against North East set the tone for the campaign, as Central Gippsland soared to a straight sets victory, dropping just seven games in six sets to take the rubber soundly.

Goulburn offered some resistance in the second wave of pool matches, but the Traralgon-based side was able to win five sets to one and retain unbeaten status.

Josh held off Jackson Shadbolt 8-5 and Jack secured an 8-2 win over Bailey Harris, while Kristen and Annaliese succumbed 6-8 and 4-8 respectively in their singles ties.

A clean sweep of the doubles matches ensured Gippsland’s progression to the semi-final phase as top seed, setting up a showdown with Central Highlands.

Another 6-0 clean sweep saw the side breeze through to the finals for a rematch with Mornington.

Stepping up a gear, Central Gippsland quashed the Mornington challenge for a second time, winning out 5-1 (45-21).

“They were pretty relaxed when they played Mornington the first time, but the second time they just went out and punished them which was quite impressive because they (Mornington) are quite a good team,” head coach Graham Charlton said.

“They’re just in that winning culture so they lift.”

It was another successful venture for undefeated pair Josh and Jack, who have now won about 10 regional trophies while teaming together.

Combined with Kristen and Annaliese, Charlton said the team’s skill was bettered only by its discipline and commitment.

“They do all the right things and they spend a lot of time on the road through the year as well, so they do deserve it,” he said.