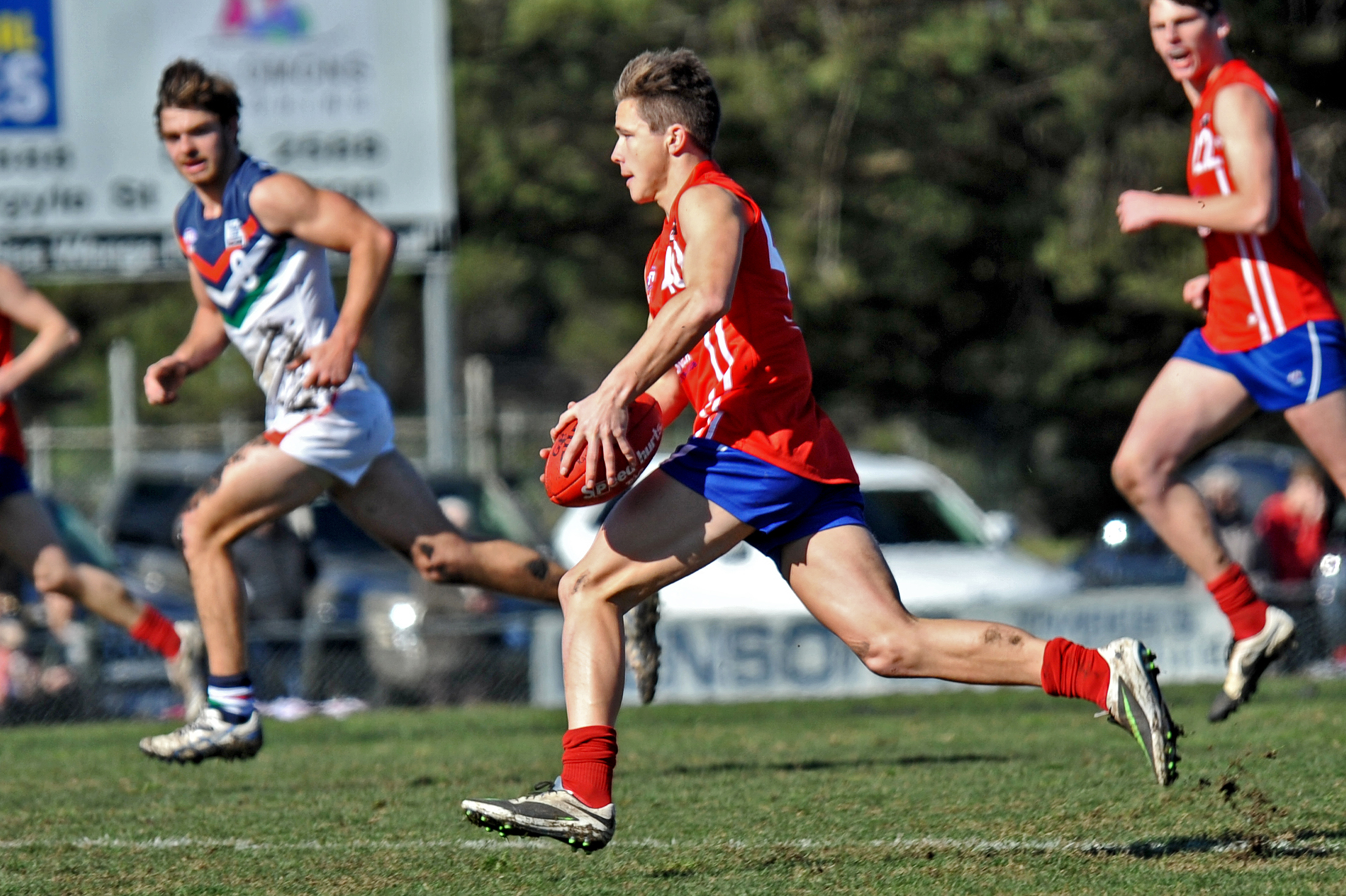 GIPPSLAND Power slammed home 22 goals and as many behinds to blitz the visiting Western Jets by 105 points in round five of the TAC Cup on Sunday at Morwell.

Bolstered by the return of Ben Ainsworth, back after AFL Academy duties in New Zealand, and Dylan Proctor, the Power’s only big gun missing in action was Tate Marsh due to a minor injury.

The Power opened well in ideal conditions but was off target early in strong scoring positions.

Nash Holmes finally broke the deadlock with a clever snap from well out, and soon after Todd Beck delivered the ball long and direct for Deven Costigan to rove the pack and score.

Things were looking good for the Power but some indecisive defence set the Jets up for a gift goal.

The Power upped their work load but once again wasted chances to stretch the lead.

Compounding the problem the Jets kicked another simple goal through slack defence.

By the first change the Power led by just 10 points despite having nine scoring shots to the Jets’ four and 15 forward 50 entries to seven.

Early in the second term finishing continued to prove a problem.

After missing some gettable goals, smart distribution from Brad Olsson, Ethan Park and Todd Beck moved the ball from defence to find Skinner who kicked accurately.

The Jets booted a vital goal in reply and it took some good work by Aloysio Ferreira to allow Kade Renooy to crumb cleverly off the pack and restore the advantage.

A long bomb from Jackson McMahon created another opportunity for Renooy to rove off the pack and kick another.

More wasted scoring opportunities by the Power were exploited well by the Jets on the rebound and yet again they were within striking distance of the lead.

The Power generated another excellent team goal from defence as Aloysio Ferreira, Renooy and McMahon combined to set up Tom Papley for an important major.

Some excellent forward pressure by Beck saw Ainsworth make something from nothing and kick a freak goal over his head.

McMahon kicked another to continue the momentum as Power took a 38-point lead to half-time.

A few wobbles in front of goal in the third did not halt the march to victory, as Power extended the lead to 65 by the final break.

A free kick and then a 50 metre penalty allowed Ainsworth to open the scoring for the Power going into the last term and Will Leslie set up Papley for the side’s second.

Some intense forward pressure resulted in Ben Dessent finding Tom Hobbs for a rare goal and when Beck kicked his second goal the dogged Jets were all but done for.

A brilliant contested mark by Skinner put the ball in a dangerous spot and Holmes snapped a blinder off the pack.

The avalanche of goals did not stop as quick ball use by Matt De Bruin, Connor Ambler and Holmes was well finished by Hobbs.

Beck and Papley then crafted a chance for McKay and he kicked the Power’s seventh unanswered goal for the quarter.

The Power travels to Queensland this weekend to take on their state team for the 2015 national championships.

Last time Gippsland went to the Sunshine State it scored a huge win and went on to win the 2005 TAC Cup premiership.