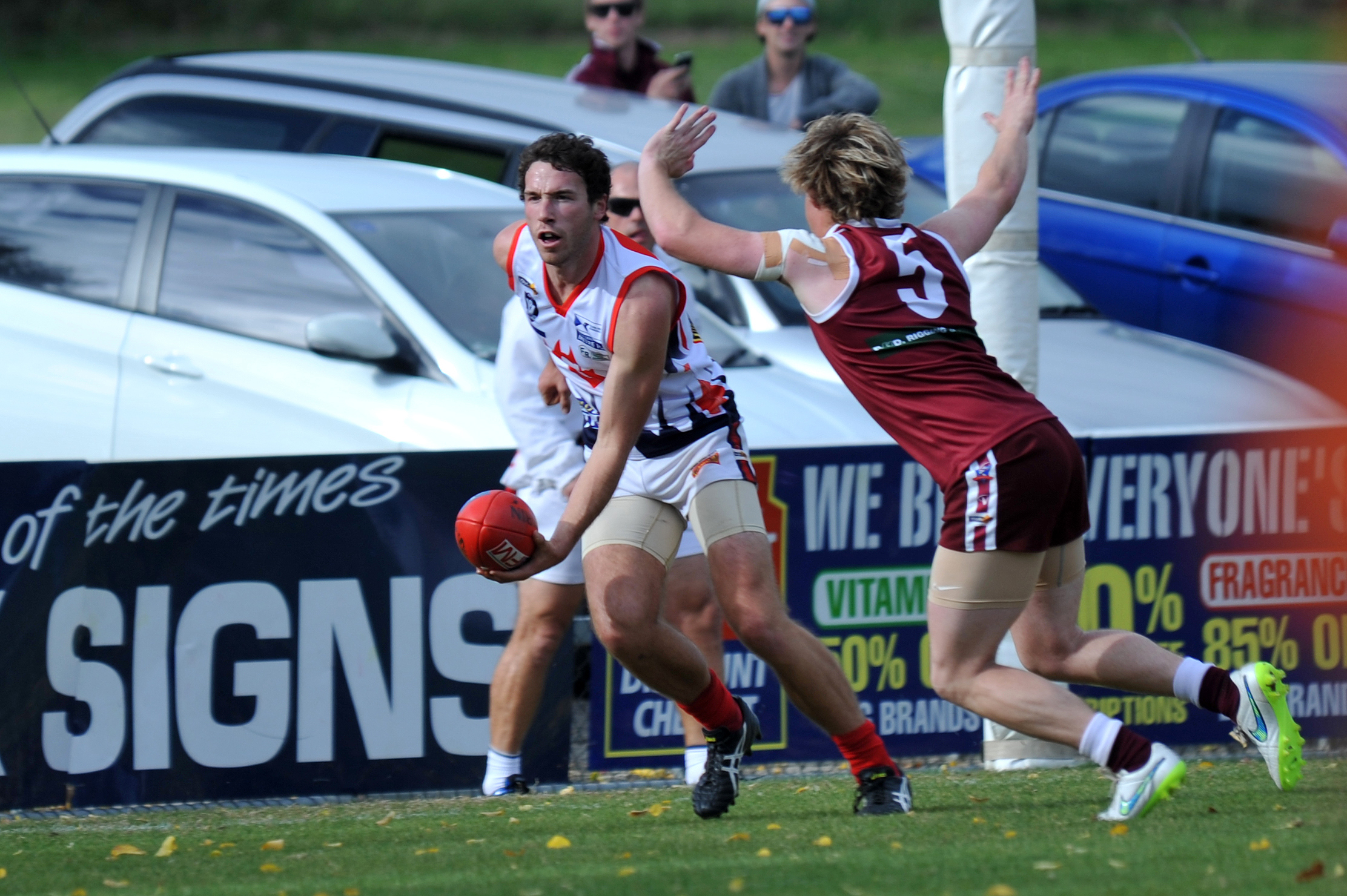 MORWELL will be vying for its fourth straight Gippsland League win when it returns home to host Drouin on Saturday.

“If we win that puts us 4-2 going into interleague which will be a big effort from where we were at the start of the year,” coach Joel Soutar said.

It has been a remarkable turnaround for the Tigers, who after two consecutive losses sacked its coach.

Four weeks later and the reigning premier is coming off a dramatic one-point victory over Maffra.

Its recent history against the Hawks will also give the home team plenty of confidence.

Morwell has celebrated big victories in its past four encounters with Drouin, whether at home or away.

However, the Tigers are not expecting Saturday’s clash against the competition’s big improver to be a walk in the park.

Prior to the Tigers’ four game winning run, the Hawks had beaten Morwell on six consecutive occasions.

“Obviously we will have to shut down Ben Hughes. He is a pretty handy forward. They have some bigger bodies and they are pretty young as well,” Soutar said.

The duel in the ruck between Drouin coach Bob McCallum and Tiger Dan Musil will be among the contests to watch.

“We would want to be winning it in there and then hopefully going from there,” Soutar said.

Drouin is also three and two after five rounds, having dropped matches to Traralgon and Maffra.

FRESH from four straight wins, Traralgon will be looking to make it five in a row on the road against Wonthaggi.

“It is going to be a great test. Really respect them as a side and then we get the interleague bye and hopefully re-assess ahead of Maffra,” coach Mark Collison said.

“So it’s going to be a big few weeks but we are really looking forward to playing the better sides as that’s where we want to be.”

The trip to the Bass Coast is one that’s feared by many clubs, however Traralgon has had a good record there since Power’s 2010 return to the competition.

PIPPED at the post by Morwell last weekend, Maffra will be looking to bounce back when it travels to Moe to take on the Lions, who are coached by one of its own, in Maffra premiership player Adrian Burgiel.

His side too is coming off a loss to Drouin.

The Eagles have won their past six matches against Moe, and nine of the past 11.

The Lions will have to shut down the lethal Eagle forward duo of Darren Sheen and Daniel Bedggood.

However, the new-look Lions have their fair share of stars too, including Burgiel up forward and James Blaser who has dominated the midfield in recent weeks.

DISAPPOINTED by his side’s efforts in the last quarter against Traralgon last week, Bairnsdale coach Shaun Mooney said the Redlegs would have to find a way to bounce back at home against Sale.

“We will take some positives from it, but we need to make sure we play a consistent role for four quarters next week,” Mooney said.

The Redlegs were right in it at three-quarter-time against Traralgon, but were outplayed by the Maroons in the last, the home team kicking eight goals to two.

Its opponent on Saturday, Sale, will also be up and about following its three-point win over the ladder leader, Leongatha.

“Most certainly and in this competition you really have to play to your best every week, otherwise you are going to get found out. And that’s what happened to us in the last quarter against Traralgon,” Mooney said.

There is expected to be some changes to the Bairnsdale line-up when Mooney selects his side tonight.

“Performing like that to finish the game you certainly look at changing things up a bit,” he said.

Coming off its first loss of the year, Leongatha will be out to bounce back against bottom of the table Warragul.

Having won 11 of its past 13 encounters with the Gulls, the Parrots have had the better of its west Gippsland opponent in recent years.

statistics provided by by Paul Carter