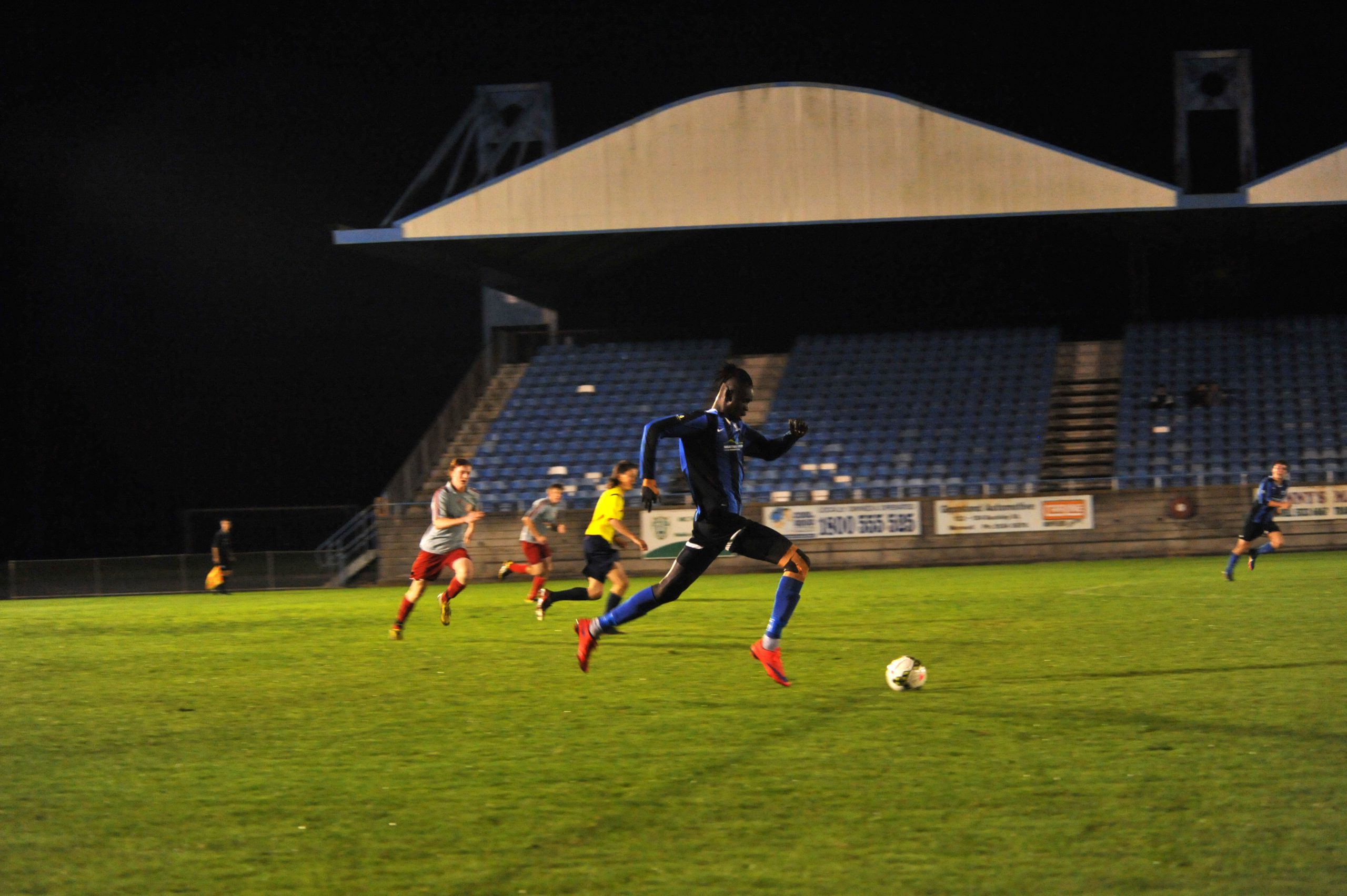 In the game of the round, second-placed Falcons 2000 hosted third-placed Moe United in a clash that would ultimately prove vital for each side in their quest for the Gippsland Soccer League title.

The away side started the better and created several half chances that were thwarted by a resolute Falcons defence.

It was only a matter of time until the youthful Falcons outfit worked themselves into the game and they did just that.

Jesse Kennedy and Sam Amaira had guilt-edged chances thwarted by both the woodwork and Moe ‘keeper Peter Albanese.

The Birds continued to press and were duly rewarded as Kennedy slotted home from the top of the 18 yard box with a quality finish.

The score would stay 1-0 at the main break.

The second half saw Falcons put their foot to the pedal with devastating effect as a freekick from coach Nick D’Alessandro made it two and a cross from Gianni Salvatore was headed home by Kennedy to grab his brace and make it 3-0.

Moe, being the experienced side they are, continued to fight and grabbed what would ultimately prove a consolation goal as Sam Gatpan scored from close range.

It was all to no avail and Falcons ran out 3-1 winners and moved to the top of the table.

Monash returned from a long trip to Bairnsdale with three points after a comprehensive 7-2 victory against East Gippsland United.

The Wolves took an early lead with Chad Shelley firing home after a Ty Christy-cross found him unmarked at the back post.

Christy then doubled the lead at the 20-minute mark, heading home a Brendan Ruddell-free kick.

It was 3-0 soon after, Shelley rising highest to head home an in-swinging Ruddell corner.

Eagles keeper Bradley Cutts was in fine form keeping the visitors from adding to the score before the break with some sublime saves.

Shelley completed his hat-trick early in the second half, before the home side hit back on the counter, Callum Clancy bundling over the line after the ball had struck the crossbar.

Cutts again kept his side’s slim hopes alive with some reflex saves before Ruddell pounced to give the Wolves a 5-1 lead midway through the half.

Charlie Dickinson pulled another back for the Eagles as they desperately clung on.

A Tom Bramstedt-shot killed off any potential comeback before Tom Bramstedt crossed to Christy to head home his second and Monash’s seventh for a comprehensive win.

Tyers’ climb up the ladder continued after an encouraging 4-0 victory against Traralgon City.

A brace to Jake Budija and singles to Dylan Cramer and Matthew Budija secured the points for the Lightning.

Tyers leapfrogged Traralgon to take ninth position on the ladder and faces Fortuna at home on Sunday.

A hat-trick to Hayden Tanti secured the points for Fortuna 60 in its 5-0 demolition of Trafalgar Victory.

The Orangemen took a 2-0 lead into half-time before piling on the pain in the second half.

Fortuna’s other goal scorers were Bailey Mangano and Dylan Dehommel.

Churchill fought back from a 1-0 half-time deficit to steal the points from Newborough-Yallourn United.

An early goal to Brandon Scott put the Combine ahead before a brace of goals in the second from the Rams secured the three points.

The Horsemen took the lead in the first half through Alradi Ali, his ninth for the campaign, before Olympians equalised in the second.