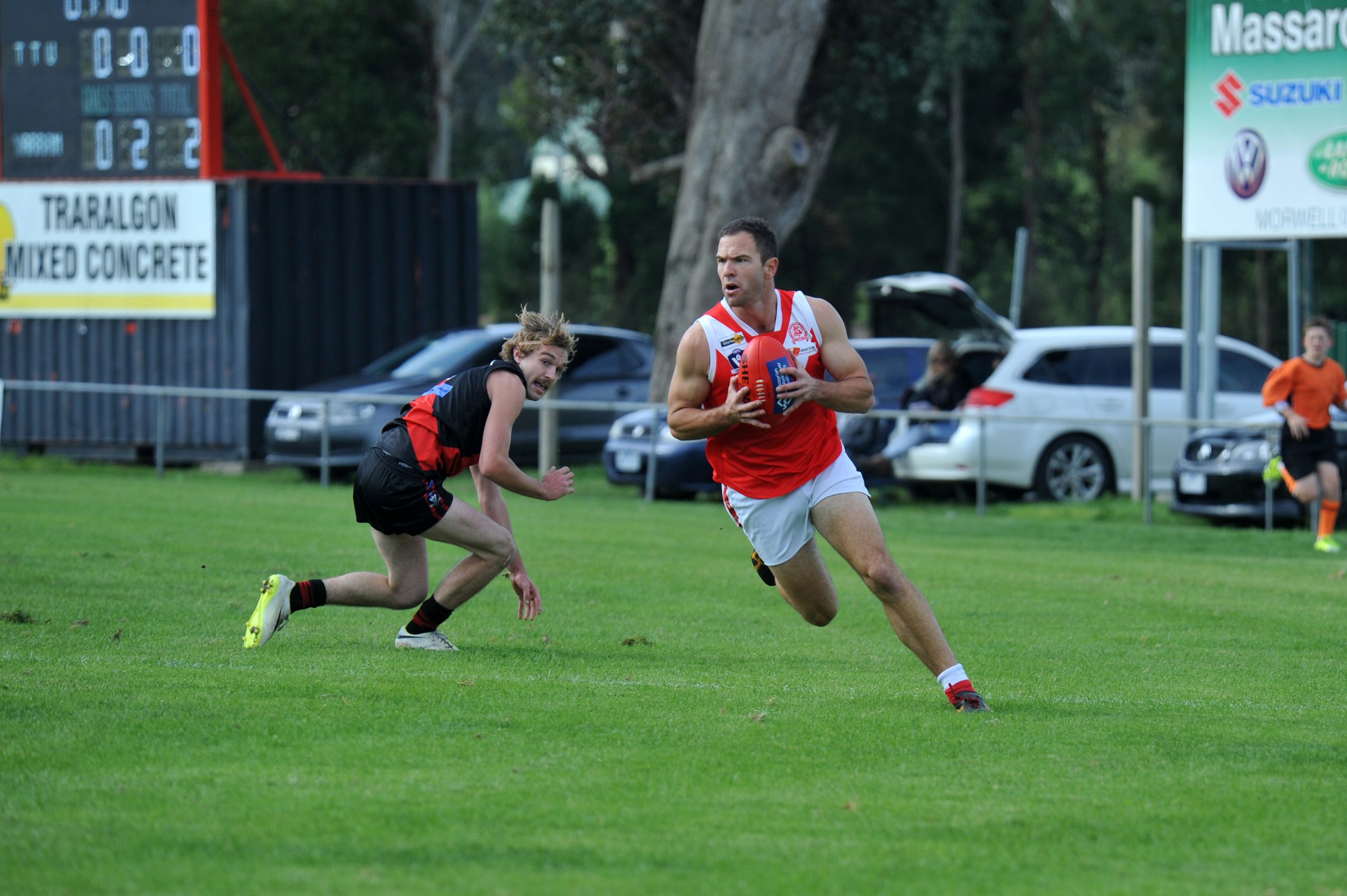 Churchill will be pitted against ladder leaders Yarram in round seven of North Gippsland football.

The Demons leap frogged Sale City to claim top spot, thanks to posting a percentage-boosting 156-point victory against Glengarry.

Yarram will face the Cougars, which sits in a log jam with four sides equal on points occupying third through to sixth position.

For the reigning champions, who have hit their straps in past weeks, it will be an opportunity to claim the points against a formidable opponent.

For Yarram it will mean a further confidence boost if it can claim the scalp of yet another top five side.

The enormity of the clash and task ahead is not lost on Cougars coach Allan Chandler.

“It is a massive game this week, Yarram are playing very well and pose a huge task for us,” Chandler said.

“We are slowly making inroads to the type of footy that we are striving to play, unfortunately we are not getting the consistency across the four quarters that we would like at this stage.

“Hopefully this week, with a big task ahead of us, it is the week that we put in a very good four-quarter effort.”

Yarram’s credentials will also be placed under the microscope.

The Demons have had a dream start to the season under new coach Anthony Pavey, having brushed aside opponents in the early stages of contests.

However, the same luxury might not be afforded this time with the Demons unlikely to want to find themselves in the situation of playing catch up football against an evolving Cougar outfit.

Eighth-placed Cowwarr will aim to return to the winner’s list following a torrid month where it has dropped points to Heyfield, Sale City, Woodside and Traralgon Tyers United.

The going has not been easy for the Saints, which like this week’s opponent have registered just the one win to date.

Gallant in their efforts last Saturday, Gormandale will be disappointed by the one that got away.

The Tigers outscored the reigning premiers in a strong second half, however it was a costly nine-goal deficit at the main change that was their undoing.

Demonstrating plenty of fight to claw their way back into the contest, the Tigers’ season has certainly been one of mixed fortunes.

Needing to consolidate their form with contests against Sale City and Woodside to close out the opening half of the fixture, Gormandale will be looking for the four points as reward for what has been continued improvement in season 2015, despite their win-loss ledger.

In contrast the Saints come into the match on the back of a 27-point loss and will be aware of the need to find their way early, dictate the game on their terms and put their home ground advantage to good use if they are to lay their claim on sealing their second victory.

The royal blue of Heyfield’s strip will be traded in for one of pink and white when the Roos and Woodside meet in the Footprints Foundation clash, raising awareness of the foundation and its work with local families living with breast cancer.

For the second time in as many weeks, Heyfield finds itself in what can be classed as unfamiliar territory with the Kangaroos dropping the points to Rosedale.

The Wildcats come into the match on the back of a 10-goal loss and will need to be at their best to account for the Kangaroos on the rebound.

“It is another great opportunity to play against a top quality side and see where we are at,” Woodside coach Daniel Risol said.

“We played well in patches against Sale City last round, we are starting to play better football for longer periods during games, but we still have a lot of improvement.”

Similar to TTU, the Wildcats have been dealt a poor hand when it comes to injuries with Risol noting that the changes to the line-up each week were less than ideal.

“Hopefully we can get a set team in the coming weeks and play some good footy,” he said.

Bottom-placed Glengarry will have a tough assignment ahead when it meets Rosedale, and in its present form it is hard not to look past the Blues.

The Blues’ season is humming along and despite Heyfield’s best efforts, Rosedale was able to put the foot down in the early stages of the contest last Saturday and power away from the opposition.

It will be a tough prospect for the Magpies to contain one of the competition’s front runners who continue to evolve and iron out the small faults which coach Ben Macreadie has identified.

Pitted against the third-ranked offensive side in the competition, the young Magpie line-up’s back six will be stretched, while the experienced campaigners in the engine room, among them coach Robbie Cahill, will need to be at their best to win the battle against a fleet-footed Blues midfield.

SALE City bounced back from its first loss of the season against Woodside and will be confident of claiming a third consecutive win on home turf.

Hit hard by injuries in past weeks, TTU will be drawing on the experience of a few key remaining men if it is to challenge Sale City.

The Bombers will need a quick start against the Dogs, one which puts the home side on the back foot.

But the question that many will be asking is whether the visitors have the cavalry in their depleted line-up to make the second-placed City question their game plan?

While the competition front runners continue to gain momentum, for a number of clubs sitting outside the top five, Saturday will provide them with a further opportunity to reel in the margin.