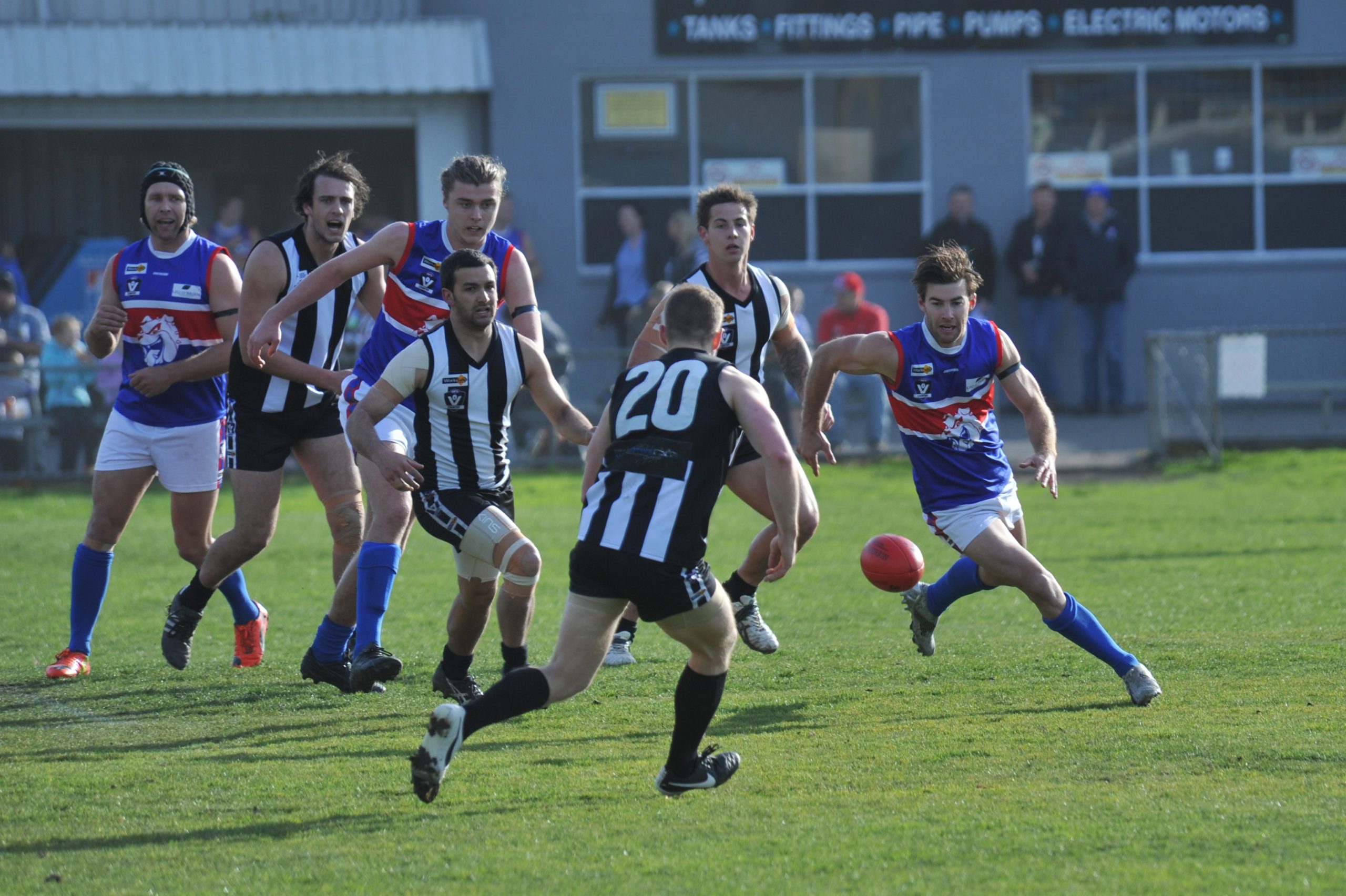 TRARALGON Tyers United turned on the afterburners in the final quarter to knock Yarram off by 44 points, headlining a high scoring round 11 of North Gippsland Football.

The Demons were strengthened by the inclusion of Andrew Kiely and Jari McDonald as they aimed to atone for their earlier loss.

In a see sawing contest which saw the lead change times on several occasions, the Bombers took a slender three point buffer into the first change with the side benefiting from the return of Matt Stolarczyk, who ran riot early in the piece.

Both engine rooms toiled hard throughout the contest; Yarram’s McDonald led the charge while experienced campaigner Brian Graham set up TTU’s forward run in an impressive display alongside Stolarczyk.

The Bombers outscored the home side in the second term to extend their lead to 11 at the long change.

With the contest in the balance, TTU started the third term strongly and had it not been for inaccuracy in front of goal the game could have been over at the final change.

The Demons kept charging to the death; Kieley was creative in the forward 50, Keifer Sutherland made the most of his chances in front of goal and McDonald was electric but it was not enough as the Bombers ran out victors, 17.18 (120) to 11.10 (76).

Yarram’s ruck stocks suffered a blow with Lucas Jenkins injured a fortnight ago and was left to suffer Bombers captain Luke Middleton, who had a standout game.

The loss saw the Demons slide outside the top five from third to sixth on the ladder in Ryan Coulthard’s 150th club game.

Matching the visitors in the opening term to trail by two points, the Magpies held their own against their more fancied opponents before the Dogs chipped away on the scoreboard to establish a match winning 40 point break ahead of half-time.

Keeping the foot on the pedal the Dogs scored a further eight majors to three in the second half to run home 80 point victors.

Nick Grainger was lively in front of goals with a game high five majors, heading a contingent of eight goal kickers.

Runners Brad Walsh and Brad McKay benefited from the ruck work of Matt Lutze, who put the ball down their throat.

For the Magpies Brock Rowson held his own against a quality engine room, with Alex Bermingham and Chris Wangman reaping praise from the coach.

FOUR goals from former AFL player Brodie Holland was not enough to lift Gormandale to an upset over Heyfield.

Riding a wave of emotion the visitors started strongly.

A poised intercept mark from the kick in provided Jack Woodland with an opportunity to post the first major, however his shot missed to the near side.

The Tigers measured their attack and slowly worked the ball forward to slot through the first major of the match despite having little play.

Daniel Stubbe grabbed a quick reply, his first of a bag of eight for the contest, taking his season tally to 29.

The goals dried up before Joel Dinsdale broke the grid lock, followed with Stubbe’s second for the term and three straight for the Roos.

Holland registered the Tigers’ second after a lean 20 minutes of play, the first of four for the 155 game former AFL player.

The Tigers came again through Mitch Jones but his shot was touched on the last line by the fingertips of Scott Anderson and Jesse Jackway.

Heyfield coach Adrian Cox had the crowd on its feet when he slotted one through from tight on the boundary, but it was answered by a major to Richards.

The introduction of ruckman Al Jenkins to the forward line was also causing issues for the Roos defence.

A late major by Stubbe closed out the opening half with the visitors holding a comfortable seven goal buffer.

The third term went much the way of the second as Stubbe and Cox clasped everything that came their way.

Bedggood was in sublime form amassing possessions, with Woodland wearing the tag of Holland for the quarter.

Jackway switched forward adding yet another dimension to Heyfield’s forward arsenal with Tiger Matt Zappulla getting the job of holding Cox at bay.

Heyfield added six for the term led by Stubbe, with Luke Heggarty and Jordon Sandy posting majors for the Tigers who went into the final change down by 64 points.

Heyfield forward Stubbe was the main figure in front of goals setting the impetus for victory, Kodie Woodland added three to his handy season tally with Dinsdale chiming in with three.

Gormandale’s Joe Colaciello was named best a field for the Tigers, he found plenty of the ball and set up several goals.

Holland was a valuable addition, with Sandy booting two in a strong showing.

ROSEDALE held a depleted Woodside outfit goalless for more than three quarters of football on its way to a percentage boosting 209-point victory.

It was a tough day for the visitors as Rosedale’s Ben Macreadie (six), Brandon McDonald (five) and Dale Fleming (five) topped a list of 13 individual scorers.

Jake Mowat amassed possessions in a stellar individual performance to be named best a field, Adam Diamond was at his elusive best, Fleming was commanding when pushing forward with Rowan Diamond also among the Blues’ standouts.

Woodside went into the contest with some eight of their top tier players on the sideline.

CHURCHILL marked its eighth win of the season with a polished performance against Cowwarr, as premiership pair Tim Darby and Nick Campbell lit up the forward line.

The Cougars gained the momentum from the opening bounce as Darby (seven) and Campbell (six) set about creating headaches for the Saints’ defence.

Darby was the pinch hitter in front of goals as he went about matching his earlier bag in round two against Cowwarr.

Travis Brighton was the architect of the win for the Cougars, Leigh McDonald continued to find plenty of the ball in his return to the game and defender Jarrod Broadbent was the general down back.