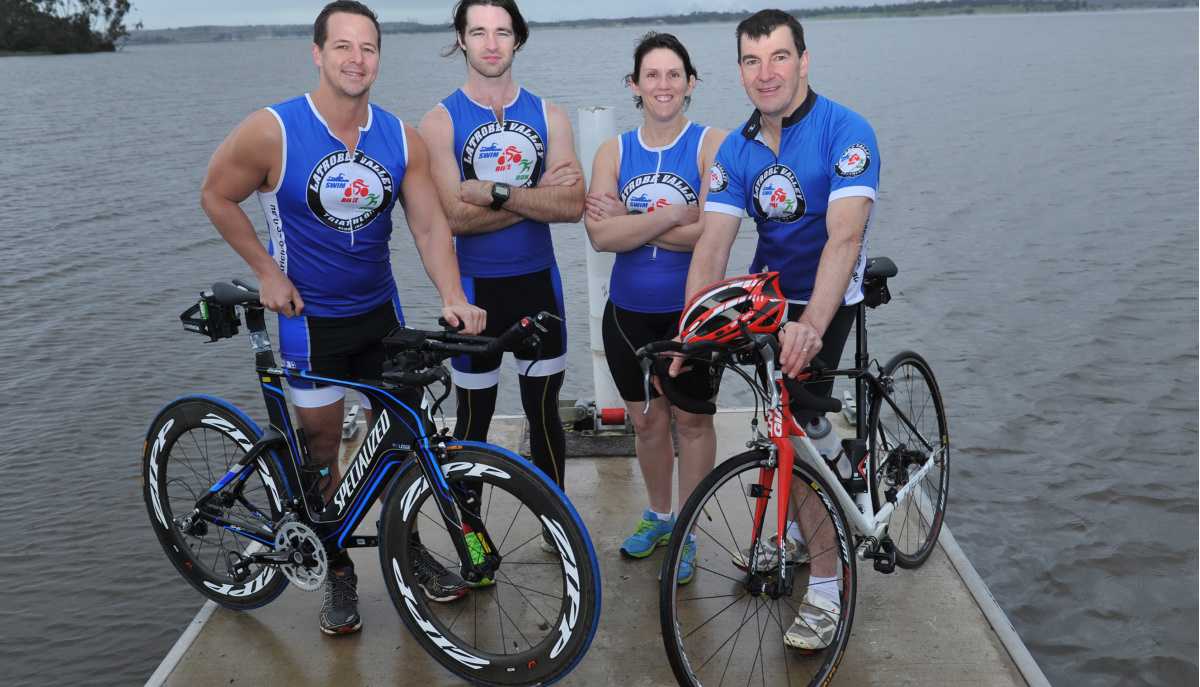 SPLASHING into Hazelwood Pondage’s warm pool of water might not be to everyone’s fancy, but hundreds are expected to take the dive next month.

The Latrobe Valley Triathlon Club is hosting its annual Winter Triathlon and Multisport Festival on 5 and 6 September.

It will include triathlons for the brave-hearted and professional athlete, with fun, sprint, Olympic, long course and ironman distance events on offer.

It’s a year of firsts for the annual affair, which LVTC president Andrew Legge said had become a premier event after almost 30 years of existence in the Valley.

“The reason why (is) it’s a great way to start the summer triathlon season,” Legge said.

“We could have a triathlon at the end of winter because of the warm water of the Hazelwood Pondage.

“So that’s been a tradition we’ve kept alive, but we’ve also included some other events.”

This year the Hazelwood 100 joins Victoria’s Southern Cross Triple Crown Series, which will see the state’s triple crown champion named for each age group over 18 years.

The fun distance triathlon – made up of a 250 metre swim, 12 kilometre ride and 2km run – will be free of charge for the first time.

Legge said a common reason for people not taking part was their inability to swim.

That excuse won’t hold this year, with the option to team up with a competent swimmer or skip the water session altogether.

“The swim is always optional, if people don’t think they can swim, they can start the bike when the last swimmer exits the water,” Legge said.

“And we have just made teams’ events as well; teams of a minimum of two.

“So if someone really doesn’t want to do the swim and they can find a swimmer, they can enter as a team of two or three.”

Legge himself first dabbled in triathlons as a teenager and has since continued his passion, competing with LVTC for the past five or six years.

He said it was the camaraderie between fellow athletes and the sense of achievement after completing each event, which has kept him at it since the early 1990s.

“It’s one of those things that is really quite addictive.

“But the LVTC tries to encourage racing over all distances; we’re not all about making everyone compete in ironman or a half distance event.

“We want people to have fun in multisport, whether that is the fun distance or the sprint distance, we’re really encouraging of that too.”

A series of events is on offer over the two days, with a Hardman and Hardwoman medal up for grabs for athletes who complete the Olympic distance on Saturday and Hazelwood 100 on Sunday.

A clinic with professional triathlete Tom Rodgers will run on 15 and 16 August, and is available for all beginners and professionals who register before the weekend.

To register, visit www.lvtriclub.com.au or phone Andrew Legge on