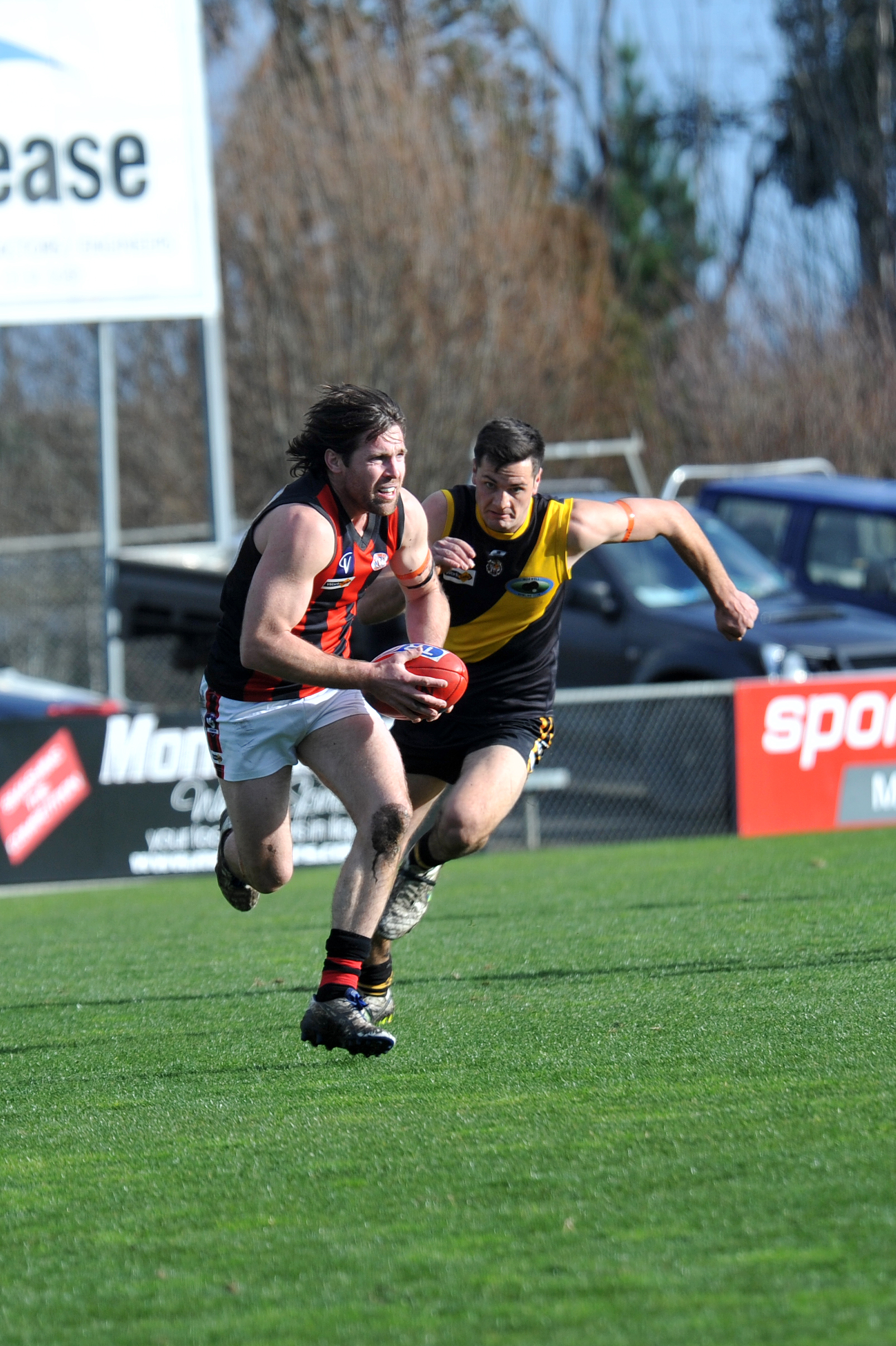 TWO top clashes certain to shape the final five will highlight a big round 16 of the Gippsland League.

Traralgon will be vying to claim the competition’s biggest scalp when it hosts ladder leader Maffra.

“Traralgon at Traralgon, it’s a big game. They are up and about, they are third, they are a good running side and they will worry us,” Maffra coach Wayne Butcher said.

The Eagles easily accounted for Moe last weekend, but will face stiff competition from another Valley side this week.

When Maffra and Traralgon last met in round seven this year, the Eagles escaped with a four-point victory.

“Last time we got away to a good start and they (Traralgon) clawed their way back,” Butcher said.

Injuries cost the Maroons that day when the home team was left without a bench after half-time.

With 13 wins for the season and just the two losses, the Eagles sit at the top of the table, ahead of Leongatha by four points.

“Heading into the finals, we need to beat those sides in the top five. We need to win if we are going to be any good,” Butcher said.

Maffra has won its past eight against Traralgon, including its past four visits to the Maroons’ home turf.

THIS weekend’s clash between Wonthaggi and Drouin is a must-win for both teams, with both fighting for a finals berth.

The Power sits in fourth on the ladder while, on equal points with Sale and Morwell, the Hawks are battling it out for fifth.

The visitor will take plenty of confidence into the match, after a 131-point turnaround which saw Drouin defeat Wonthaggi by just a point earlier this year.

FIFTEEN rounds in and sitting second on the ladder, just a game behind Maffra, Leongatha has turned its sights to the finals.

The Parrots have won their past 10 against Moe and this Saturday have the chance to equal their best ever winning run over the Lions, which was 11 straight between 1984 and 1989.

MORWELL must beat Bairnsdale if it wants to play finals in 2015.

The last time these teams met, back in round seven, the Tigers got off to a good start booting six goals to one in the opening term.

The Redlegs matched it with its opponent from there on, but it was too little too late, with the visitor holding on for the four points.

With its three-peat hopes on the line Morwell will be desperate for the four points.

LIKE Morwell, Sale must win if it wants to keep its finals chances alive.

Sale has had the upper hand over Warragul in recent years, winning its past 12 straight.

The Gulls have beaten the Magpies just twice, once at home and once away, since 2005.

They have however come close on plenty of occasions.

Sale on the other hand is still confident it will feature in the finals series.

As for Warragul, it has already turned its sights to next year, re-signing senior coach Stephen Kidd and several of its young guns.