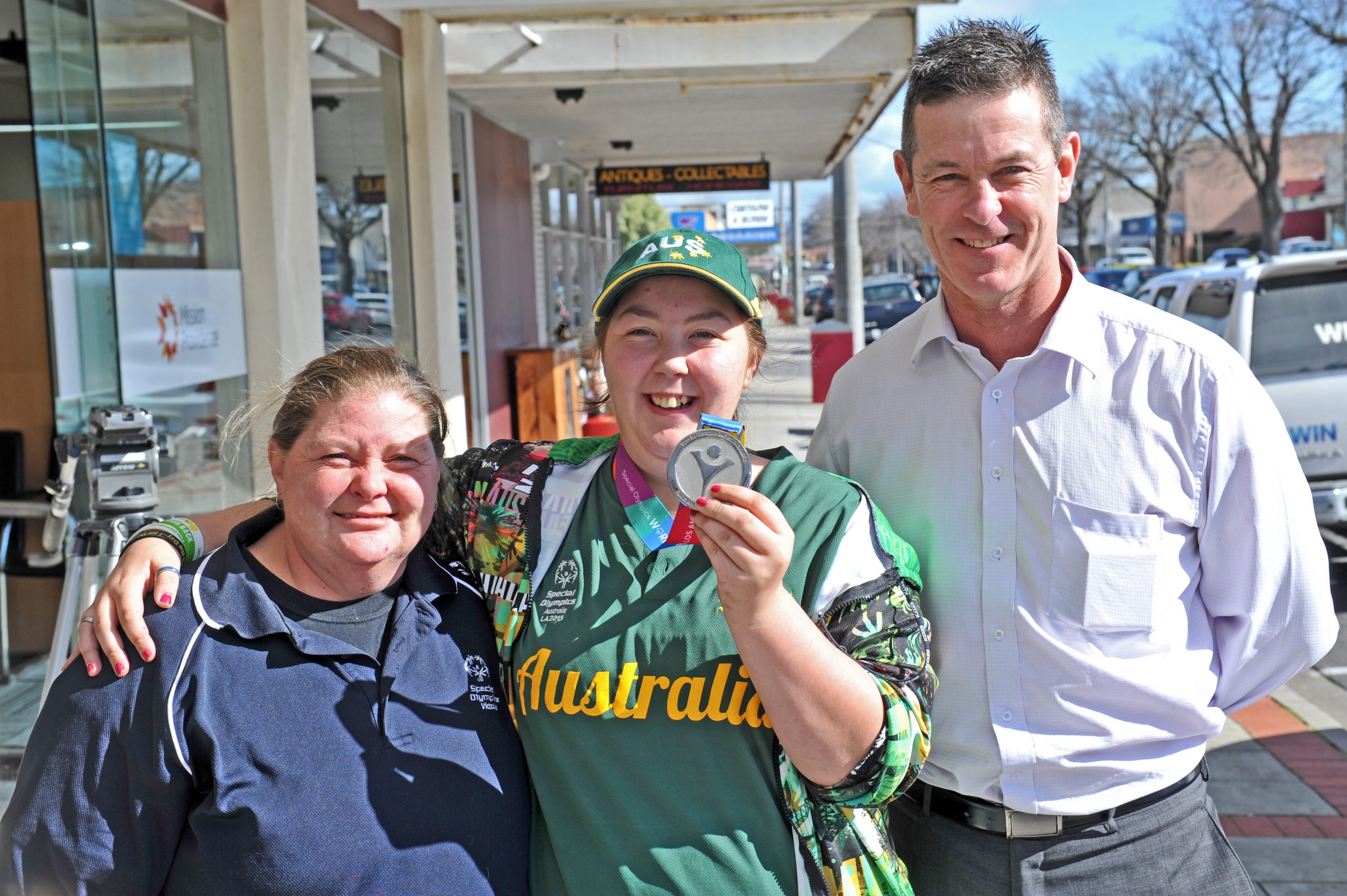 MORWELL’S Kerryn Gibson has returned from the Special Olympics – World Summer Games in Los Angeles wearing a silver medal around her neck and a permanent grin from ear-to-ear.

The 17 year-old was the second youngest member of the Australian softball team which travelled to the championships and helped the nation to a second place finish.

Casting aside her normally reserved demeanour, Kerryn’s elation upon winning an international medal was palpable.

“She was extremely excited, she was pumping the fist, not her usual MO,” Kerryn’s mother Jo-Anne said.

The Gibson family is notoriously sporty; three out of five of Jo-Anne’s children compete at a national level for athletes with an intellectual disability.

Son Jake claimed a silver medal with the Australian soccer team at the 2011 World Summer Games, while daughter Amie-Leigh has played alongside Kerryn at all tiers of softball, including last year’s nationals.

Kerryn’s selection to play for Australia was bitter sweet when she discovered Amie-Leigh had missed out.

“When Kerryn was first selected she was so excited, but really upset too, because big sister wasn’t picked, she was going to be going overseas on her own” Jo-Anne said.

“She’s always done softball or baseball with her sister.”

Kerryn began playing baseball aged five, but as she grew older she and her siblings began to have difficulties in mainstream sport.

Coaches had little experience dealing with intellectual disabilities, and other players were at times less than understanding.

“They got to a point, because they have a disability, most coaches struggle.

“They’re happier (playing softball) because they’re with people of their own intellect and they’re not being bullied (by other players).

Kerryn has thrived since the transition, culminating in her outstanding efforts at the World Summer Games.

It may not have happened but for the generosity of the community, which came together to help fund Kerryn’s international journey.

“We want to say a huge thankyou to those who have supported her endeavours to get all her finances (together to travel to the event),” Jo-Anne said.