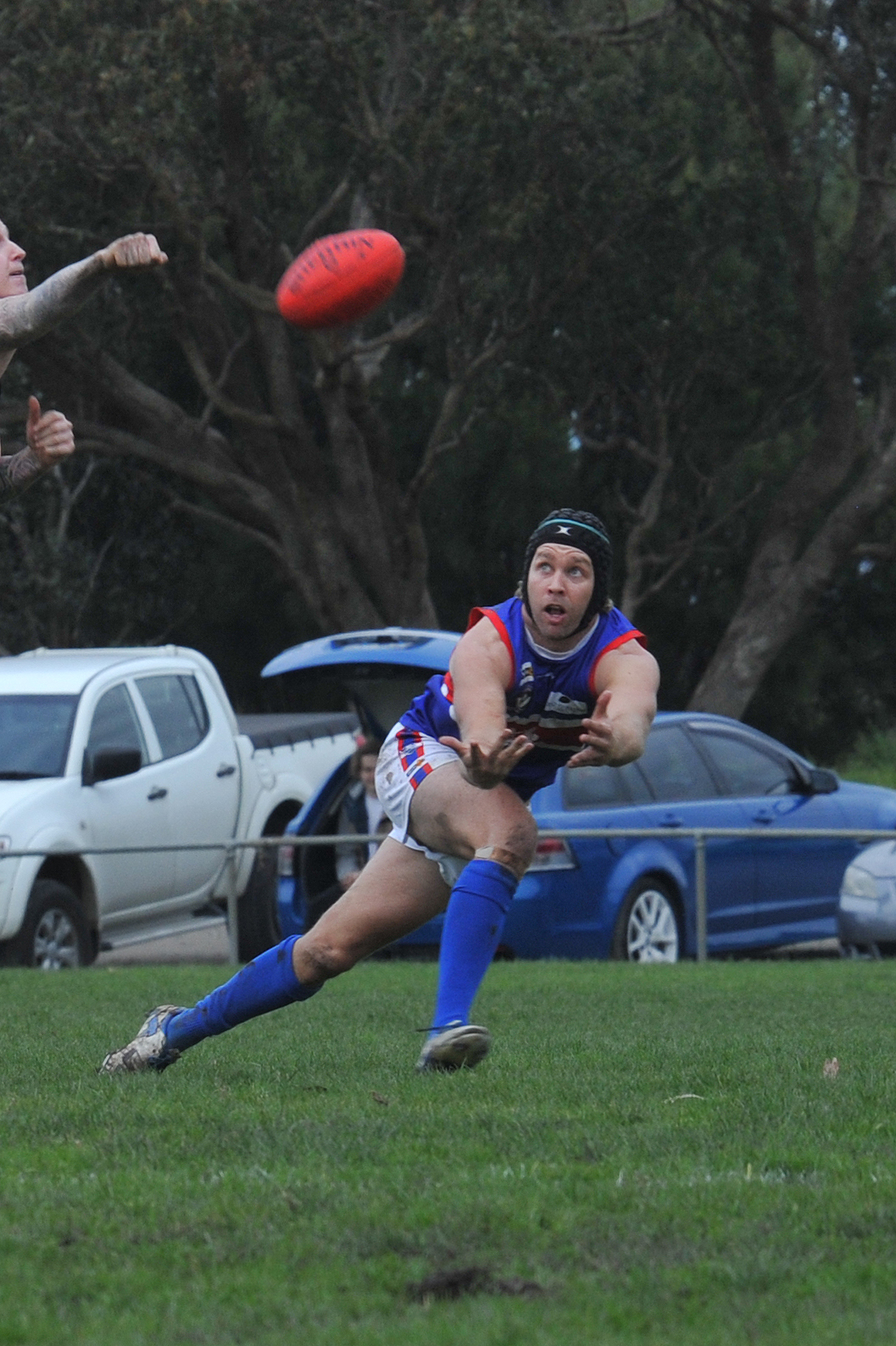 YARRAM’S finals hopes were dashed at the death for the second consecutive season at the weekend, with a narrow loss to Sale City bundling the Demons out of the North Gippsland top five.

Churchill did enough against Glengarry to secure passage to the post-season, while Heyfield jumped to third after edging out Traralgon Tyers United.

GRAND finalists of the past three seasons Heyfield held on by one point against one of this year’s biggest improvers TTU to sneak into the finals.

It came down to the second last kick of the day in a match which saw the lead traded back and forth throughout.

Trailing by two points, TTU worked the ball from defence along the wing.

Ricky Cochrane looked goalward with his kick to centre half-forward, which was followed by another bomb into the forward line.

With the clock counting down Rhys Martin came from behind the pack to take a high flying mark.

The Bomber’s set shot from 35 metres out on a slight angle looked set to sail through the goal posts but for the fingertips of the Heyfield defence, which reduced the score to a behind.

It was a contest that had it all, the lead changing hands regularly, injuries to key players and finals berths on the line.

However it all came down to an epic 25 minute final term.

Arresting the momentum late in the third term to grab a two point lead at the final change, the Kangaroos grinded it out in the early stages of the fourth.

Registering the first goal of the quarter the Kangaroos’ experienced campaigners rose to the occasion; defender Andrew Lambie swept across half back chopping off the loose ball, while Adrian Cox made his presence felt when he was moved into the middle of the ground, amassing centre clearances.

As they looked to run away with the contest, Stephen Hawkins bounced through one of his four to bring the margin back to three points.

It was quickly answered when the Kangaroo midfield sent a spiralling kick into Jesse Jackway, who registered his first major. They came again, patiently moving the ball forward before TTU, led by Brian Graham, created the turnover to send the Bombers forward for a goal.

The Bombers made it two in a row, and stole back the lead through Cochrane.

It was answered by another as the margin quickly blew out.

Heyfield’s Matt Goodwin was instrumental in keeping Graham at bay, and made something from nothing when he combined with Nic Dowse to push the ‘Roos forward.

The play did not come off, however Jackway marked to reduce the margin to four points. Making the most of the Bombers’ lack of tall timber in the ruck contest, thanks to both Luke Middleton and Jay Neagle succumbing to match ending injuries, the Kangaroos came again.

Kodie Woodland stabbed the ball into Daniel Stubbe who took a solid mark on the lead to put the Roos in front, and they held on by the skin of their teeth.

The win elevated the Kangaroos to third position, with the Bombers now facing a knock out elimination final bout against reigning premiers Churchill.

A 12 goal haul from Gormandale’s Jordon Sandy was one of the highlights of the Tigers’ clinical crushing of Woodside.

Intent on sending coach Luke Henderson out with a win, the Tigers were forced to work hard for the points.

Gormandale struggled to shake the visitors early in a tight physical opening term, as the sides went goal for goal with Sandy and Wildcats captain Ryan Foat finding the sticks regularly.

The contest opened up in the second term with a barnstorming eight goal to three stanza handing the home side a handy 32 point buffer at the long break.

A strong third quarter showing by the Wildcats set the tone for an entertaining final quarter, as the visitors reeled the margin back to two straight kicks.

Coach Daniel Risol and Dylan McLachlan were the main architects in the revival.

But as close as they came the Tigers put the foot down; Sandy was sublime and his dozen majors followed a bag of 10 a fortnight ago.

It was a battle weary contest for Glengarry, but the 2013 premier did not make things easy for 2014 champion Churchill in the Cougars’ bid to make finals.

The visitors booted four goals in the opening term, with a further eight scored ahead of half-time to extend the lead to 56 points. The Cougars registered a further eight majors to run into finals on the back of some solid form. Churchill’s win saw it through to Sunday’s elimination final.

With finals in sight Saturday’s match against Cowwarr was a must win for the Blues to seal the minor premiership and week’s break. Chipping away at the scoreboard early the Blues held the Saints at bay despite a quiet second term.

YARRAM needed to win or have results of two other key contests fall in their favour to reach finals in a case of deja vu for the Demons.

Inaccuracy hampered both sides in the opening term, with an incredible 12 behinds scored as both sides failed to trouble the goals.

As the contest settled, the Demons found their way in front of goal to slam home five majors to one ahead of half-time to put the Dogs on notice.

The Dogs, through Nick Grainger, ate into the Demons’ 23 point half-time lead, reducing it to one point at the final change.

City came home the stronger to leave Yarram out in the cold once more.