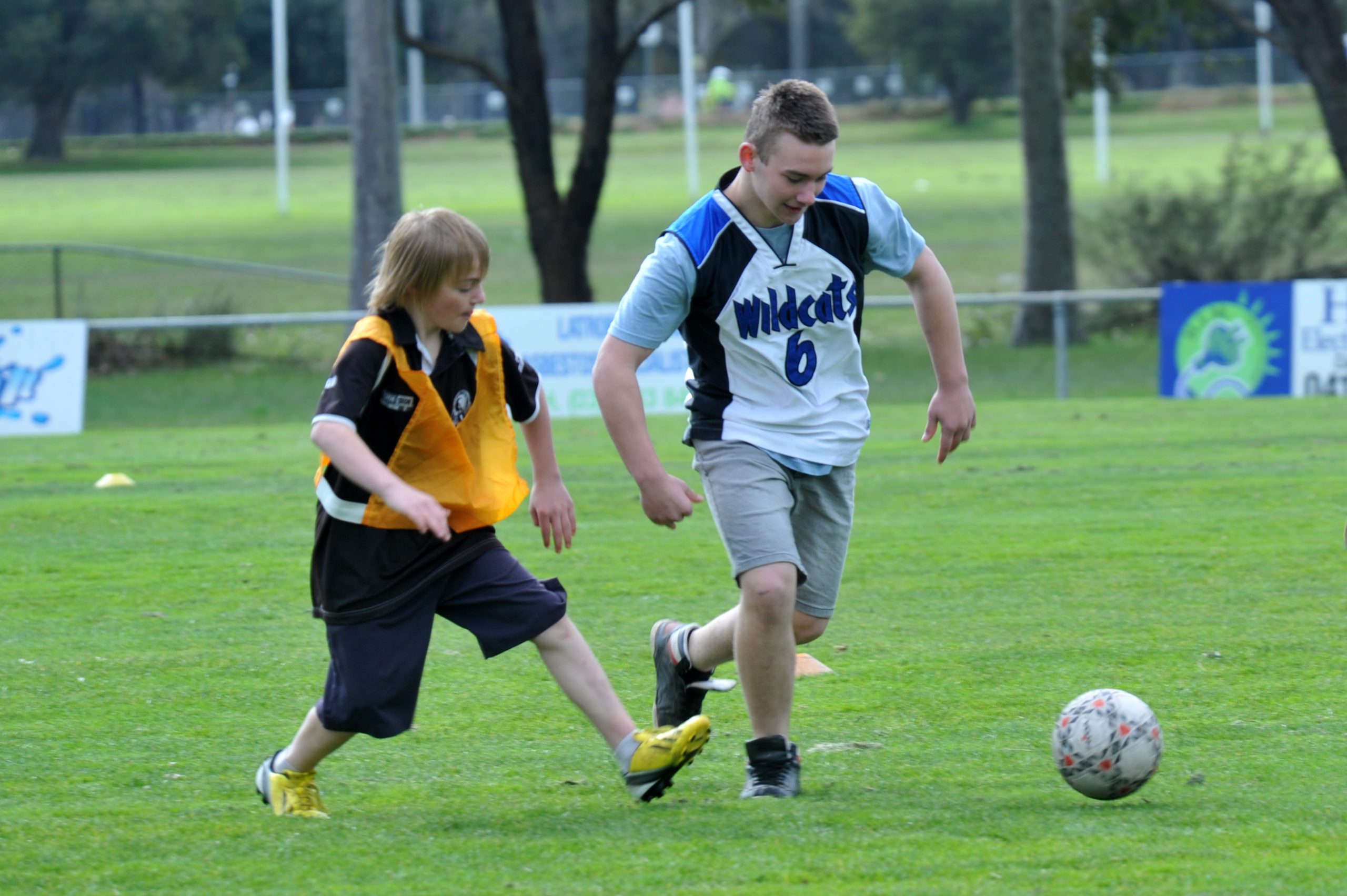 CAMARADERIE was the theme in more than just name when Baringa Special School hosted the eighth annual Friendship Games at Burrage Reserve.

A record 200-plus students from developmental schools converged on the 2015 soccer gala day, forming bonds with their peers and mainstream school contemporaries.

“It gives kids from mainstream schools exposure to kids from special schools and gives a better understanding and relationship,” Flynn said.

“Probably one of the reasons it’s getting so successful, I believe, is there’s not a lot of opportunities for kids from special schools to play against their peers.

“It’s taken for granted at mainstream schools that you’ll play interschool sport against other schools.”

Schools from East Gippsland, South Gippsland and Officer regions made the journey to participate, making this year’s gala the biggest to date.

Flynn said the Latrobe Valley community event of the year continued to grow due to the support of local organisations such as the Newborough Yallourn United Soccer Club, which opens its facilities for Baringa every Wednesday.

The presentation ceremony was a highlight of the day in which participation was celebrated.

“As always it’s the Friendship Games (so) the focus is on participation. When you hand out the medallions at the end of the day you see the smiles on the kids and how excited they are and that’s what makes it a great day,” Flynn said.