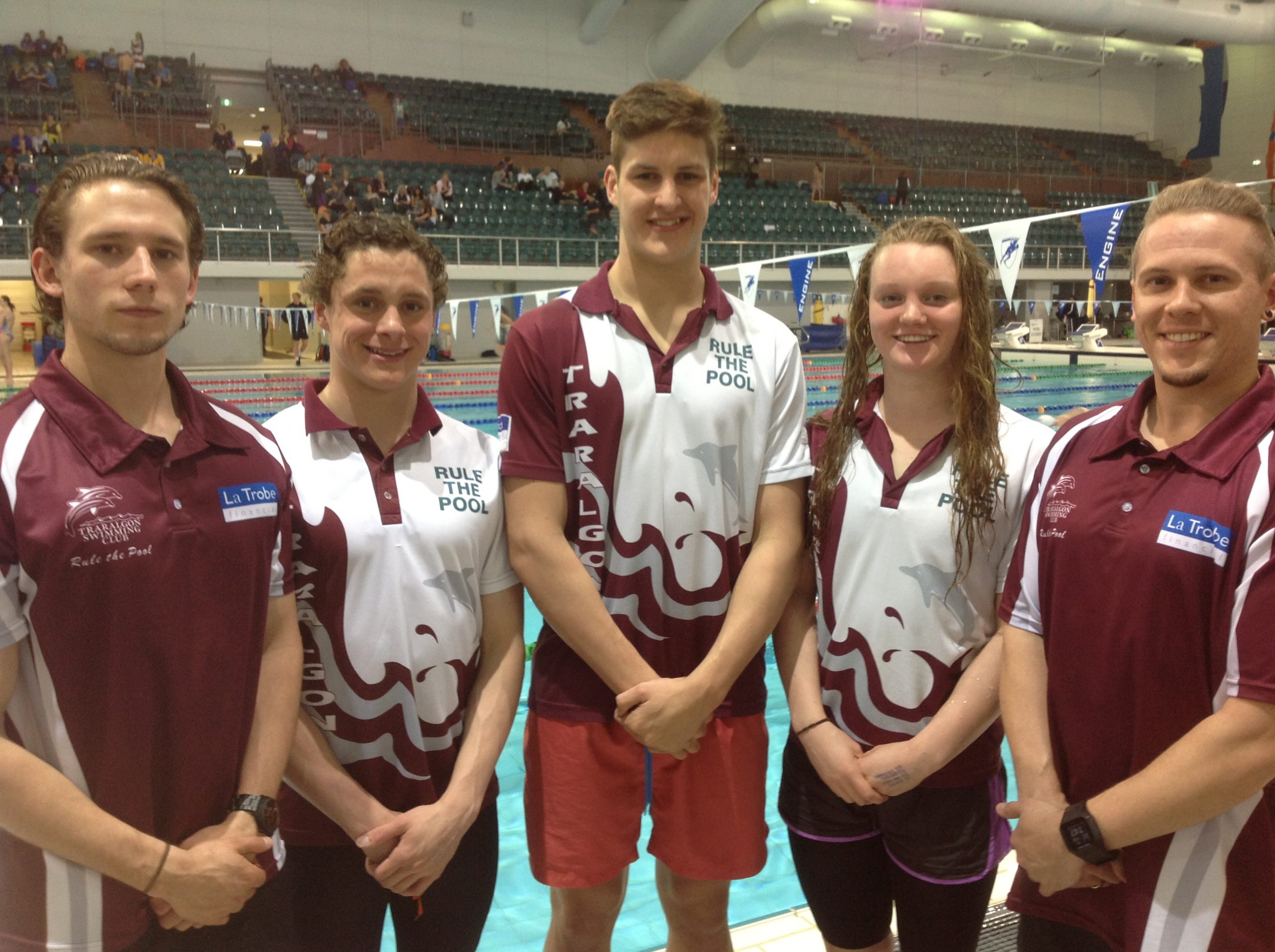 A total of 28 swimmers managed five gold, nine silver and nine bronze medals, along with seven country and 18 out of Gippsland records.

“We achieved or bettered each of these benchmarks with some fantastic individual results.

“The team were exceptional in and out of the pool.”

His win in the 100 metre backstroke was the highlight of the meet with some brilliant underwater skills leading to a 57.89 second swim, smashing his own 14/15 years country record by more than a second.

Male captain Caiden Gill scored four medals, including one gold, with a country record in the 100m freestyle (49.58s).

Other medal winners were Elodie Reid (15) in the 200m freestyle and Fabienne Schoutens (16) in the 100m breaststroke.

Fabienne also broke a long standing out of Gippsland in the 16 years 200m freestyle, clocking 2.04.91 to beat the previous benchmark of 2.05.34 set in 2001 by East Gippsland’s Kate Buckley – a national medallist.

The result marked the 16th successive year Traralgon finished top 10 in the state as best country club at the meet.

Three swimmers – Alex, Mikaela and Caiden – were selected in the Victorian State team for the Australian Team Championships at the end of September at the Australian Institute of Sport.

The other swimmers will compete at the 11/12 years Open State Championships before 35 attend camps at Runaway Bay on the Gold Coast or Lakes Entrance.