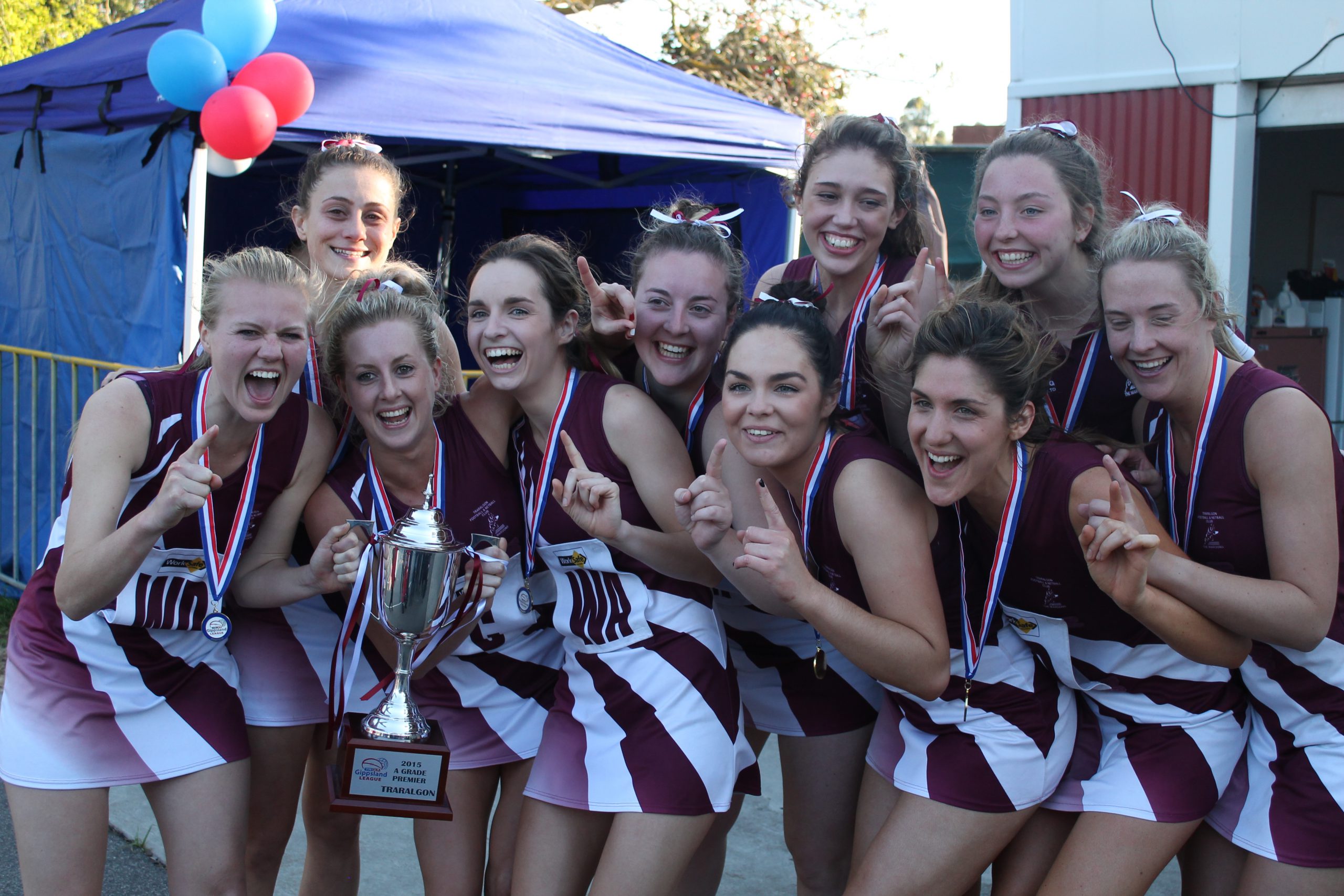 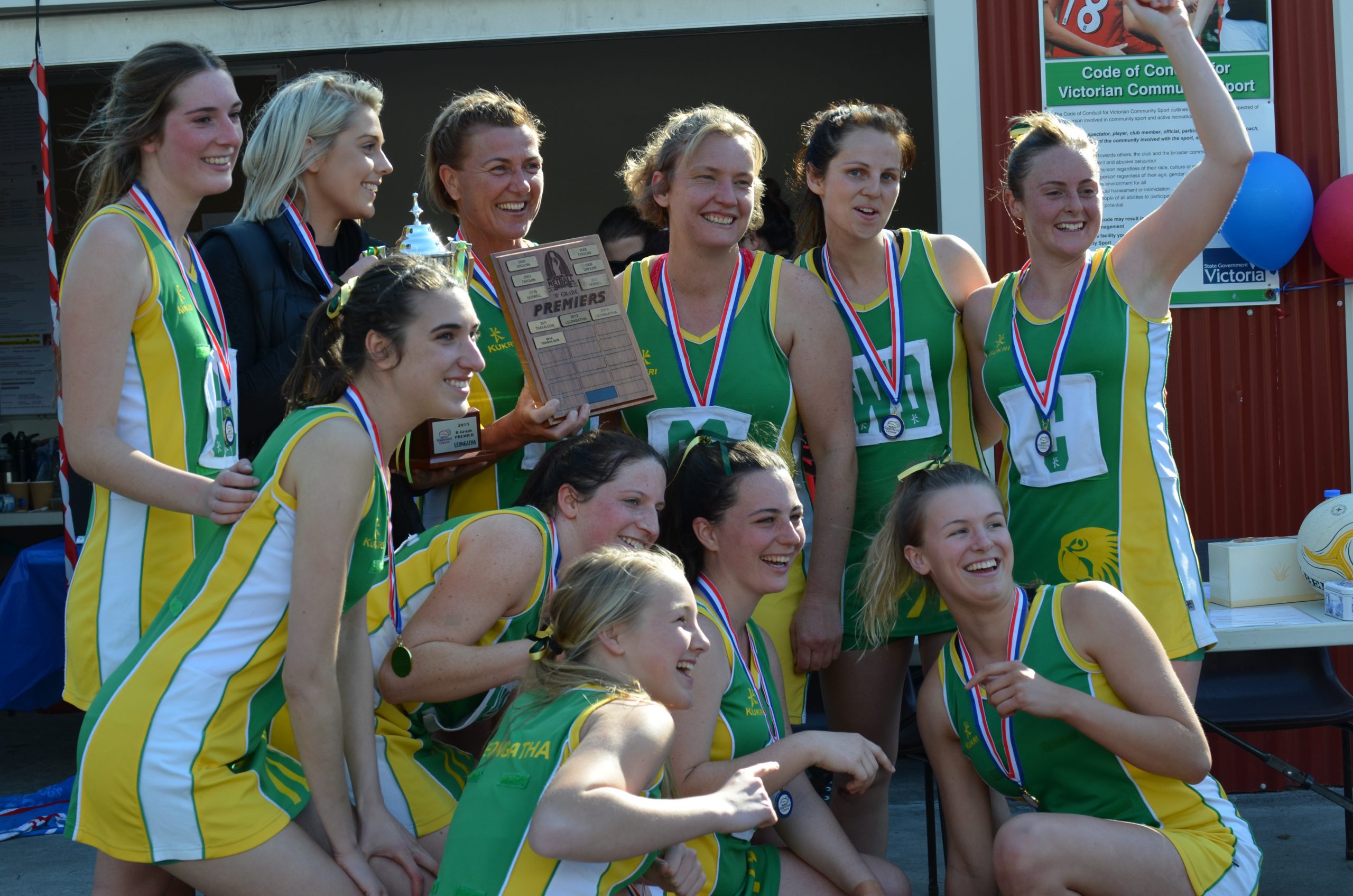 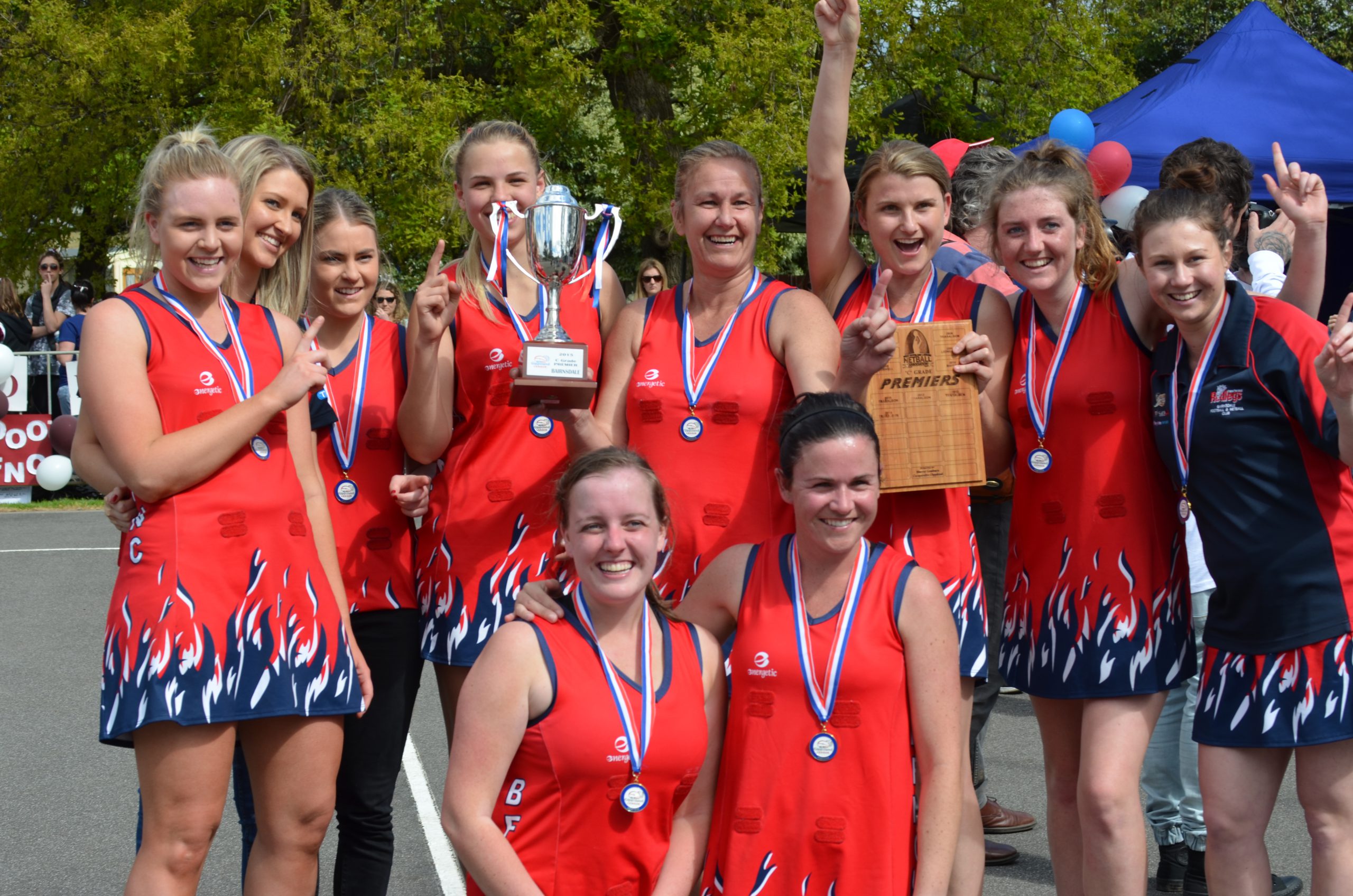 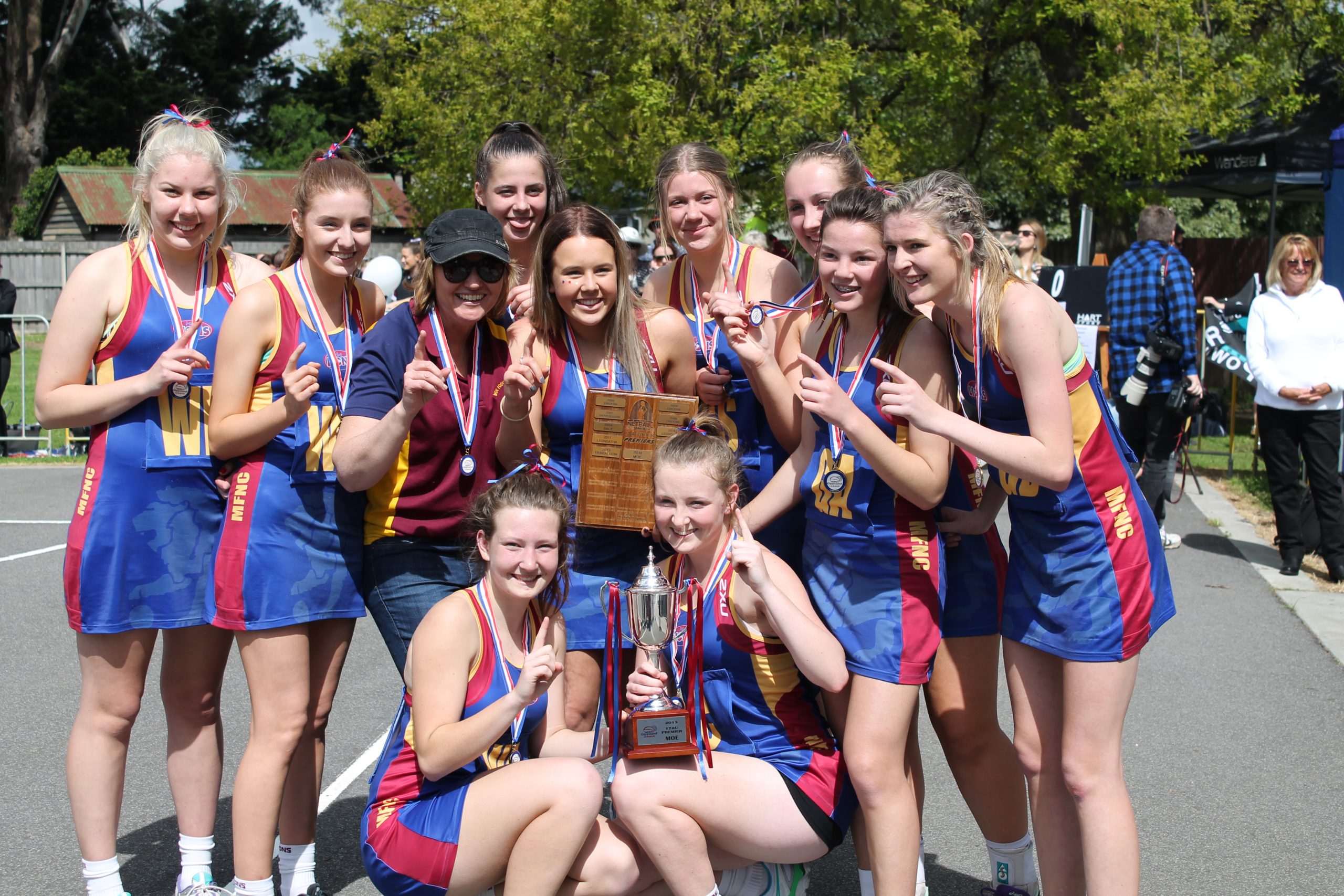 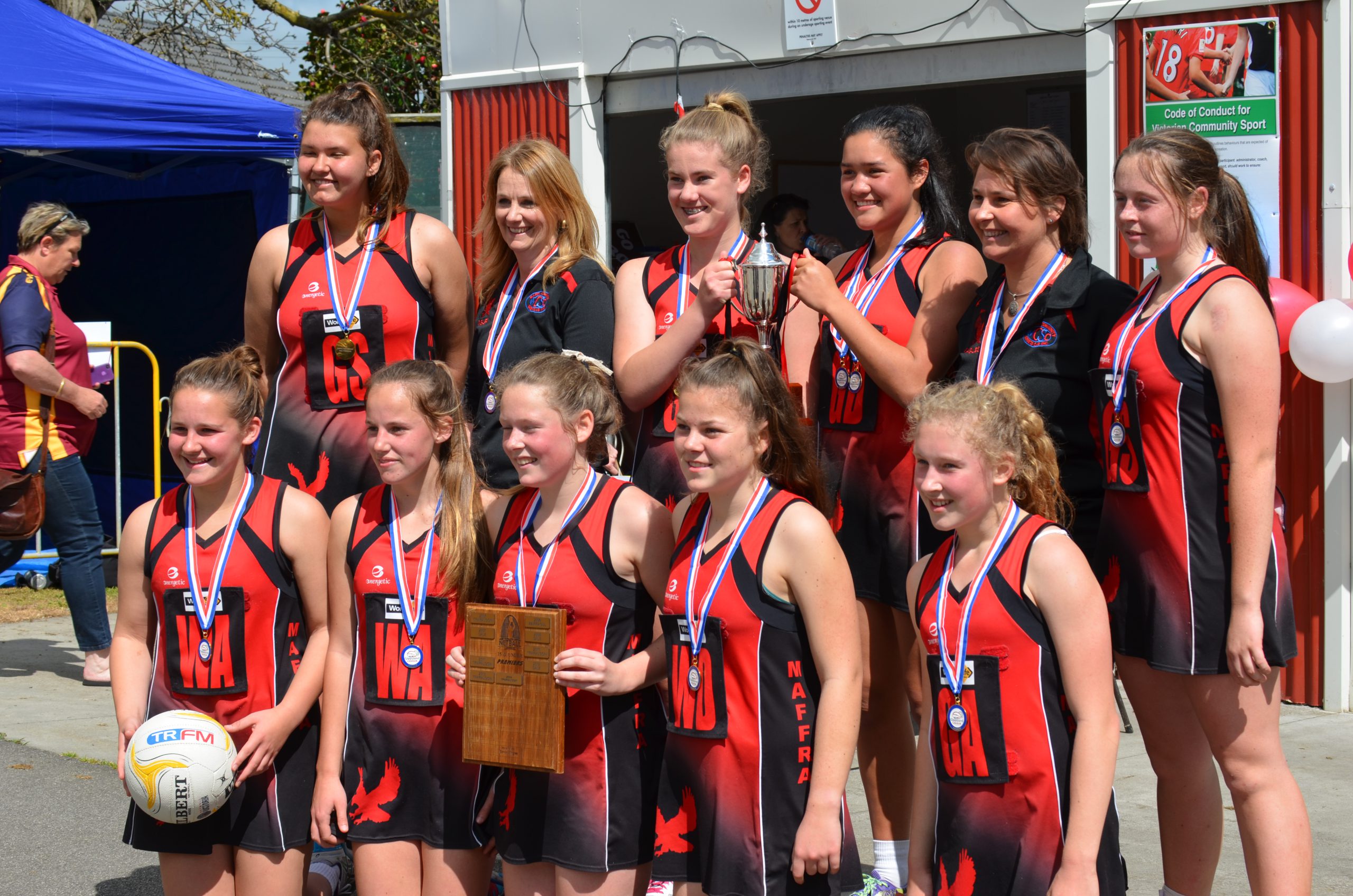 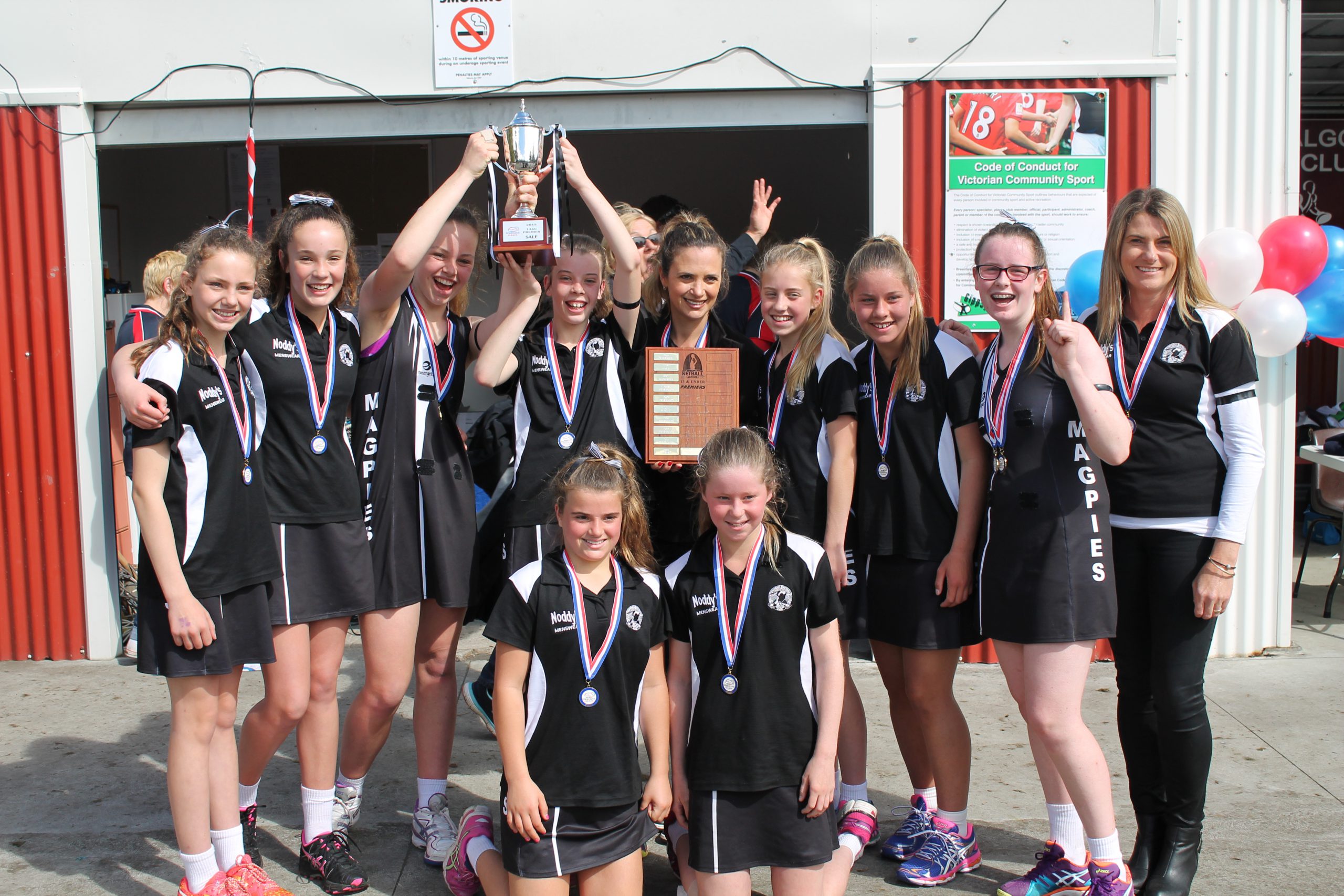 IN just her second season at Traralgon Kate French became a Gippsland League A grade premiership netball coach at the ripe age of 24.

Traralgon fought back from an early deficit to secure a Maroons football/netball senior double, defeating Drouin 54-49 in the grand final at home on Saturday afternoon.

State shooter and best-on-court Ramayer Gourley was the difference in a frenzied final term as she sunk and rebounded everything in the offensive goal circle.

French said Gourley’s combination with Maddison Stockdale was a highlight down the stretch.

“Ramayer is a wonderful goaler; she’s not just tall she’s agile, she’s got the ability to jump and rebound, and she’s got a great netball brain as well so credit to her, she pulled the game together,” French said.

“With little Maddi Stockdale running around her, a 19 year-old standing tall and hitting those shots when they double teamed her, it was a really great effort by both of them.”

French said the A grade title was a just reward for a young side which had stepped up this season when given the opportunity.

“It’s amazing, the girls have put in so much effort and to come away for the win I’m actually lost for words because out of everyone these girls deserved it the most,” she said.

“Drouin is an incredible side, they’ve got some amazing players and they’ve played together for longer than I can even recall.

“It was a tough slog but we knew they were going to come out like that, they’ve got spirit and we had to show that we had that as well, and to come back with a win is just incredible, it’s really overwhelming.”

After relinquishing a first half advantage by three-quarter-time, Drouin found itself behind late in the fourth quarter.

Down 49-46 with minutes left on the clock, the Hawks closed within two goals but could never eat any further into the deficit.

Gourley made a clever move to gain possession and goaled to restore the three-point buffer at 50-47, before Drouin hurried a reply.

The Maroons were slowing the pace down with ball in hand and again it was Gourley who converted their forward move after a strong rebound from goal attack Stockdale’s shot.

A long range shot from the Hawks dropped as the Proctor sisters tried to spark a revival, but again Gourley was too strong in the post at the other end to keep the Maroons safe at 52-49.

When Stacey O’Brien forced a turnover and Stockdale capitalised to extend the margin to four it was all over.

Stockdale then added the icing with another goal on the final whistle to help her side run out five-point victors.

French said the addition of Gourley to the lineup this season had added an important dynamic to the attack.

“Ramayer is the first tall goaler we’ve had here for a while at Traralgon and the girls needed to learn how to feed a tall player; we’re so used to having a quick offensive side and not necessarily having someone tall to hit,” French said.

“When we had that opportunity it took us a bit of time to get used to it, but the girls came through with the goods and I couldn’t be more proud of them.”

LEONGATHA spoiled the Traralgon party with a boilover 50-34 victory in the B grade grand final.

The minor premier Maroons had no answer for the Parrots, with best on court Kathy Reid engineering a convincing 16-point triumph.

BAIRNSDALE came all the way from fifth place to a premiership with a rollicking 25-goal win over Wonthaggi in the C grade decider.

After scraping into the finals series over Sale by four percentage points, Bairnsdale stormed through September action and was the last team standing.

Tara Cowell was named best on court in the finale.

MOE caused a dramatic upset over Sale in the under 17 grand final, knocking the minor premier over 45-42 in extra-time.

The Lions held their nerve in added time to lift the trophy, with Maleah Travers receiving best on court honours.

MAFFRA showed no mercy to East Gippsland rival Sale in the under 15 grand final.

The Eagles were relentless at both ends of the court to run away with a 52-16 victory.

The win capped off an unbeaten season for Maffra, with a 33-33 draw against the Magpies in round 10 the only minor blemish on the season.

Faith Biddle was best on court.

SALE accounted for minor premier Wonthaggi for the second time in the finals series on Saturday to take home the championship trophy.

After knocking the Power off in the semi-final last fortnight the Magpies repeated the dose 37-31.

Clare Brown won the medal for best on court.