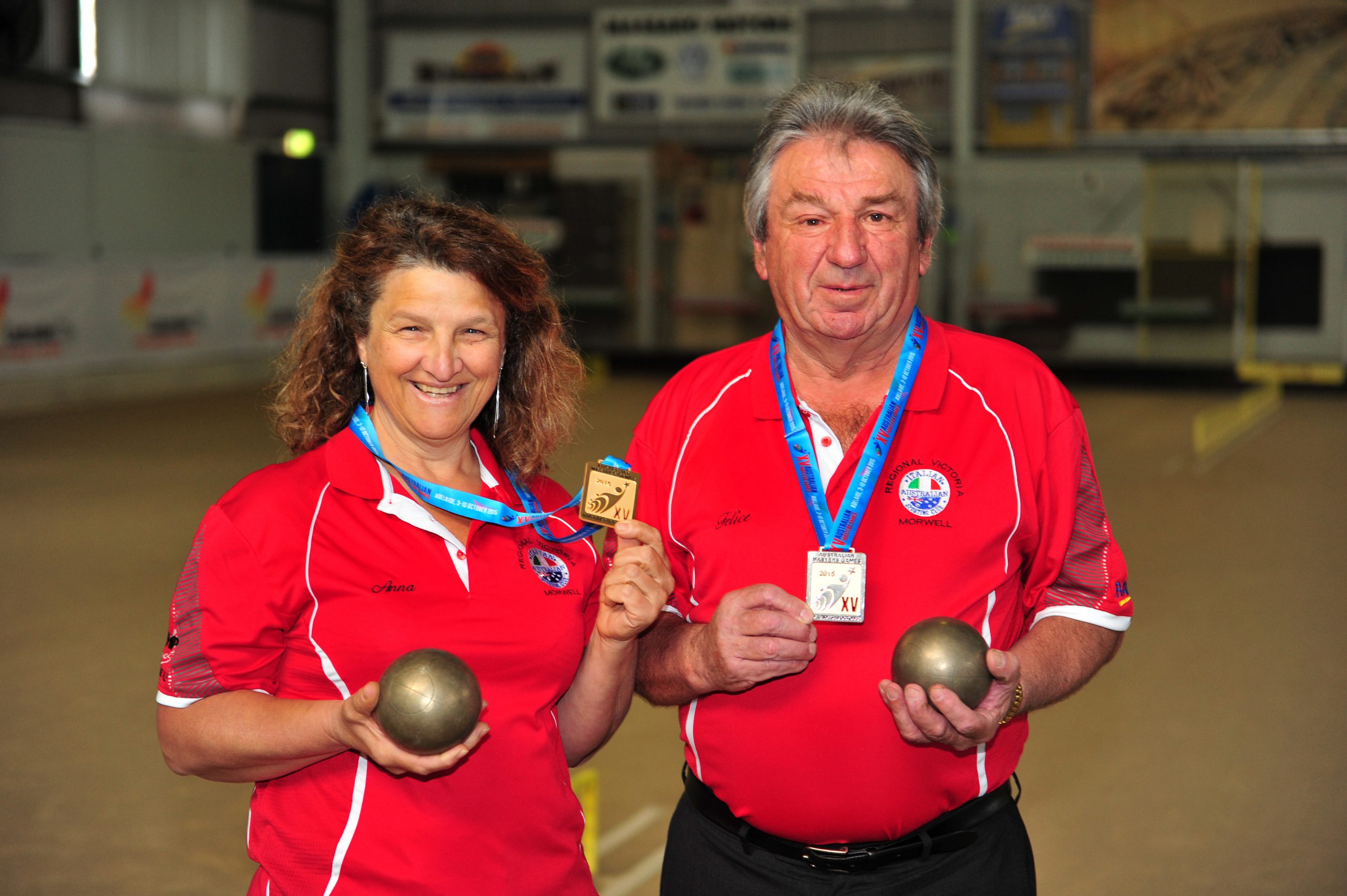 HUSBAND and wife duo Anna and Felice Prezioso made it a golden Masters Games debut for Morwell Bocce Club this month in Adelaide.

The duo secured the club’s maiden gold medal at its first Masters, taking out the pairs event ahead of clubmates Gino Montuoro and Mirella Mancini in third place.

It was nearly a double dose of gold the following day in the quadretta competition.

The event was organised by the Australian Bocce Federation and will be staged next in Tasmania in 2017.