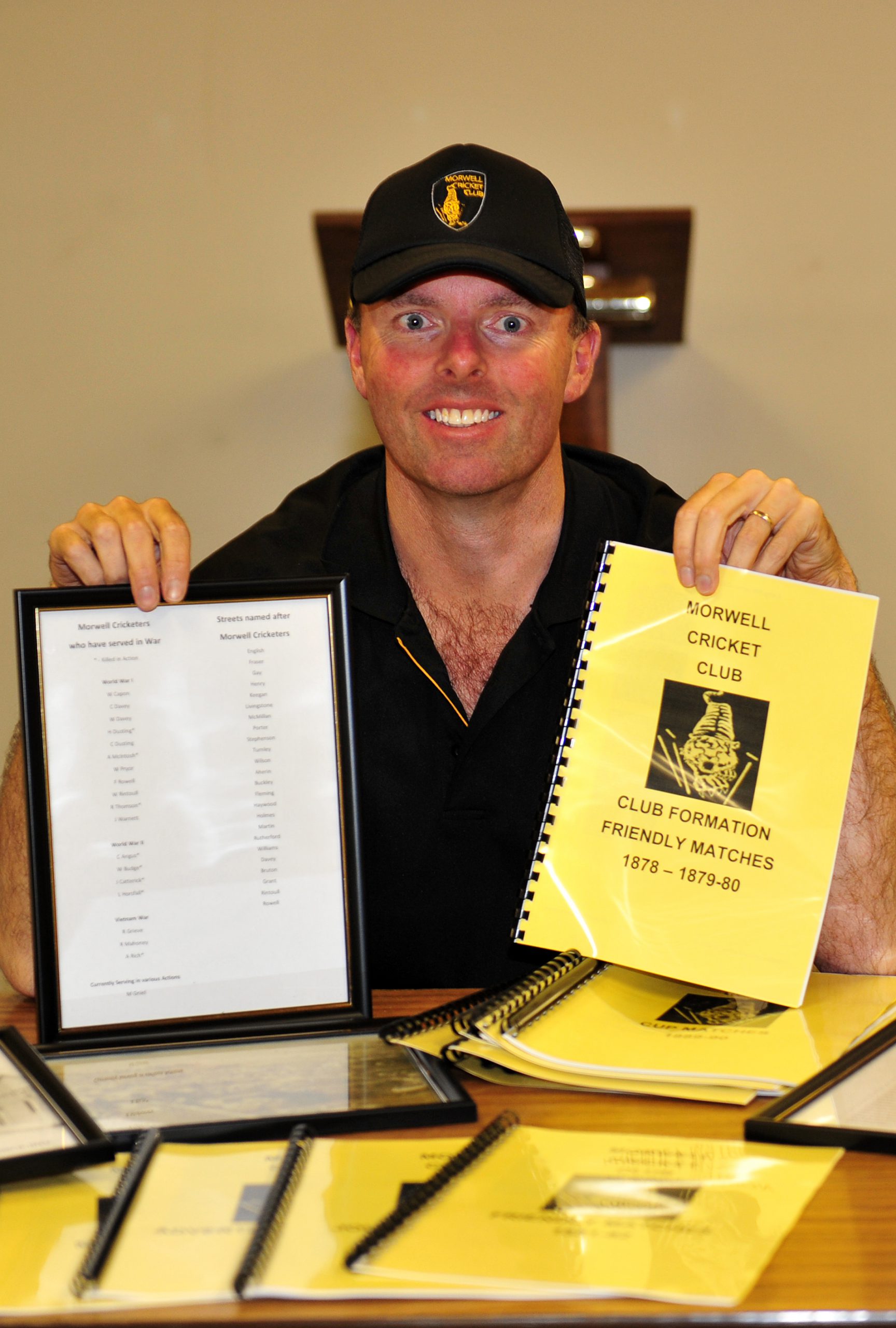 THE history books have been re-written at Morwell Cricket Club with the discovery of seven years’ worth of forgotten records.

Utilising online search tool Trove, Smith came across reports of cricket in the town from the Gippsland Times prior to coverage by the Morwell Advertiser, which was established in 1886.

“We had no record of that at all and from there it just grew. That was just a pure random search to see if there was any cricket in Morwell prior to 1885,” Smith said.

Much of the early coverage was infuriatingly vague – many reports detailed the weather and sportsmanship of players without mentioning results.

So ambiguous was the media that Morwell’s first definitive recorded victory did not come until 1884, five years into the club’s official lifespan, but Smith still unearthed a number of gems from 1878 onward.

Smith found the first game played in Morwell was Boxing Day 1878, and the club was officially formed on 10 October 1879 at the site of Panther’s Mensland, which at the time was Murdoch’s Cricketers Hotel, pulled down in 1930.

Another half dozen centuries have been added to the MCC database, along with the revelation a previous incarnation of the Latrobe Cricket Club existed for a single season in 1884.

The two games Morwell was supposed to play against them were both washed out, meaning the two never met until the ‘modern’ era of the Sharks began.

Another footnote indicates 24 streets in Morwell, including Buckley, Aherin, Keegan and Rutherford, were named after Tigers cricketers.

The home of Phillip Keegan, the grandfather of the club and its home ground’s namesake, still stands in part at 28 Hazelwood Road.

“The front half of that house is still there… it’s one of the very oldest buildings in Morwell,” Smith said.

In 1882 a report on Sale’s scheduled fixture against Morwell said the east Gippsland team did not make the journey to play, “probably scared of the rain”.

The Morwell Cricket Club sent Sale a telegram to say the weather was fine and that they would never play them again after being slighted so.

Some 133 years later and the MCC was true to its word; there has been no match between Sale and Morwell since that fateful telegram.

Smith said the process of compiling the new history, along with additions to the existing records, had taken about 15 months to complete.

“I’ve had a long history of doing the club’s records anyway, going way back to when I was a uni student, and with the relative ease of being able to research it all I just kept going,” he said.

“I’ve got records now of 1770 players that have played for the club, including two guys that died at Gallipoli.”

All the information and club records dating back to 1878 have been compiled and uploaded online to the Morwell Cricket Club website, hosted by mycricket.

Smith believes it may be among the most comprehensive online databases of any cricket club in the country, and has brought several former club members out of the woodwork.

“We’ve had quite a few former players contact the club… and found an old hundred or a scorebook from 1963; it’s certainly connected quite a few of our former players again with the club, which they might not have been associated with for 50 years,” he said.

The revelations mean the club’s centenary celebration 23 years ago may have been a bit off the mark, but coincidentally remains the 100th year of actual competition in lieu of years lost due to war.

The early records did not alter any of the club’s top performed by the numbers, with John White still the leading run scorer in club history with 10,037, Colin Mahoney with the most wickets at 887 and most appearances with 463.