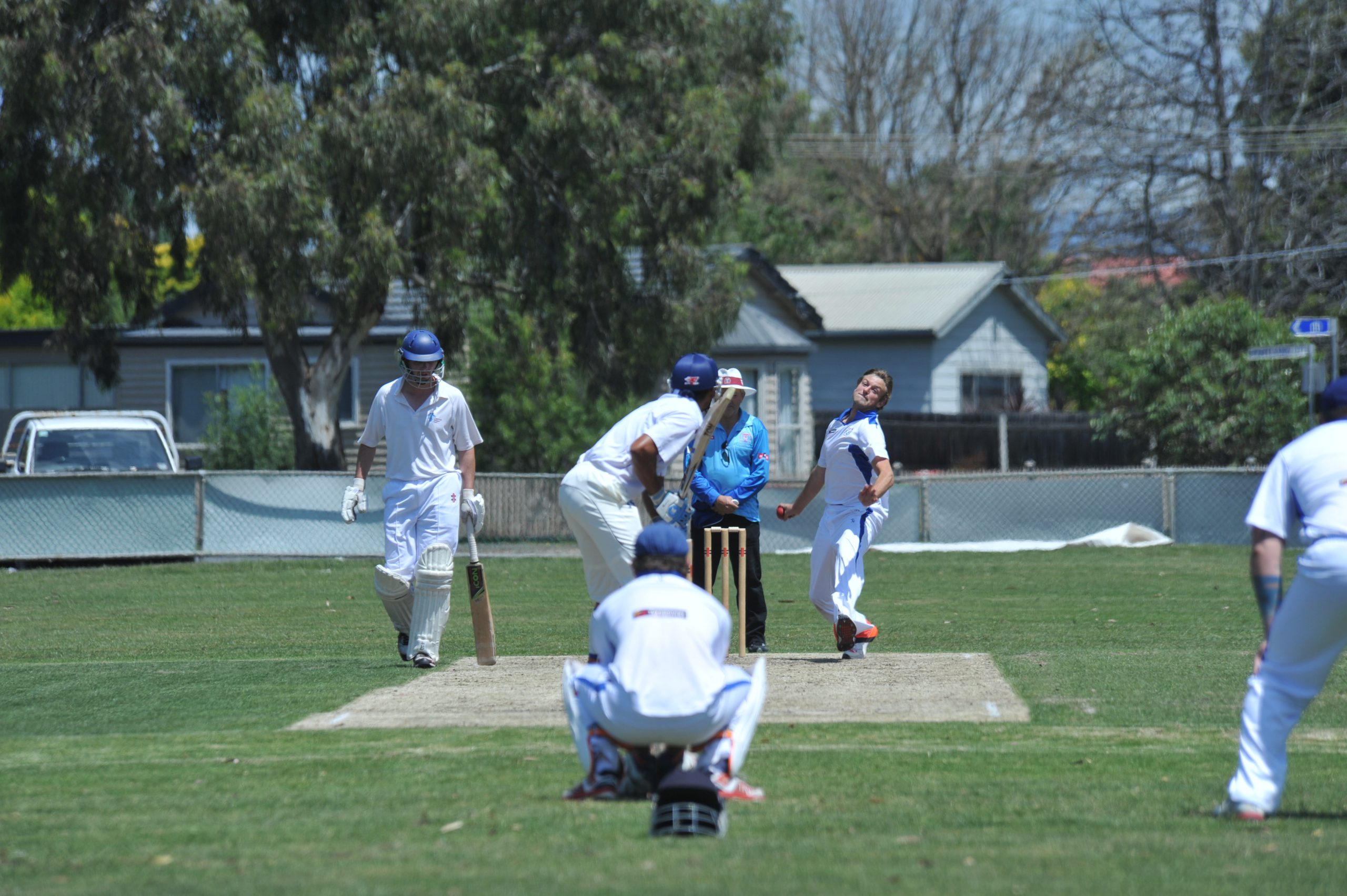 IN keeping with the theme of the Adelaide test match Traralgon and district cricket was dominated by the ball on day one of round five.

Ex Students were the exception as Jordan Gilmore creamed a majestic 121 to lead the Sharks to an imposing first innings total against Traralgon West.

CENTRALS had no hesitation in batting first but was dealt a blow when the in-form Mark Rawson was dismissed for four.

A steadying partnership of 54 between Sam Gray (17) and new import Karandeep Singh (36) put Centrals back on top.

Zac Gray held the middle order together, top scoring with a well made 54, as Centrals was all out for 172 after 73 overs.

Stephen Morgan was on fire for CATS with a brilliant 6/34.

CATS faced seven overs and is 1/10 after Marc Fenech made the breakthrough.

CHURCHILL decided to bat first and was in immediate trouble after the first five wickets fell for just 18 runs.

With the new ball seaming around the Cobras batsmen couldn’t get comfortable and were dismissed for 67 after 35 overs.

Reigning Cox Medallist Shaun Barbour was brilliant with 5/27 off 15.

The Tigers batsmen wasted no time chasing down the runs and threw caution out the window as they smashed 8/126 and declared after 30 overs.

Brad Wadlan top scored with 45 while Conor Little made 27.

Churchill faced 15 overs in their second innings and compiled a steady 0/32.

IN a lop-sided clash thus far Traralgon West won the toss and sent Ex Students in.

The move paid off early as newly selected Gippsland Cricket League debutant James Pryde was out for five.

That was all the joy on offer for the West as Greg Munro (62) and Jordan Gilmore took over and added 145.

Gilmore was superb, smashing balls to all boundaries with ease on his way to a brilliant 121.

Looking after his average was Stu Anderson (35*) as the Sharks declared after 62 overs with 3/234 on the board.

Traralgon West’s reply was off to a poor start and it finished 2/19, losing Brenton and Tim Howe both to LBW.

IN an important clash Glengarry won the toss only to find strife, bundled out for 111 in the 47th over.

Nathan Campbell continued his great form as the association’s premier leg spinner with another four-wicket haul to take his season tally to 22 at an outstanding average of eight.

The reigning premier is in dire straights as Imperials reached 4/72 at stumps.

They need a further 40 to win and put a severe dent in Glengarry’s back-to-back campaign.

Brett Chapman is not out 31 while Steve Wright has taken all four wickets to fall.

ROVERS would be happy with their total of 193 after winning the toss and batting first.

Nilantha Thillekarathna continued his form with another half-century, with his 56 taking his season tally to 195 runs at an average of 40.

Pete Ingwersen made 27 while a late order revival saw Greg Bramwell (32*) and Anthony Wilkes (37) drive Rovers to a competitive score.

Josh Sandy, Tim Dunn and Jason Veneman all took three wickets to share the spoils for the Rams.