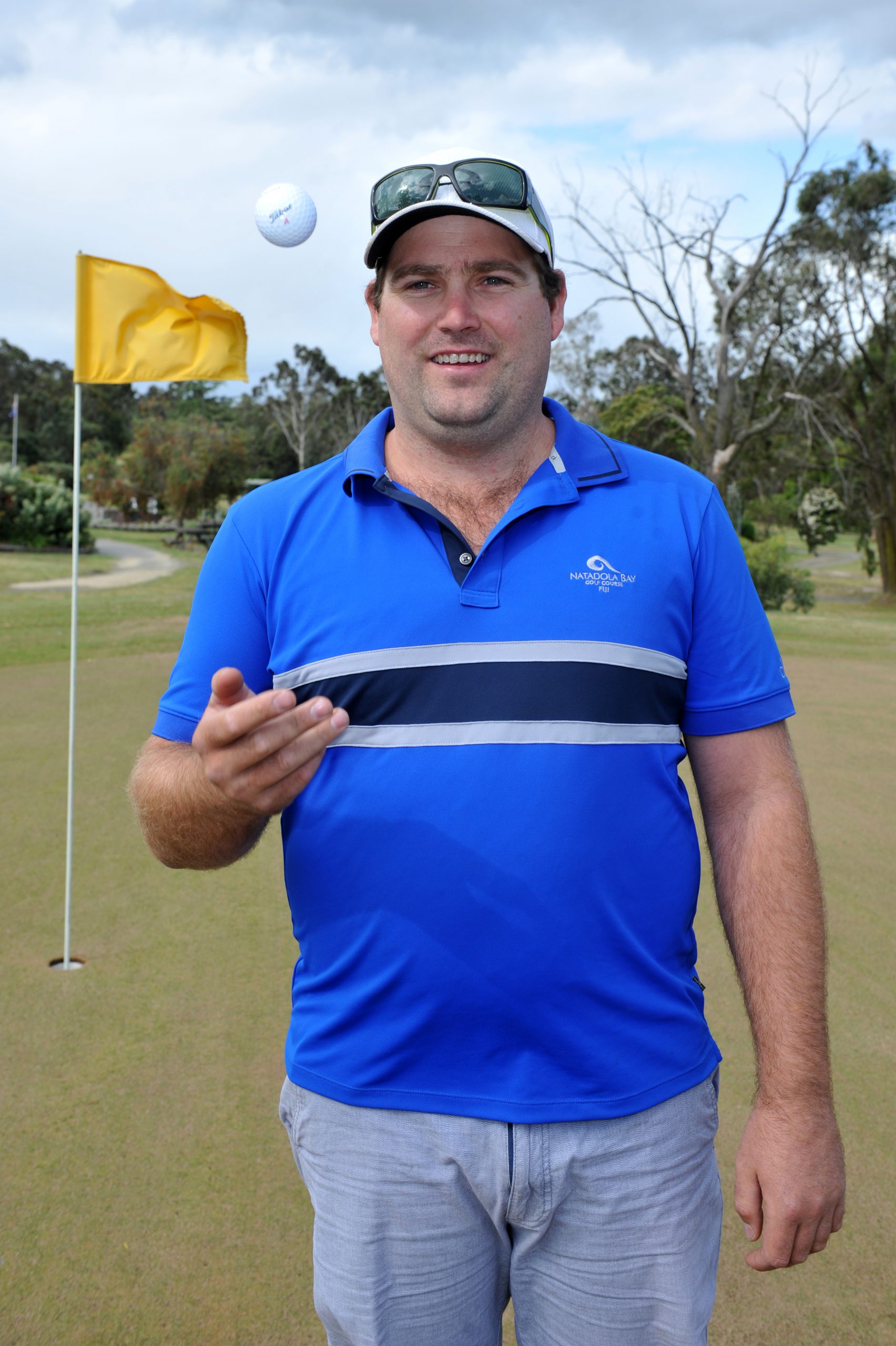 THE flight of an albatross is an impressive sight in nature, one emulated flawlessly by Chris King’s Titleist at Morwell Golf Club’s chicken run this month.

The 29 year-old sent the ball soaring off the tee on the par five 18th to roost within range of the elevated green at the foot of the clubhouse.

An uphill lie did not deter King as he struck his five iron approach and when another long flight came to nest in the cup the rarest bird on the golf course was sighted for the first time in the weekly competition.

King’s albatross, a three under par score on a single hole, was the first of his career and sent a thrill through not only his playing group but the entire club when he turned in his card.

“(There were) a few high fives, a bit of carry on and a few beers afterwards,” King said.

“The (club) was really good, gave me a dozen balls and (is) getting the ball mounted on a trophy for me.”

Playing off a handicap of 19.2 the albatross salvaged King’s round, leaving him with a 44 through nine – standard fare for the former Rosedale footballer.

The magical effort came as a shock on a hole seldom conquered by King.

“Salvaged the round definitely, I had a seven and an eight (that day),” he said.

“Definitely a change of pace on that hole for sure, I think I’ve only parred it twice, all the others have been well and truly over.

King labelled the effort the crowning moment of his 15 year-old golfing career to date and easily trumped a few nearest to the pin efforts.

It also added to his lifetime scoring flock, with the fabled albatross joining one eagle and “a few birdies”.

The once in a lifetime shot vindicated the decision to join Morwell Golf Club this season, after he was poetically attracted to the club for its chicken run.

“If you’re not doing anything on a Thursday night get over and have a cheap meal and a game of golf,” King said.