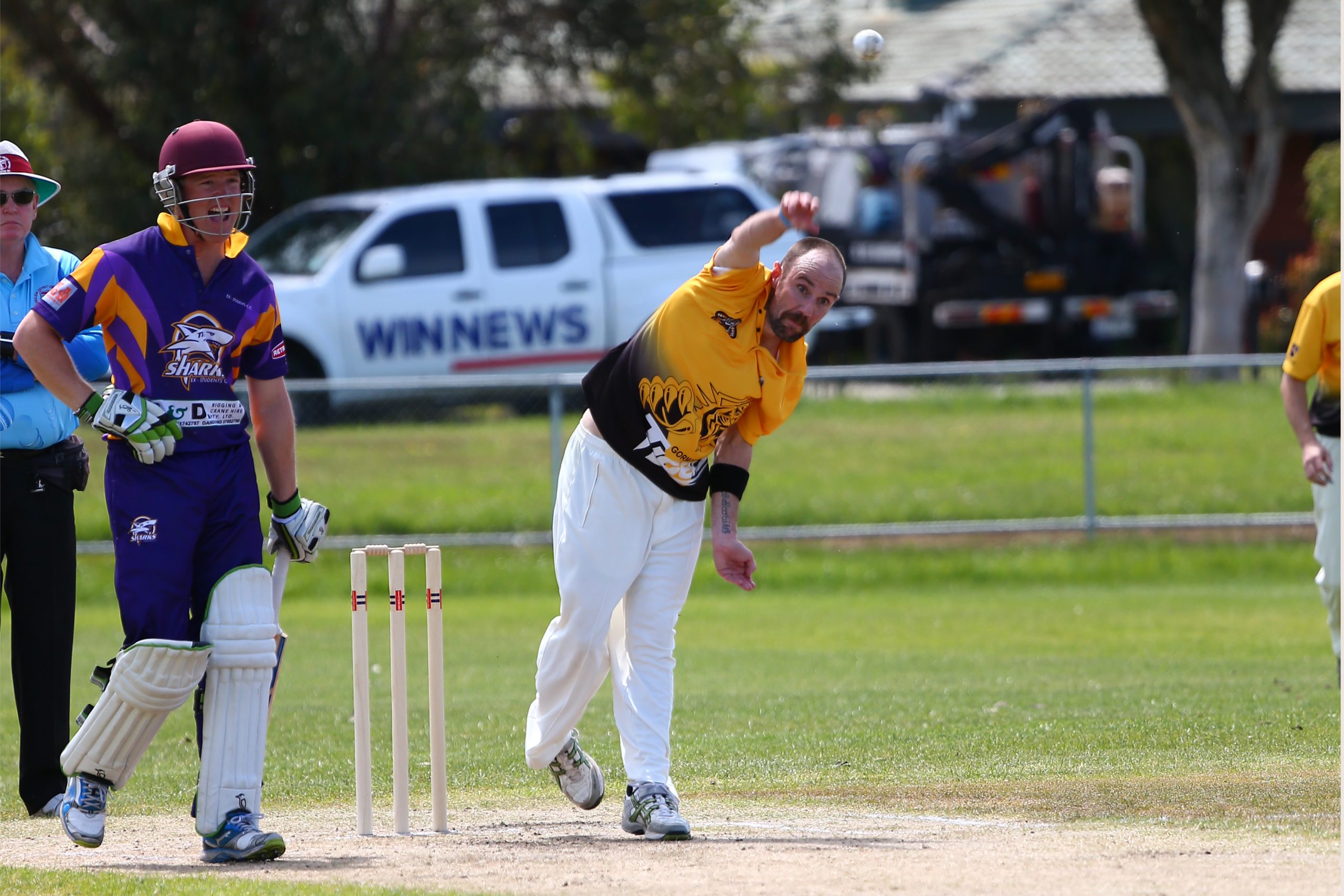 GORMANDALE legend Shaun Barbour will have to wait until the new year to celebrate his 200th game for the Tigers after extreme temperatures forced the cancellation of his milestone match on Saturday.

The club skipper was celebrated nevertheless over the weekend when he was inducted as a club life member at just 28 years of age.

Lauded in a speech by one of his Gormandale mentors in former teammate Grantley Switzer to commemorate the occasion, Barbour will soon join his father Shane as a member of the 200 club at the Tigers when the league resumes on 9 January.

The reigning Len Cox medallist has already cemented his legacy as one of the premier players in the competition’s history with a staggering 251 wickets at an average of 12.5 from 103 A grade appearances.

His track record is matched only by his loyalty; Barbour has been a one club player since he first kitted up for his father’s team Gormandale, 20 years ago in the under 12s, barring a short stint at Ex Students when the Tigers failed to field a junior side.

Dad Shane was a late bloomer, beginning his career aged 28 before racking up in excess of 200 matches, a milestone son Shaun has already reached by the same age.

“I’m really proud (to reach 200), there’s not many people who have done it. To be one of those now… it means a lot to follow in dad’s footsteps and be in the same category as lots of other champion players,” Barbour said.

One thing the two men have in common is their swing bowling proficiency, with Barbour junior in particular an outstanding exponent of the right arm variety.

Bowling in tandem with Adam Brady for much of his senior career, Barbour has netted supreme individual and team success.

He’s played in four A grade premierships, was man of the match in a losing grand final against Churchill, and has been named TDCA, GCL and Country Week player of the year.

The Gormandale star attributed his achievements to the club culture at his beloved Tigers and influential teammates such as Grantley and Travis Switzer.

“I’ve been lucky enough to have lots of people influence me through juniors and seniors (so my success probably comes from) learning off those players I’ve had around me for so long, copying what they do and listening to their ideas and adding that to all the stuff I know,” Barbour said.

“Grantley and Travis they both helped me and guided me when I was coming up into A grade in the early days.

“Adam Brady I’ve been lucky enough to have him bowling at the other end for most of my A grade career, so he’s been a partner as well I suppose, he’s been a great help and a great influence.”

Barbour was elevated into the A grade lineup during a period of prolonged success, but when he assumed the captaincy last season he was thrown in the deep end.

In the wake of departing veteran players and several talented recruits, Gormandale finished outside the finals for the first time in a decade.

After weathering a tough baptism, Barbour has helped turn things around as skipper, leading the Tigers back to the top of the table this season by the Christmas break.

“It has changed for me (with the captaincy), making sure I lead from the front really is the way I go about it. Hopefully if I’m playing my role and I can get others to play their role it goes a long way to winning games and being successful,” he said.

As a bowling captain he has been forced to rein himself in, admitting he’s tempted to bowl half the overs himself, but is learning to put a leash on his ambition with the ball.

“It can be a bit difficult… just knowing when to build pressure, when to get other guys on and take wickets, it’s a balancing act,” Barbour said.

While on-field success is returning under Barbour’s leadership, the club captain was adamant the Tigers’ ongoing strength was due to those behind the scenes.

“All the hard work that the people have been putting in for years, the stalwarts around the club who do so much without getting paid, they’re the ones that have made it all possible,” he said.

With game 200 on the horizon against Glengarry on 9 January, the self-confessed “cricket tragic” reckons that number could go a lot higher in years to come.