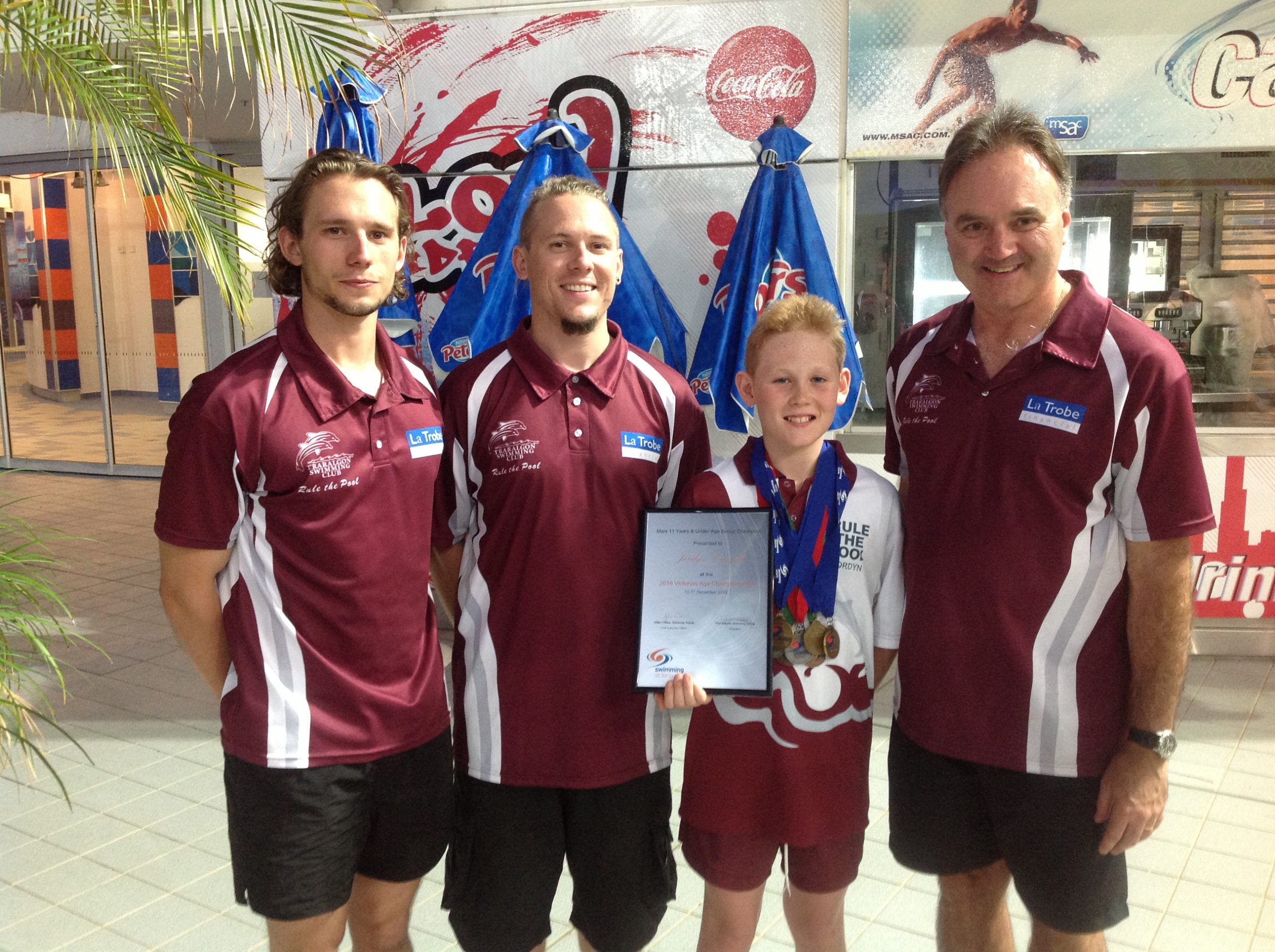 The 50 member team swam in 75 finals to finish with nine gold, nine silver and nine bronze medals, breaking three country and seven out of Gippsland records.

Traralgon was the top country club and finished behind only the three powerhouse metropolitan clubs, Vicentre, Nunawading and MLC Aquatic.

“To be fourth in the state with a club representing a population base of barely 60,000 people with no 50 metre facility takes an enormous effort from parents, swimmer and coaches,” head coach Brian Ford said.

“The results of our athletes is a testament to the hard work, commitment and determination of our club to be the best whatever the conditions.

“We are so proud of our achievements – fourth for the past three years – outstanding.”

The top performer for the club was 11 year-old Jordyn Cargill who won four gold, two silver and three bronze medals as well as taking out the boys’ 11 years overall champion.

Female captain Mikaela Cornelissen (17) dominated her age group’s 100m fly in a new out of Gippsland and country record with her winning time of 1.00.18 edging ever so close to the magic minute mark.

Fellow captain Caiden Gill (17) dominated the short distance freestyle events in his age group, winning the 50m in a time of 23.52, a new Gippsland record, and the 100m free in 50.93, also a Gippsland and country record.

Connor is off to the Gold Coast in 2016 to join the Southport School  aquatics program on a school/swimming scholarship.

First year swimmer Alice Butler (15) swam well in the 200m breaststroke to smash her best time by four seconds and earned silver in the time of 2.39.64.

Traralgon’s relays were competitive with many top five finishes however none matched the achievement of the girls 12 years 4x50m medley relay which won a surprise gold over hot favourites Melbourne Vicentre.

The club will now train for the Victorian Country Championships in Bendigo in about a month’s time where it will aim for its 16th win in 17 years.