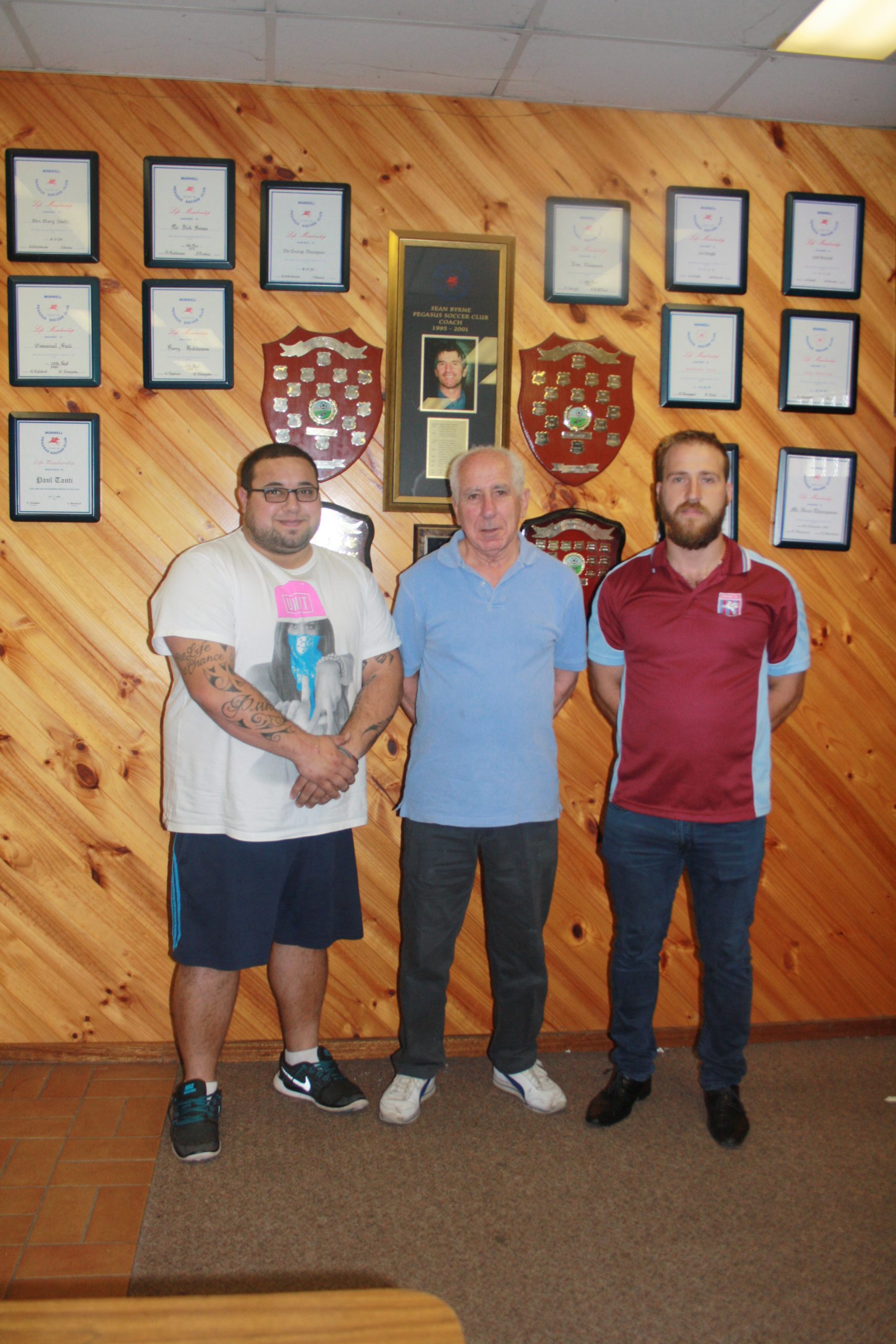 THE local contingent will not be swept aside or overlooked by new Morwell Pegasus state league coach Ivan Bajo.

In fact Luke Cheney’s replacement will attempt to continue the work of his predecessor by blooding more Latrobe Valley talent in the metropolitan competition.

The Dandenong-based coach is no stranger to the current Pegasus crop, having assisted Cheney by taking Melbourne-based training during the past two seasons, and plans to strengthen the core group for sustained success.

Promotion to higher leagues and top four finishes are not among Bajo’s short term goals, but the former Perth Glory junior hopes to create a foundation capable of such feats in the future.

“As far as the squad goes I don’t necessarily see myself fighting for the top four or five, I’m more looking to stabilise, create a team and bring up some youth,” Bajo said.

“I know we’ve heard that probably from a lot of other coaches but I’m actually serious about it, I’ve got my youth licenses and I’ve been at NPL teams where development was very important.

“I do plan on trying… to give the young ones a crack. I’ve got about four players I can think of off the top of my head down there in the reserves who are 18 year-olds I’ll have training with me all of pre-season to get them ready for the senior side of things.

“I’m glad I get to keep all the players, especially all the local ones.”

Bajo has a rich playing history, having joined South Melbourne from Glory when he moved to Victoria as a junior.

Stints at Port Melbourne and Melbourne Knights under 21s followed, before playing with Frankston Pines then signing his first senior contract at Dandenong City.

Bajo played with Dandenong for six years prior to a career-ending leg injury, during which time he also took on youth coaching roles at the NPL club and with Pegasus.

Already familiar with the squad and local talent, Bajo is keen to continue putting the Morwell back into Pegasus.

He plans to have the whole squad train together once a week in Morwell and once near Melbourne, likely Berwick, rather than split the groups by geographic locality.

“This year we’ve got a lot of sessions where we’re together. (In the past) we split the squad and I wasn’t a fan of that because the boys need to be playing together,” Bajo said.

“Hopefully we’ll get some more local people down; at the end of the day it is a Morwell club and the more Morwell players we have the better it is for the club and community.

“I urge players to come down. It will be very different to previous years. I am a player that’s always been loyal, and I am the same as a coach, any club that I’m employed by I take care of.”

Tight-lipped about the style he wanted to employ at Pegs, Bajo said he wanted to focus on ball retention, playing out from the back, creating chances and learning to “love the ball”.

The young coach, influenced by the likes of highly-rated Harry Bingham and Aaron Healy, said he would look to meld ideas from his mentors with his own twist.

“You pick up a lot, I’ve been under Harry Bingham and Aaron Healy, they’re two of the best coaches I’ve worked with,” he said.

“You make your own philosophy up, you pick the benefits from everyone, take the positives and put your own vision into it.

“I think it’s going to be very challenging but I’m looking forward to bringing up the players and youth in a style that I love and having my own philosophies.

“Being 26 I actually see as an advantage. Having stopped playing not too long ago I can relate to the boys and know what they’re thinking, whereas an older manager might be stuck on an older fashion, do or die their way.”

The new coach welcomed anyone to come and try their hand during the trial period, with Pegasus to begin pre-season on 12 January at Ronald Reserve from 6.30pm.

Bajo will be assisted by the returning Matt Pace as reserves coach.

For more information check the Morwell Pegasus Facebook page or phone the club on 0438 345 954.