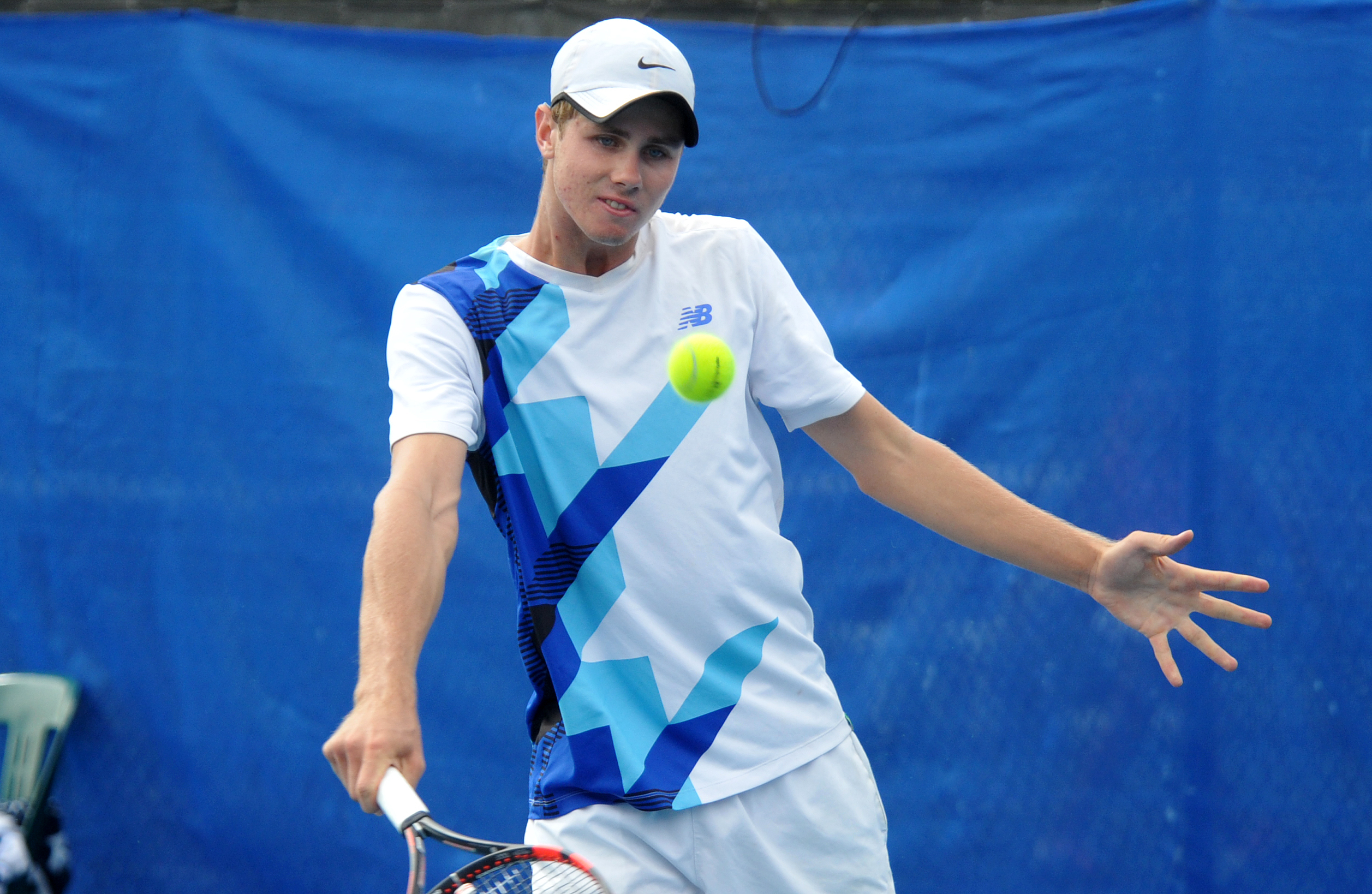 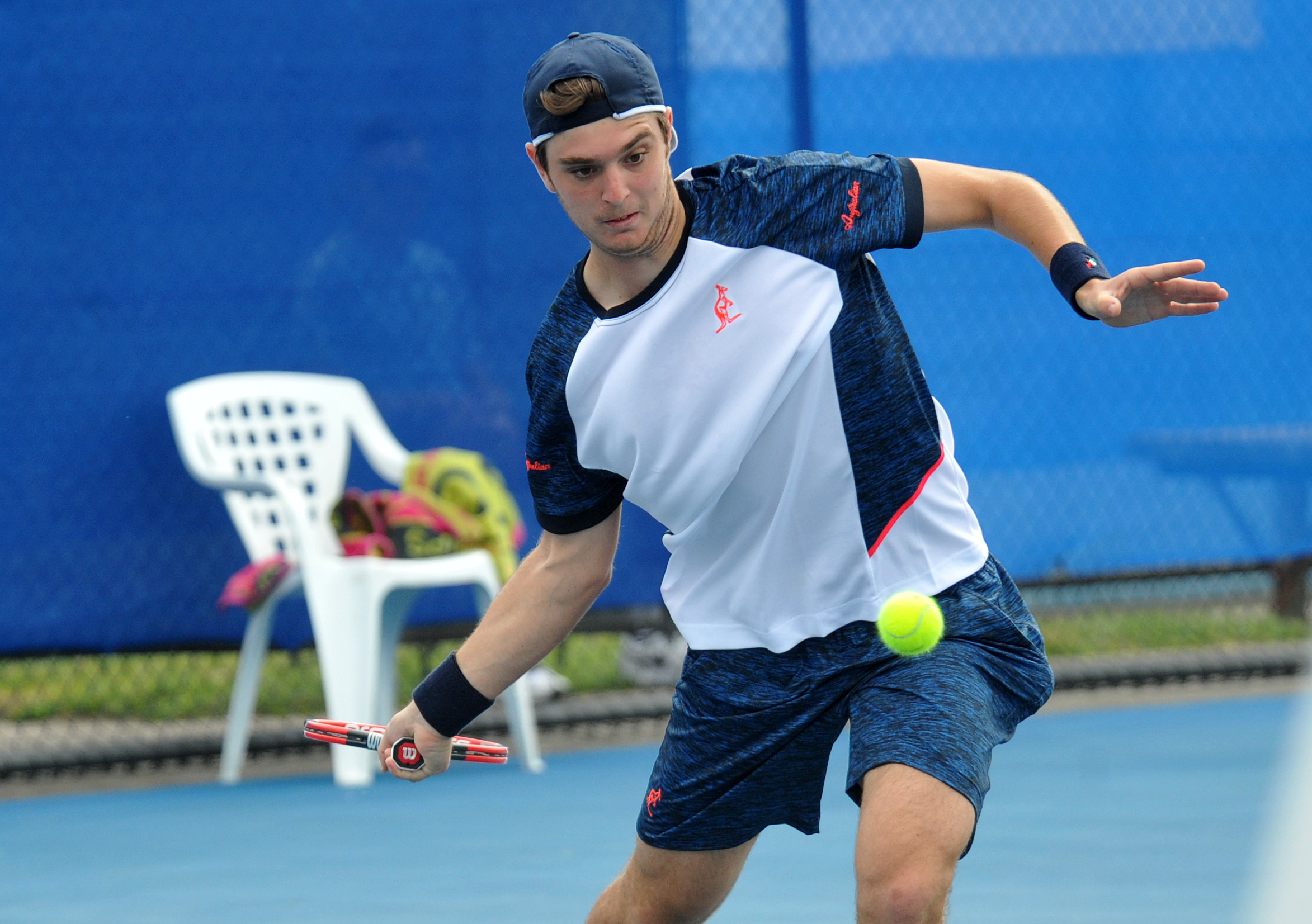 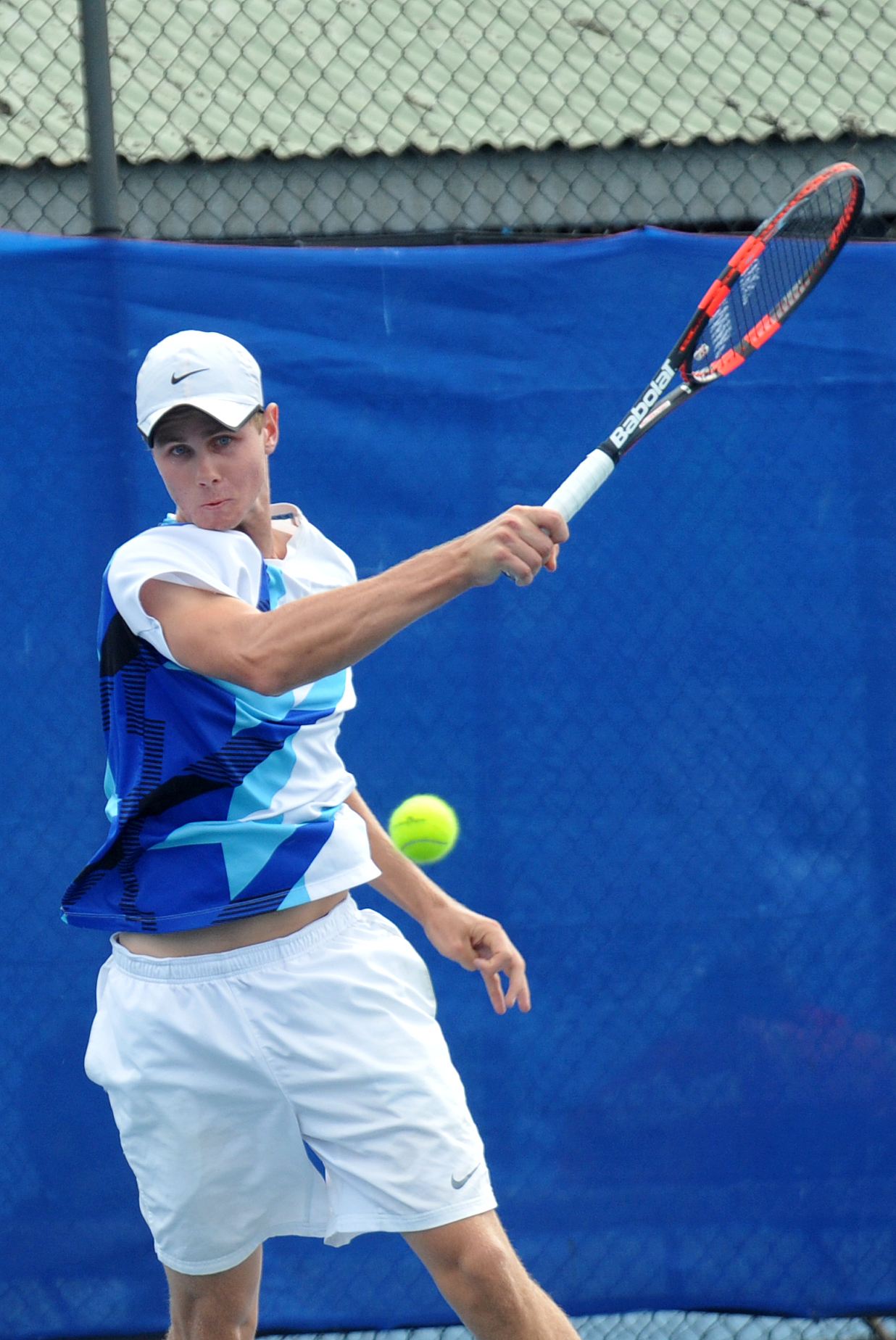 LAST Australian standing in the Traralgon ITF Junior International draw Blake Ellis will feel like a winner regardless of his performance over the final two days of the grade one tournament.

The Queensland wildcard smoked a host of talent well above his ranking of 175 to reach yesterday’s semi-final against Miomir Kecmanovic of Serbia and has loved every minute of the ride.

Armed with a devil-may-care attitude and an aggressive gameplan, the long-levered banana bender has blazed his way deep into the main draw singles bracket and had no plans of slowing down after knocking over Italian Giovanni Fonio in Tuesday’s quarters.

“I haven’t really had any pressure on myself so I’ve just been playing, going for my shots, going for my serve, and it’s been paying off,” Ellis said.

“I just wanted to see how well I could go against the best in the world and I’ve played pretty well so far.”

Ellis adopted an attacking gameplan against Fonio to advance to the final four, constantly charging the net on deep approaches and nailing his big serve with impressive consistency.

After taking the first set 6-3 he served the second set out with nerves of steel, hammering four big first serves to cruise home.

Ellis said aggression had been a focus during his preparation training block, in which he hit with the likes of fellow favourites in Traralgon, John Millman – who won a Challenger event at the centre – and James Duckworth.

“That’s what we’ve been working on throughout the year and the training block during the year; coming forward when I can, serving big and playing aggressively and I think I did that pretty well (on Tuesday),” he said.

Ellis was also happy to play the patriotic defender role and represents Australia with pride on home soil against foreign competition.

“A few people have come out to watch which is great for the tournament, coaches and other players as well,” he said.

“It’s just been a great week, a great tournament. Thanks to all the umpires, people behind the desk and everyone who’s come out to watch.”

Ellis was drawn to play Kecmanovic, who ousted fellow Australian Alex De Minaur in the quarters, in the semi-finals yesterday.

The result was not known at the time of going to print.

Girls defending champion Katherine Sebov of Canada was defeated in the third round by Russian Anastasia Potapova, while Canadian top seed Bianca Andreescu departed the main draw in round three in a walkover.

Traralgon local Josh Charlton’s doubles run with Chase Ferguson came to an end in round two.

The finals of the ITF Junior International will take place today from 10am at the Traralgon Tennis Association.