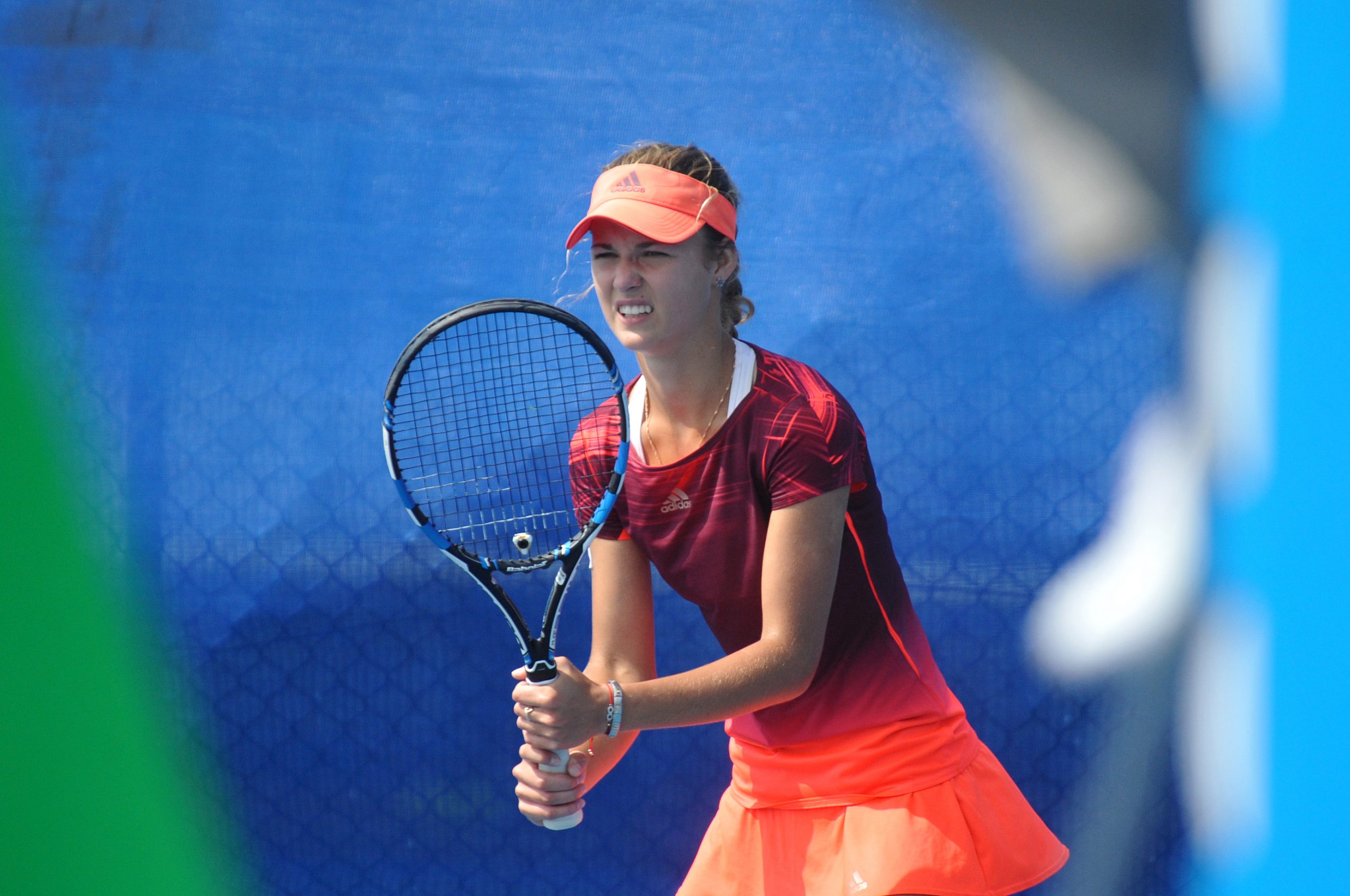 THE fairytale came to an abrupt end on the stroke of midnight for Queenslander Blake Ellis at the Traralgon ITF Junior International, as the Australian was felled at the final hurdle of the grade one event last week.

After securing a wildcard to the main draw the long-limbed Ellis tore through the championship bracket, crossing off several higher ranked opponents, but was unable to break down American Ulises Blanch in Thursday’s boys’ singles final.

Having endeared himself to the Traralgon faithful throughout the week, including an appearance at the club’s dinner with the stars function on the eve of the final, Ellis was stumped from the outset against a fiery ninth seed.

Blanch blew Ellis off the court 6-1 in a quick first set, as the Aussie failed to find the winners which had served him so well throughout the preliminary rounds.

The underdog adopted a more aggressive approach in the second, taking the game on with some serve-volley tactics to stay on even keel at 2-2.

It stayed on serve until 5-4 before Ellis cracked while serving to stay in the match.

Ellis smashed a backhand into the net and the unforced error left him under pressure at 15-30 down.

The net-cord then foiled his slice backhand attempt to offer up twin match points to Blanch.

The big-hitting Queenslander saved the first with an ace, but his backhand failed on the following point to hand Blanch a 6-1, 6-4 win and the title of champion.

“It was a really good match, I was coming off a week in Costa Rica where I lost in the final so I kind of let myself down there,” Blanch said.

“This week I played pretty solidly during the week, playing great tennis, fighting hard and I was happy that I could start off as well as I did and just try to keep going until the end.”

The Traralgon champion said the event was perfect preparation for the Australian Open junior grand slam, given it was played on the same surface and in close proximity to Melbourne Park.

“It’s a great preparation (for the Australian Open). First of all the tournament’s great, I like it a lot, it’s very similar to (Melbourne Park) and obviously it’s very nice to play well here, it gives you confidence, it gives you rhythm,” he said.

Sporting a curly fro, Blanch said the Acubra crown awarded to Traralgon champions might be a new look for him.

“I love it, I’ve never had a hat because usually they don’t fit my hairstyle but this one fits so I think I’ll be wearing it quite often,” he said.

For Ellis the week was a success despite the final loss.

“It’s been a great week, I’ve improved each match so it’s good preparation for the Aussie Open,” he said.

“I played very well, the surface is pretty similar to Melbourne so it’s good leading up to that tournament.

“A bit of confidence (going into it now). I’m not expecting too much I just want to play well mainly and I’d like to see how I go.”

In the girls final Belarusian Vera Lapko overcame a slow start to win in three sets against Russian Anna Kalinskaya, 1-6, 6-3, 6-4.

After a dominant start Kalinskaya began to stutter on serve in the second, a set which saw no fewer than six breaks of serve.

Leading 4-3 Lapko was on track to be broken yet again at 15-40 down but stabilised to take the game and the set on Kalinskaya’s serve the following game.

With the Russian becoming frustrated toward the end of the second, Lapko capitalised in the third with a break point chance at 30-40, 1-2.

Lapko kept the ball deep in the corners and tucked away a neat backhand volley to secure the break and the advantage 3-1.

Looking to solidify Lapko missed an easy forehand smash at the net to offer up a break point chance in the next game.

She saved the point, setting up a long deuce game which Kalinskaya claimed with an aggressive return of serve and crosscourt forehand winner, prompting Lapko to drop her racquet in disgust.

The game remained on serve until 4-5 when Kalinskaya offered up three match points while serving to stay in the final.

While she saved two, the third was one too many for the Russian, handing Lapko the championship.

“Actually it wasn’t tough for me (to get back into it). I just didn’t play as well as I could (during the first set),” Lapko said.

“I just realised that I needed to show my best game to be prepared for the Australian Open because it’s the most important tournament for me in this coming week.”

Having won the doubles last year in Traralgon, followed by the singles title, Lapko hopes to emulate another champion who performed the same feat and went on to have success on the senior circuit.

“Nick Kyrgios he also won the doubles then came here the next year and won the singles so I hope I’ll also be as good a player as he became,” Lapko said.

Poland’s Kacper Zuk celebrated his birthday in style with victory in the doubles championship match alongside countryman Piotr Matuszewski.

A total of 184 players from 41 countries contested the Traralgon international, forming one of the most diverse fields ever at the championship.