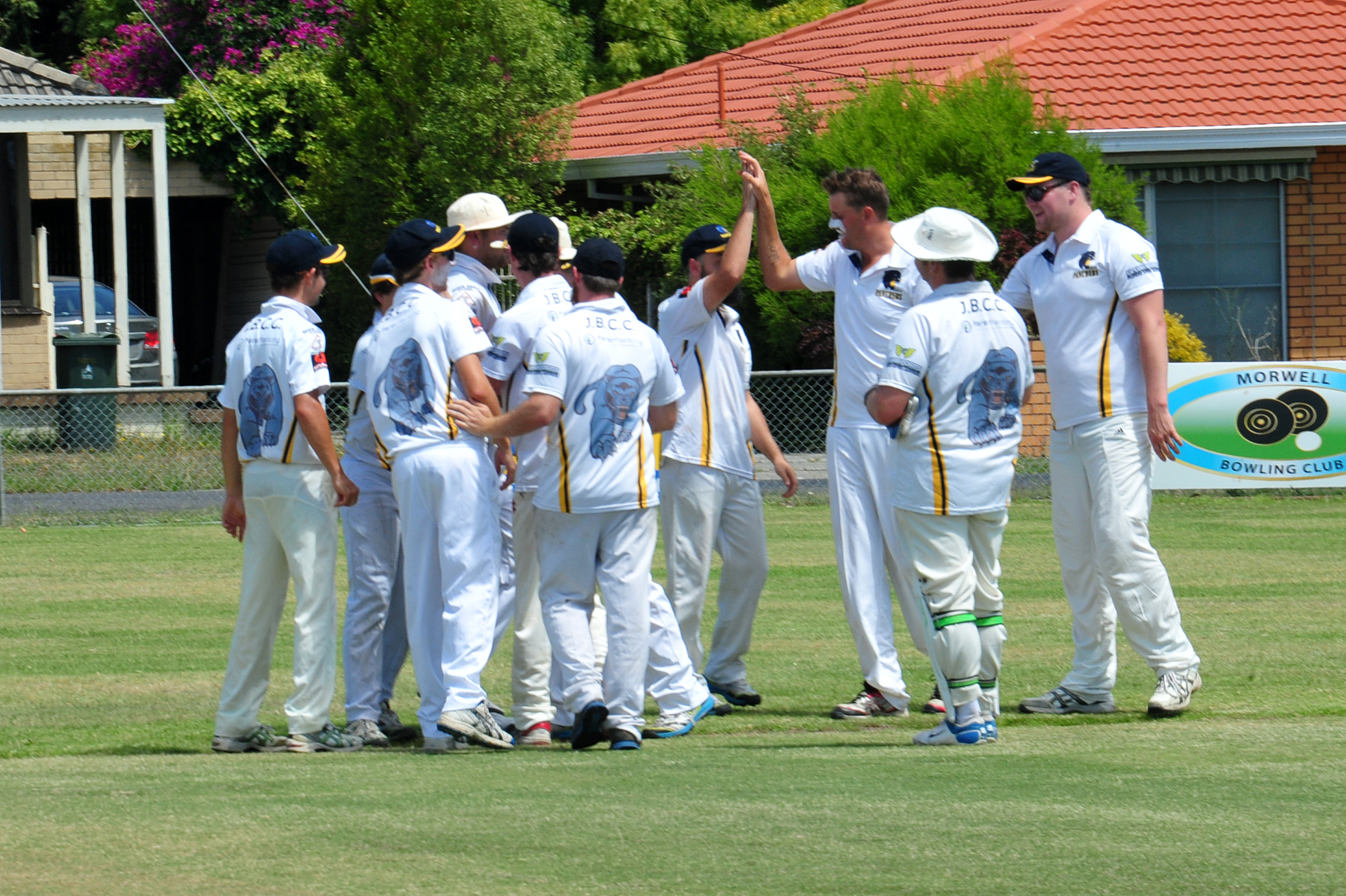 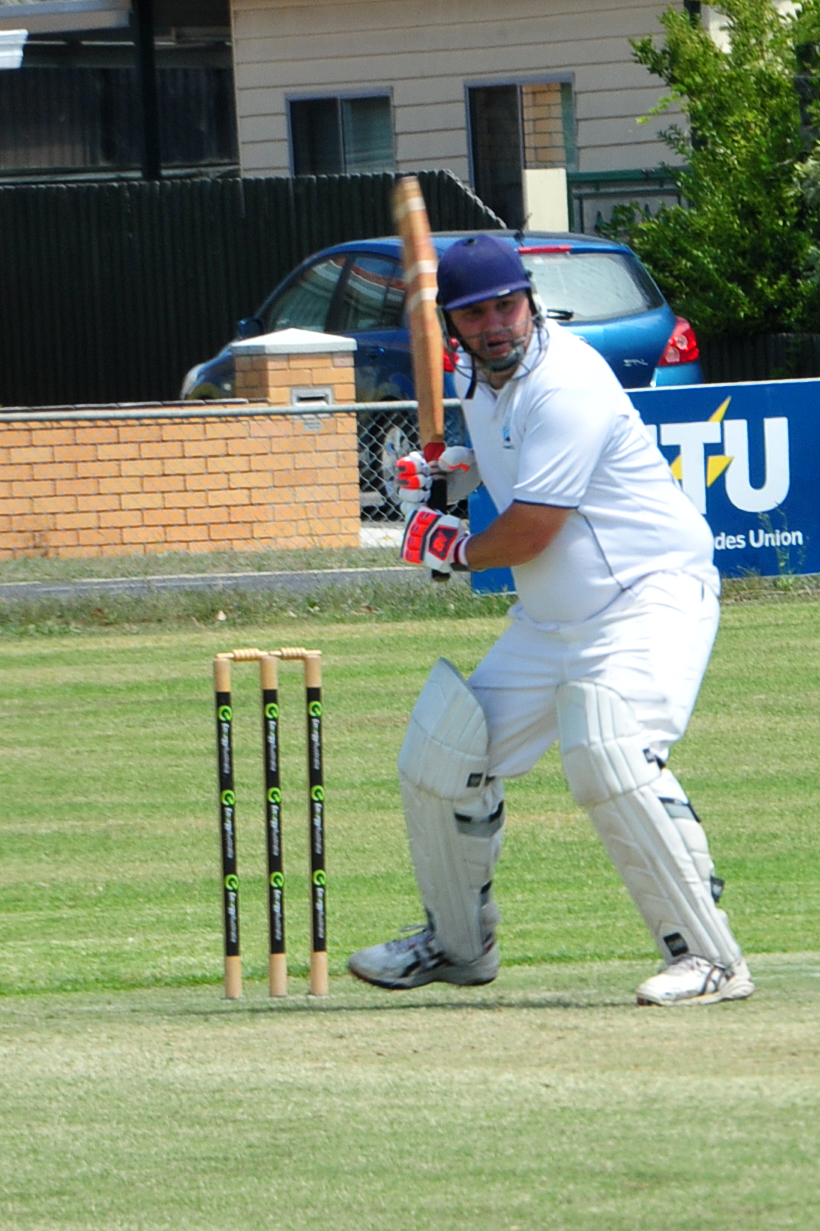 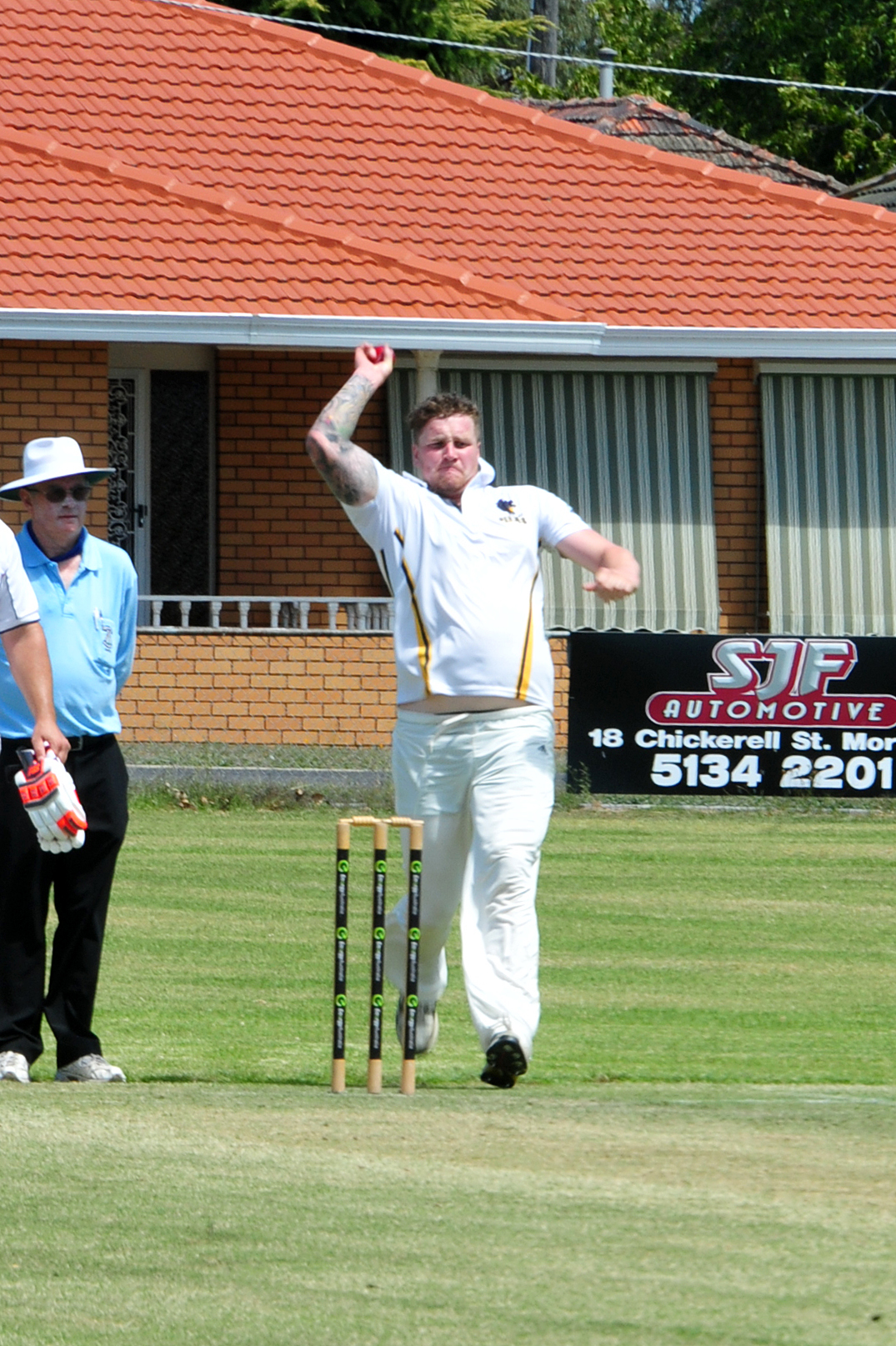 A double hat-trick from Sri Lankan import Tyron Gamage left Jeeralang-Boolarra shell-shocked as the visiting Panthers were dusted for 81 by Latrobe on day one of central Gippsland cricket’s 13th round.

The Panthers’ trip to Peter Siddle Oval almost ended in total humiliation after they were reduced to 9/23 by a four wicket haul to Jamie Brierley and Gamage’s 5/28.

Stan Urbanic called correctly for the visitors and opted to get first use of the wicket, but the top order let him down as Craig Blackberry’s 16 was the only double figure score in the top eight.

Seven batsmen failed to score, including the key duo of Luke and Ben Heath, and it was left to tailenders Ben McCormack (13*) and the big-hitting Dillon Leys (35) to restore some pride.

Leys lofted some massive sixes to finish the innings with some fireworks.

Urbanic had Justin Vajler caught for a duck in the second over, and when Brad Aitken followed for two the Panthers had a faint sniff with Latrobe reeling at 2/4.

Matt Brewer succumbed to Leys at 3/35 but Steven Freshwater (68*) and Anthony Bloomfield (78*) sealed first-innings points with a 125-run partnership.

Seven overs were left for the Jeeralang-Boolarra openers to face and they played them out to close at 0/21, with Craig Blackberry (13*) and Luke Heath (4*) eyeing off a lengthy crease occupation on day two.

A magical middle order century from Todd Mann helped Trafalgar recover from an awkward position to post 290 against Moe.

Lions skipper Andrew Philip won the toss and sent Trafalgar in to bat, and it looked a stroke of genius when the Ships sank to 4/35.

Rhys Holdsworth and Mann teamed up to add 43 but the dismissal of the talismanic captain left the Ships looking rudderless at 5/78.

A sharp but catchable chance from the outside edge of Mann’s bat found Kayne O’Connell at first slip but the youngster was unable to cling on.

Mann proceeded to make his chance count, turning the game on its head with a magnificent, game-changing 110.

Along the way he received excellent support from his teammates, adding 79 with Jackson Noonan (36), 52 with Brendan Dawson (21) and 30 with young gun Leo Connolly (43*).

Connolly played well in his own right but was left stranded in his bid for a maiden first-grade half-century when David Bremner was dismissed with the Ships on 290.

Three overs remained in the day’s play and Moe negotiated them without incident; the Lions will resume next week with Riley Baldi on five and Kayne O’Connell yet to score.

YALLOURN North posted 179 in a must-win game for both sides against Mirboo North.

The Bombers began brightly with the bat as Aidan Vesty and Josh Keyhoe added 51 before the former was caught behind off leg-spinner Dale Banks for 15.

First drop batsman Evan Sheekey fared one run better before being stumped attempting to slog Banks out of the park, and when Keyhoe was bowled by Andrew Soplakow the Bombers were 3/89 and needed a partnership to steady the innings.

Callum Polo and Patrick Spiteri collaborated for 38 before the younger man was adjudged lbw to Steve Rogers, and Spiteri watched the middle order collapse around him as Josh Taylor grabbed 3/33.

Dale Banks helped clean up the tail with another two wickets to give him final figures of 4/68.

Only the top five made double figures for the home side in their innings of 179.

Some 21 overs remained in the day and Jesse Giardina looked likely to reach the close alongside English import Adam Mates until Glenn Sheekey broke through his defence.

Jed Alexander then followed straight after for nought, and when Ben Williams was caught on the crease to Lucas Fry for one, the Bombers were up and about.

Mates and Rob Phoenix ensured there would be no further dramatics, helping the Tigers to the close at 3/74 with the game in the balance.

Matt McGrath took 4/58 but the remaining bowlers leaked runs at an alarming rate.

Shannon Pickering took 2/52 while James Durkin picked up 2/13 from the final over of the innings.

Brandon Bradshaw then cleaned up the Blues with 4/20, only Liam Swallow offering much resistance with 59.

A must-win battle for these two sides to claw their way back into the top six went in favour of Trafalgar.

Jason Hopkins (3/29) was the pick of the bowlers as the home side restricted the Bulldogs to 133.

Royce Colgrave top-scored with 24 but the rest of the order struggled against Jake Atkin, Liam Durkin and Craig Nielsen, who all snagged a pair of wickets each.

Brodie Burgess smashed 56 to make sure of the points and Christian Burgess chipped in with 43*.

Daniel Farmer’s 2/16 was the only positive for the Bulldogs.

MOE scored 8/196 thanks to Robert Sim (59) and Shane Zoch, and would have been confident of securing the points against St Vincents.

Steve Tobin jnr had other ideas and smashed 113 to see his side manage 5/200 in reply.

Ron Whitney bowled well for the Lions with 3/21.