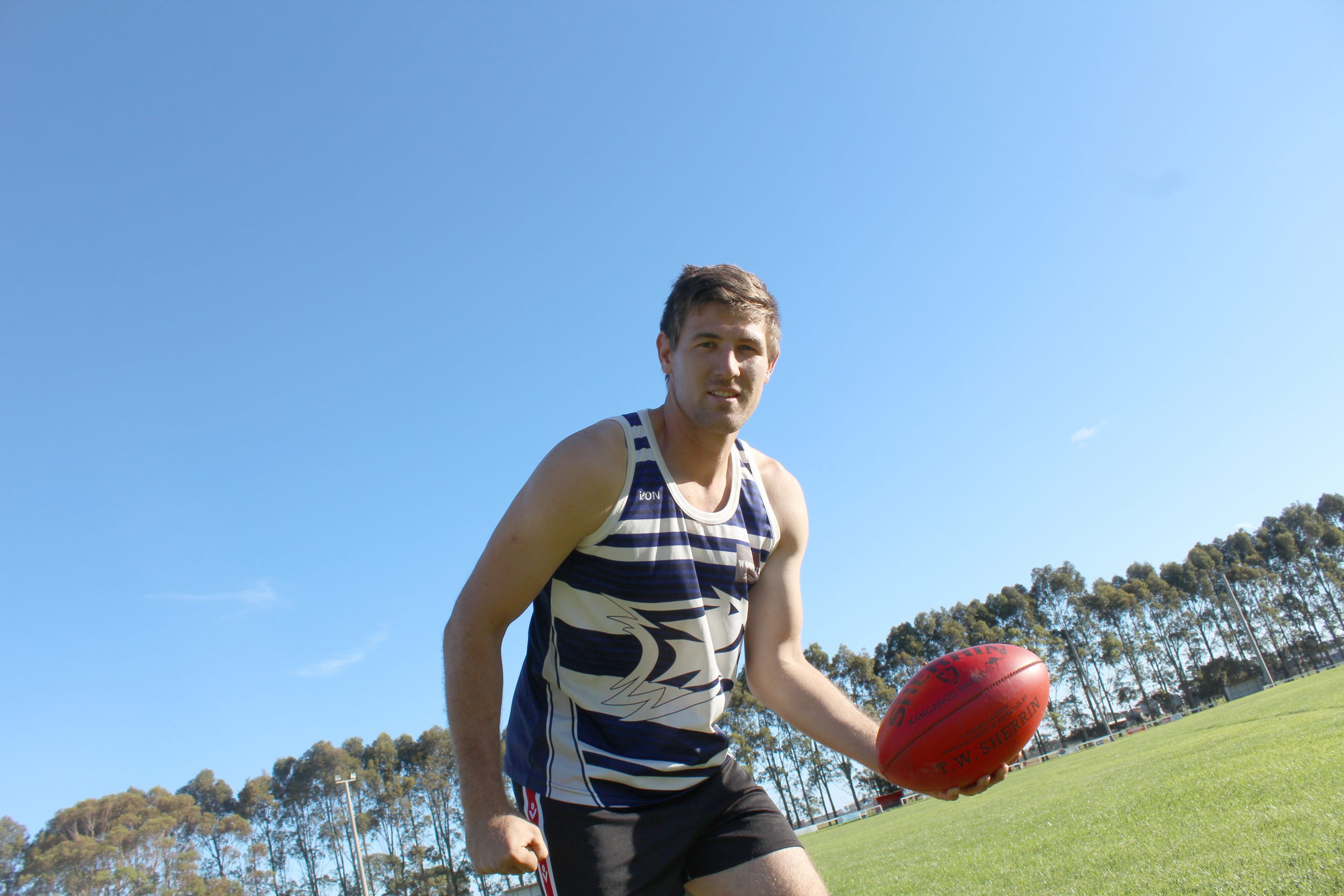 IT was a proud moment for Woodside senior captain Ryan Foat on Good Friday, when he became the first player in the fledgling club’s history to reach the 100 games milestone.

And at just 23 years of age, the young ruckman still has a lot of football ahead of him.

Foat, who began his football playing career as a junior with the D4W Allies, said it wasn’t difficult to don the old blue and white jumper for the Wildcats when they formed in 2007.

“I’ve been a Geelong supporter all my life. I always looked up to players like Joel Selwood and Harry Taylor. On a local level, Travis Ronaldson and Mark Collison were also a great inspiration to me,” Foat said.

In the Good Friday seaside showdown, the Wildcats defeated Yarram by 63 points in a blistering performance, propelling Woodside to second on the NGFNL ladder at the conclusion of the split round.

Foat played a crucial role in the team’s victory.

“I suppose in a way, I dedicate this win to my Dad who sadly, passed away 18 months ago. It would have been great if he was here. I still wear his number eight jumper. He was a great bloke,” Foat said.

He also won the best and fairest for the club that year.

Ryan, the youngest of six siblings, has taken on the responsibility of managing his family’s 2500 acre sheep farm in the Woodside district since his father passed away.

“My mother, Jenny, is very active with the Woodside club and four of my sisters play in the A grade netball team,” Foat said.

His other sister lives in Drouin, but the entire Foat family has been extensively involved with the rebirth of the Woodside club and its continued existence.

Foat won the NGFNL under 18 best and fairest in 2010 and was named captain of the team of the year.

He has also been named in the senior NGFNL team of the year for the past three seasons.

He won the senior best and fairest at Woodside three times, including back-to-back in 2014-2015.

Foat played for the Maffra Eagles in the Gippsland League in 2012-2013.

They reached the grand final in 2012 but were defeated by Sale.

The Wildcats have never tasted finals success in the NGFNL, but going by the Good Friday demolition of the Yarram Demons, 2016 may just be the year that sees Woodside contending for glory.

“We have a lot of quality young players coming through the ranks. It would be great to be there in September.”