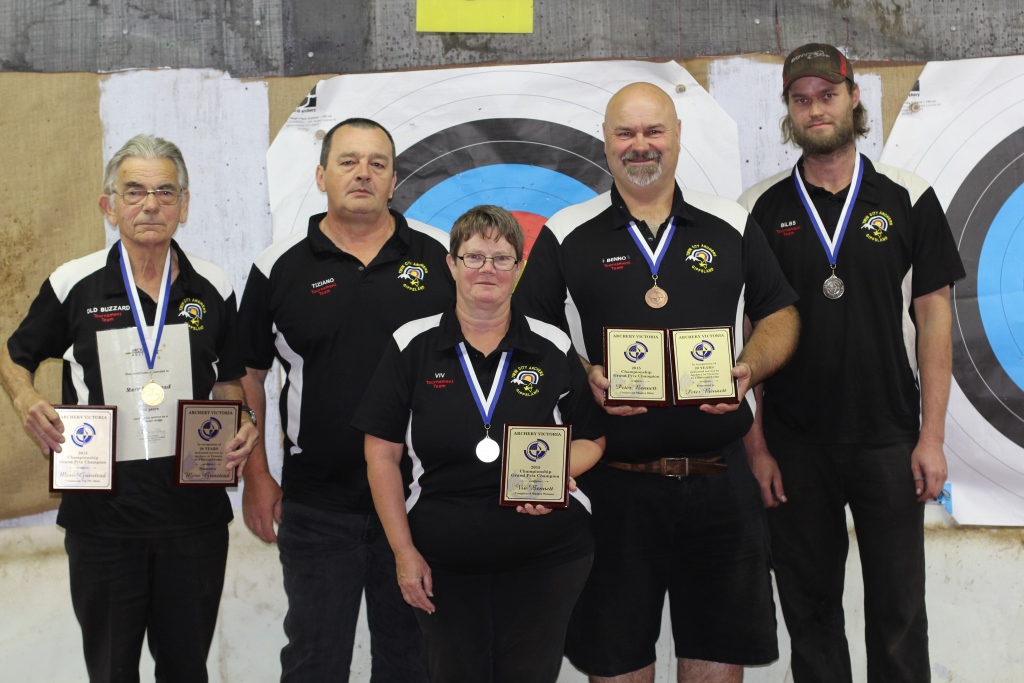 Clear conditions and close ranges allowed archers to notch up some lofty scores in a tight competition.

Short range archery championships are shot at shorter ranges than usual with a maximum distance of 60 metres on a 122 centimetre face.

It’s a round which allows all level of archers to be competitive, and grows in popularity each year, with more than 150 shooting at this year’s event.

Viv Bennett, Peter Bennett and Grinstead were presented with first place plaques for the 2015 Target Grand Prix Championships in their relevant divisions at the event.

Grinstead and Peter Bennett were also presented with certificates and plaques for their 20 years of service as national and state judges.