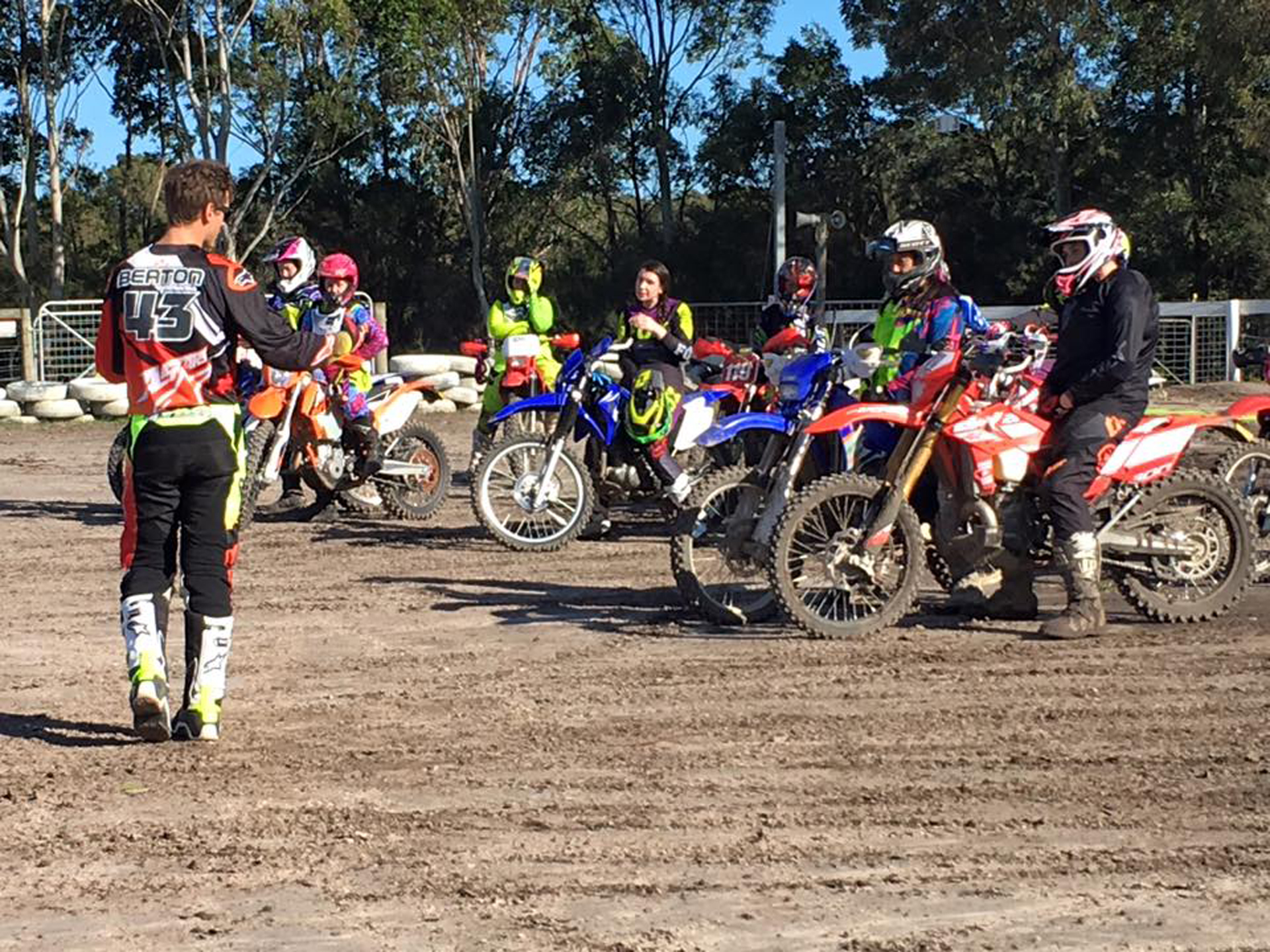 THIRTY females of all ages took part in a women’s coaching day at Korumburra Motorcycle Club, Outtrim on Saturday, 14 May.

The day was aimed at inspiring women of all ages to pursue the thrills of motorcycle racing in a welcoming environment.

“It was great to see women and girls from all around Victoria. They all had varying levels of skill; from people who bought their bikes two weeks ago, to people only being on them for 45 minutes and ladies that have raced,” event organiser Phoebe Snell said.

“Ross brought it right back to basics.”

Snell said she organised the day so other like-minded women could learn the right way to ride a motorcycle in an encouraging environment.

“I’ve been riding for years and I wasn’t getting any better so I contacted Ross. It turned out that my riding style was completely wrong and I didn’t want other people to end up in my position so I decided to organise a ladies coaching day,” she said.

“I love seeing the smiles on their faces at the end of the day when they’ve achieved those massive goals.

“It was great to see women of all ages turn up too. We had from 16 to late 50s to early 60s. It was a massive range and they were really keen to get back into it after having kids.”

After the success of the day, Snell said there would be more coaching days throughout the year.