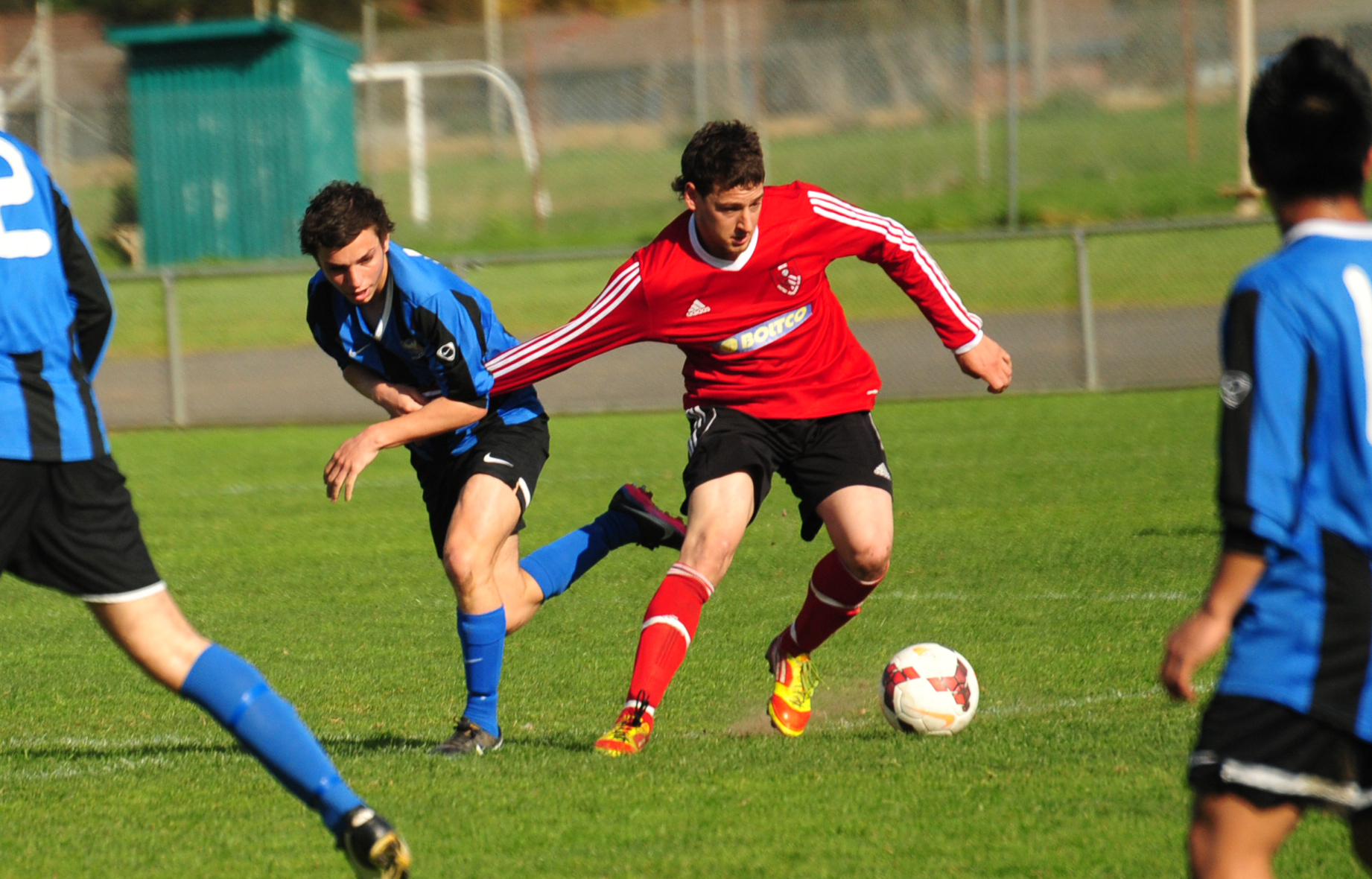 IN arguably the match of the Latrobe Valley Soccer League season to date, reigning league champion Falcons 2000 went down 1-0 to Moe United on Sunday in an early season six-point affair.

The visiting Red Devils had the better of the early exchanges but could not fashion any clear cut chances.

The Birds eventually woke from their slumber and began to assert themselves with both Tommy D’Alia and Nick Steevens winning the midfield battle.

With five minutes to go until half-time, the first true chance of the contest was created when D’Alia slipped striker Jesse Kennedy through in a one-on-one versus Moe custodian Peter Albanese.

Try as he might Kennedy could not capitalise as the veteran Moe ‘keeper ensured the scores remained nil-all at the break.

The second half saw a further increase in the quality of football with both sides giving nothing to the opposition.

Moe was able to break through with the only goal of the game after a mistimed header at the back post was diverted into the net by Joel Baldwin.

Kennedy had another one-on-one denied and right at the death Albanese tipped a Daniel Edey bullet from outside the area over the crossbar to give the away side the three points.

Moe is now six points clear of sixth placed Falcons at the top of the ladder and three ahead of Newborough Yallourn-United in second.

Coming off the back of two losses, Churchill’s chance to host league minnows East Gippsland United came at the perfect time for the Rams.

It was a chance to regain some confidence and build momentum ahead of a clash with the undefeated Moe this week, instead coach Mark Bianconi will be left with some tough choices to make after a lacklustre performance in which the Rams struggled up front and appeared disorganised across the rest of the park.

Churchill stumbled across the finish line with two goals snagged on the stroke of half-time through Jake Ferreira and Bradley Sands.

The highlight was the performance of both goalkeepers, with the East Gippsland custodian putting on a masterclass and Bryce Hall solid in his senior debut for Churchill.

A first half blitz set Monash on its way to a comfortable 5-1 win over Pegasus.

A pinpoint ball from coach Andres Nilo found Brendan Ruddell in the box and he placed it past the advancing keeper to give the Wolves the lead six minutes in.

Daniel Abela added his second in successive weeks to double the lead before Braden Paulet gave the home side a third before the half hour.

Against the run of play the Horsemen pulled a goal back, Mark Gurech was the man on the spot to fire home.

The resurgence was short lived as Ty Christy raced clear to fire home minutes later to give Monash a 4-1 lead at the break.

A lively second half followed and Monash added a fifth when Tom Bramstedt broke from left back and slammed an unstoppable shot into the roof of the net.