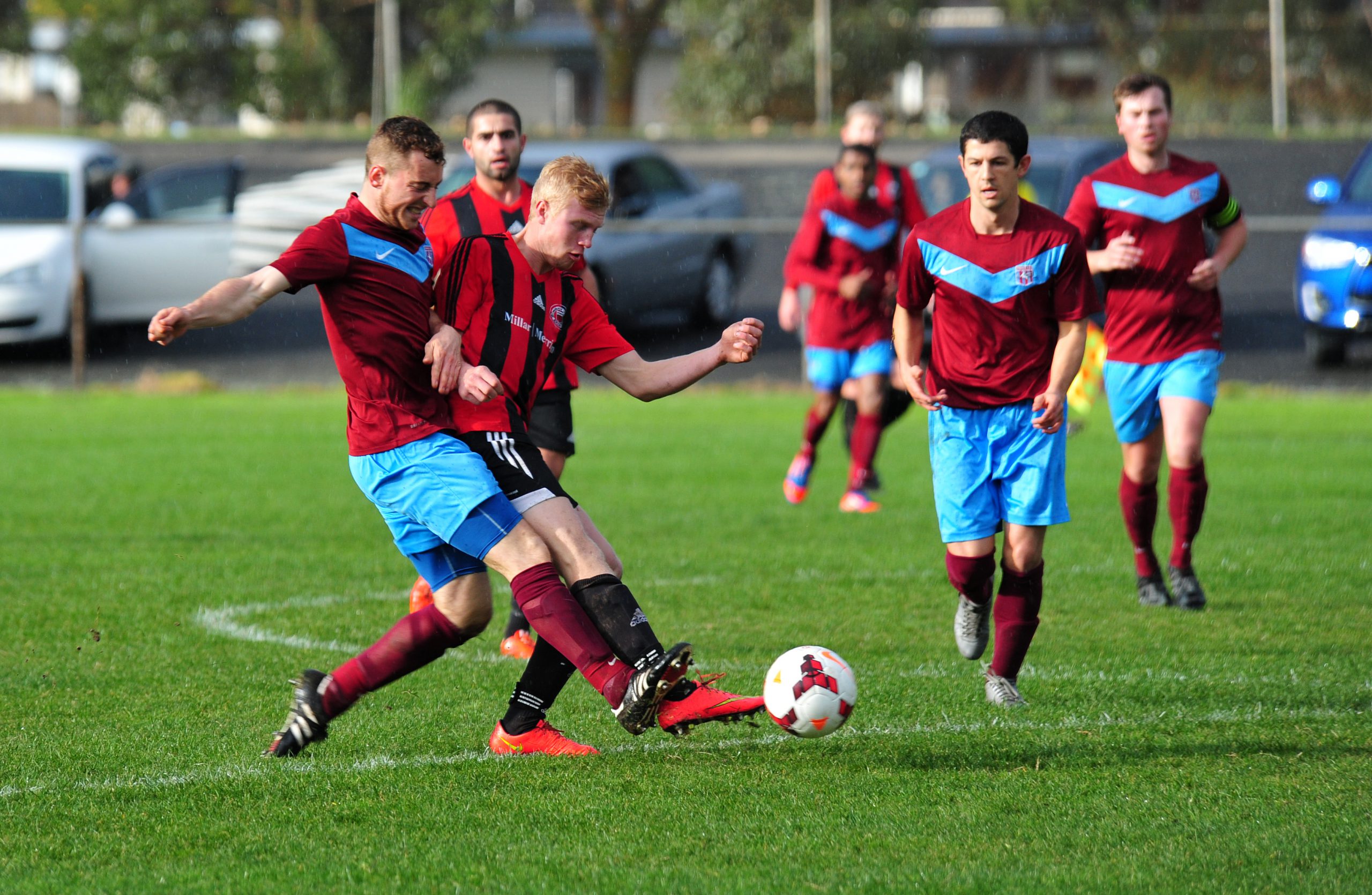 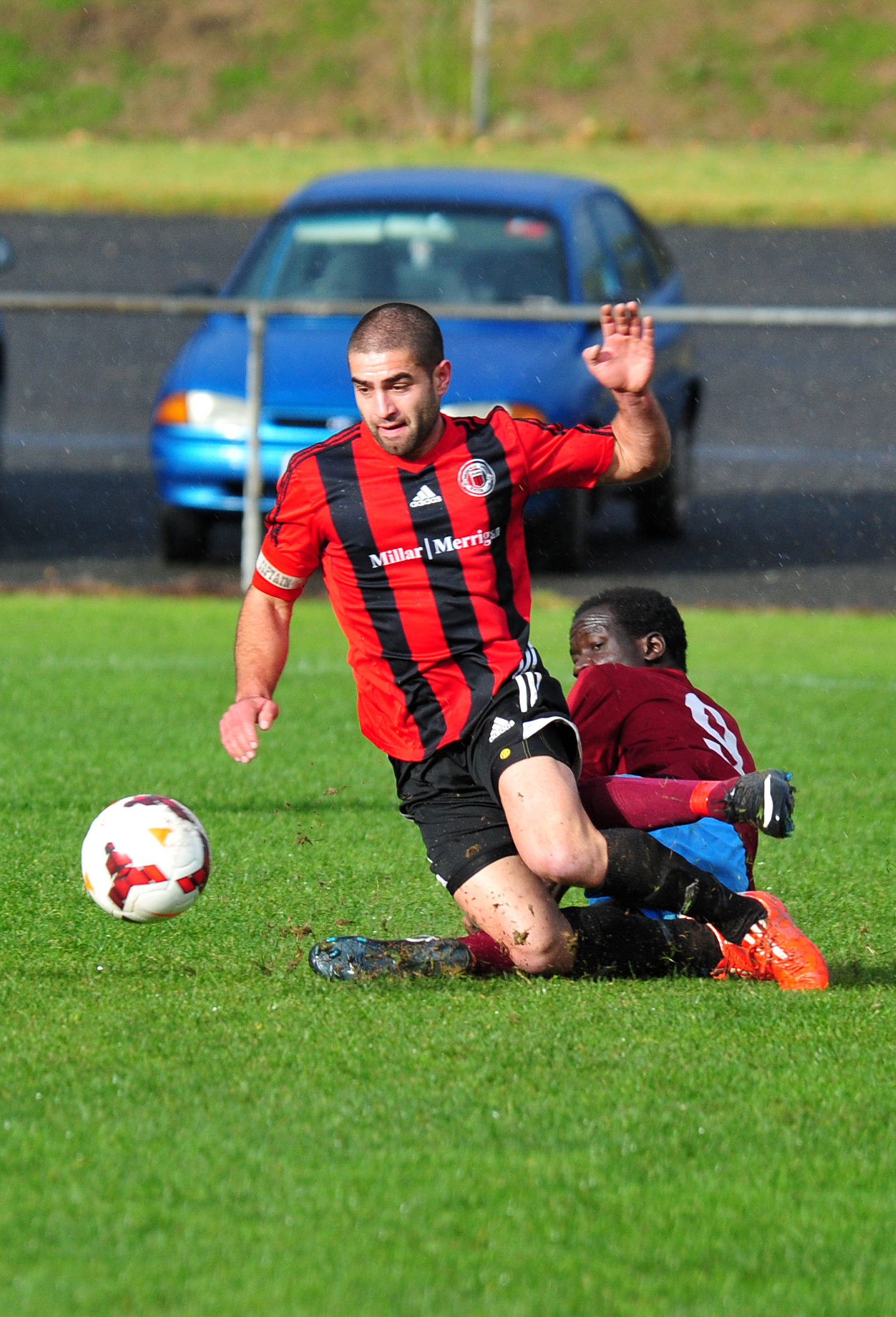 THE first Gippsland derby of the 2016 state league south east division one season is set to reignite local rivalries at Ronald Reserve, Morwell East on Saturday.

Morwell Pegasus will host Warragul United for the round 10 fixture in a clash.

With both sides coming off a win in round nine, Pegasus coach Ivan Bajo said he was looking forward to his first foray against his Gippsland neighbour.

“Of course there is (some extra hype) and I know Warragul has been giving us a bit of stick,” Bajo said.

“A derby is a derby – it defines men and players – so we’ll be looking forward to it and hopefully it’s our day.

“It’s good for the locals, the Gippsland football side of things. It’s definitely bragging rights down there.

“I’m happy wherever football goes; hopefully this brings out a big crowd and we can put on a good show for them.”

After four rounds without a win, the Horsemen finally broke through on Saturday with a 4-0 triumph over Mooroolbark Soccer Club with goals to Doug Milesevic, Robbie Wynne, Mat Luak and Chris Wynne.

Ravaged by injury throughout the past month, Pegasus has been struggling since the loss of captain Steve Maselli to a season-ending anterior cruciate ligament injury early in the fixture.

With other influential players such as Stef Ciccarelli and Paul Papadopoulos also in and out, Bajo said it had been a tough task establishing continuity.

“We’ve been struggling with a lot of injuries; we haven’t fielded the same starting XI for two weeks in a row at all this season,” Bajo said.

“That’s been a problem but the positive is we’ve played our football and we haven’t been absolutely outplayed or anything, we’ve just been struggling to take our chances, but the good thing is we actually do create chances.

“(This week we did) put our chances away; every week we create, I’d say, probably 10 chances a game but we just don’t take any.”

The Horsemen’s stable will be bolstered this week with Johnny Kuol and Fraser Rock likely to return to the senior line-up for the Warragul clash.

Kuol recently returned following surgery earlier this year but has been finding his feet through the reserves.

“Johnny Kuol did have a couple of games with the seniors and he wasn’t right, so we tried to give him a bit of confidence and he’s been doing really well in reserves,” he said.

“He’s going to be a great asset to the team and I look forward to having him in there.”

Warragul has been in fine form this season, sitting three spots above Pegasus in sixth on the competition ladder, and continued in that vein with a 1-0 win over Langwarrin at the weekend.

Despite the ladder disparity Bajo said he was confident his side could procure a result.

“We’re not scared of any team. We’ve played the likes of Mornington and Malvern and we probably could have got a result against Mornington we just didn’t take our chances; we had two one-on-ones before we scored an own goal,” he said.

“We haven’t been outplayed this year, we tend to play better than most sides, you just need a bit of luck on the day I guess.

“I’m excited, the boys are ready for it and we’ll see what happens. It’s my first Gippsland derby so hopefully we’ll bring the horse to the points.”

Kick off for the seniors is 3pm Saturday at Ronald Reserve, Morwell East.