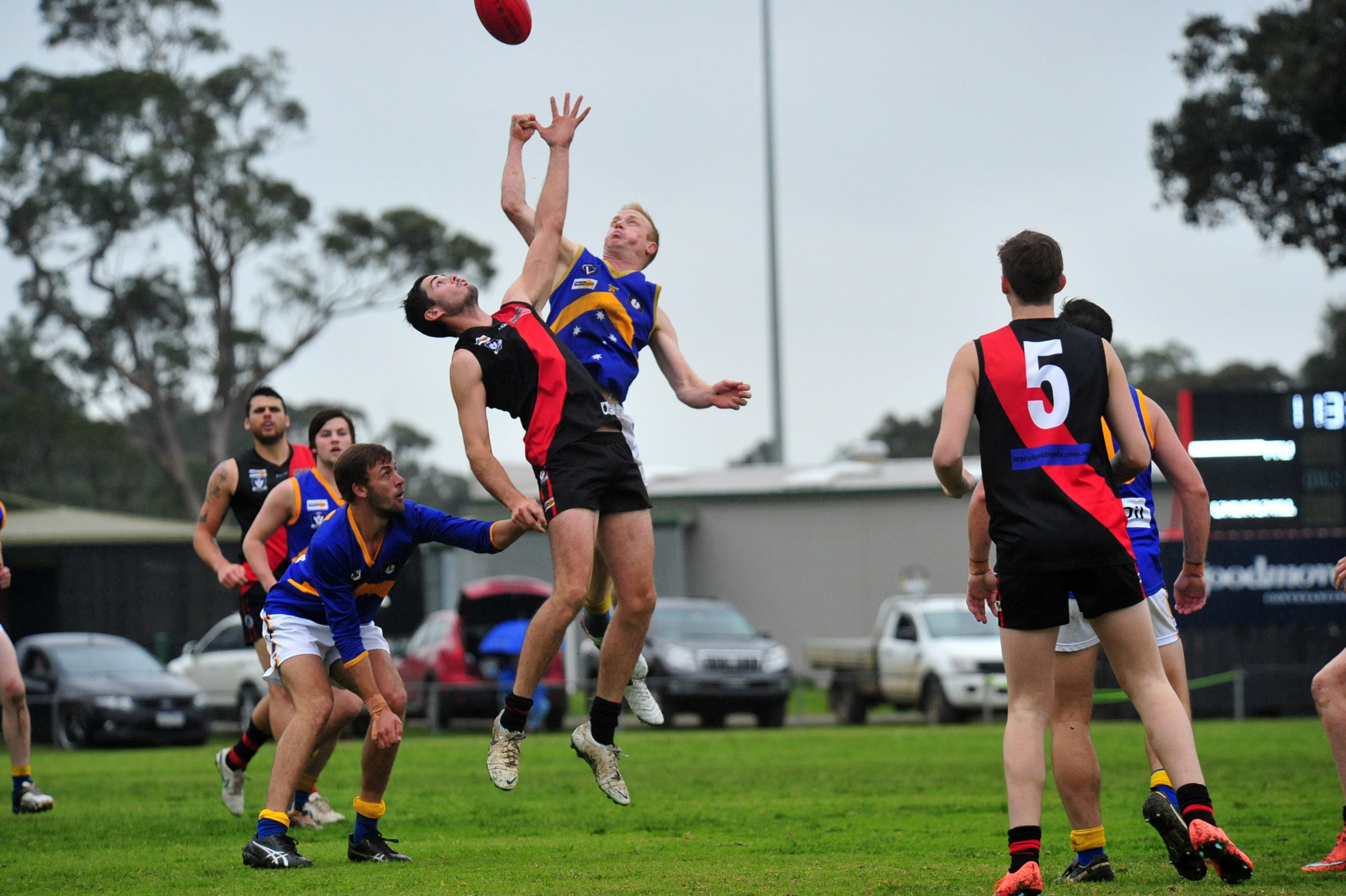 Yarram has regained local bragging rights and intensified the battle for position in the top five, with an 18-point win against North Gippsland Football Netball League rival Woodside.

The Demons made the most of the wet conditions at Yarram Recreation Reserve on Saturday to outclass the bigger-bodied Wildcats, 16.14 (110) to 14.8 (92), and remain in the hunt for a top three finish.

After being soundly beaten in the reverse fixture in round one, Demons coach Chris Pettitt said the opening day defeat was part of the making of his young side.

“We were disappointed with the round one loss and didn’t see it coming,” Pettitt said.

“Looking back it might be the best thing that could have happened to us (because) it meant we had to work harder.

“(Saturday’s win) was just about effort. Given the weather it wasn’t going to be about skills, it simplifies football a lot and that suited us more than it suited them.”

The visitors got the jump on the home side and led by 14 points at quarter-time.

Yarram hit back in the second term, but inaccuracy in front of goal meant they were still trailing by two points at the main break.

That all changed in the second half, as the Demons registered 10 goals from 14 scoring shots – a great return given the difficult conditions.

Young midfielder Louis Rodaughan (two goals) and under-18 half-back Will Bodman continued to impress, while Chris Bruns and Liam Farley were also prominent.

Corbin Sutherland booted four goals on his return to the side from suspension to move within two goals of Rosedale spearhead Brandon McDonald at the top of the goal-kicking charts.

The win was the first of three crucial weeks for the Demons, who face fellow finals hopefuls Rosedale (sixth) and Heyfield (fifth) in the two rounds following next weekend’s league-wide bye.

“It’s one thing to beat Woodside but we have to back that up against other good sides,” Pettitt said.

“Gormandale and Glengarry have showed they can be competitive and a loss against any of those sides can ruin your season.”

The Kangaroos led at every change and while the Blues rallied late, inaccuracy cost them dearly, as they could only manage three goals from 13 scoring shots after half-time.

Scott Anderson continued his rich vein of form for the home side and was joined in the best by Matt Phelan, David Kelly and Mark Johnston.

The defeat dropped Rosedale to sixth on the ladder, one game behind Yarram and Heyfield.

The Saints kept the Magpies goalless to quarter-time and maintained a 19-point lead at the main break, before the visitors stormed back to level scores by three-quarter-time.

Ben Coffey, Kurt Henderson and Brett Street (two goals) led the way for the Saints, while Shane Kosterman, Andrew May and Chris Wangman were Glengarry’s best.

The flag frontrunner trailed the side at the opposite end of the ladder by four points at quarter-time, as the Tigers became just the second side to kick five goals in a quarter against Bulldogs this season.

Churchill shored up second spot with another dominant display against Traralgon Tyers United.

Bombers coach Jay Neagle was the only multiple goal-kicker for the home side, which was best served by Rhys Martin, Nick Albanese and Guy Sinclair.