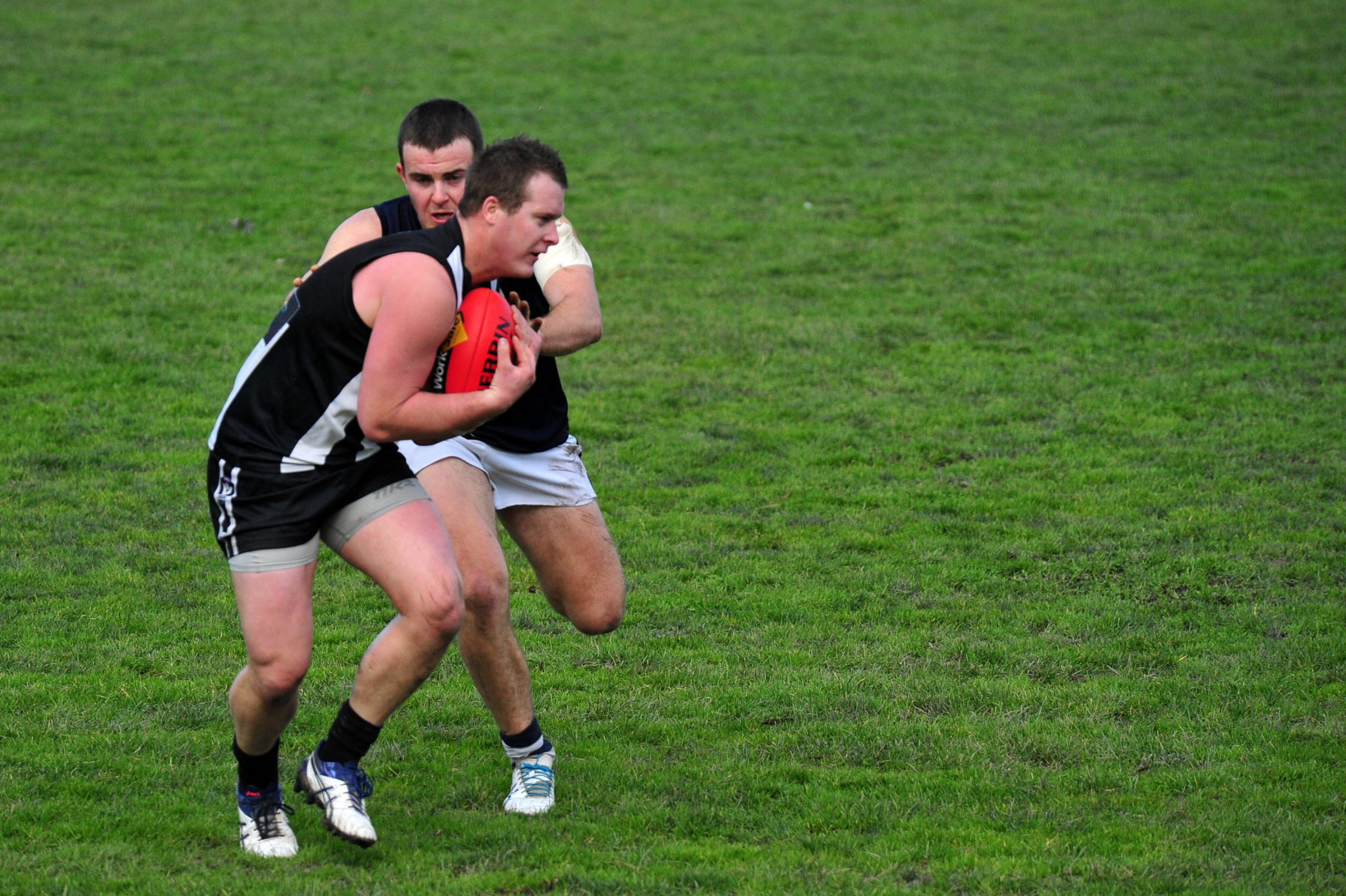 CHURCHILL and Yarram were left shaking heads as well as hands after playing out an incredible draw in round 16 of the North Gippsland Football Netball League at Gaskin Park on Saturday.

A thumping goal on the run from marauding Yarram half-back Jay McDonald levelled scores at 16.12 (108) apiece with 15 seconds to play and earned the Demons a share of the spoils.

Both sides were in positions to win the game at various stages and neither coach was sure how to react to the result.

“It was a bizarre game,” Cougars coach Allan Chandler said.

“They belted us at times and we were better than them at times so it was probably a fair result in the end.

“We played a poor last few minutes where we made a number of mistakes and weren’t doing what we were supposed to structure-wise, but hopefully we can use that as a learning tool for the rest of the season.”

“Our run was really good in the first quarter and our spread led to a lot of one-on-ones and easy scoring opportunities because of how hard we were working, but that dropped off in the second.

“There were a lot of positives, but the best part of the result was how we came back after going behind in the last quarter.”

Yarram raced to a 30-point quarter-time lead, with an eight-goal opening term, including four from returning defender-turned-forward Jarryd Swift.

Churchill gradually worked its way back into the game, getting within two goals in the second quarter and drawing level in the third, only for the Demons to kick away again on both occasions.

The pair traded blows throughout the final term and when Hamish Towns kicked his third goal to put Churchill seven points clear, the Cougars looked to have snatched victory.

However, a Swift behind opened the door for McDonald to pinch back two points.

Churchill remains the only side Yarram has not beaten since joining the league in 2014, but the draw assured the Demons a maiden North Gippsland finals berth.

Both sides are finding form at the right time and after the return of Swift, Trek Davis and Jack Moore against Churchill, Pettitt is looking forward to welcoming skipper Chris Bruns, Michael Pettitt and Jake Anderson back into the fold next week.

Ben Johnson, Corey Whiteoak and Rowan Missen were best for the inaccurate and injury-affected Wildcats, who must now regroup and win one of their two remaining games to secure a finals berth.

Tye Morrison booted six goals and Rowan Bell five in his first senior game of the year, with Josh Tollner and Barry Parsons among the Bulldogs’ many standouts.

Rosedale’s Brandon McDonald added three goals to his league-leading tally, while Sam Tudor and Dale Fleming were the Blues’ best.

Woodside’s shock loss to Glengarry was some consolation for the Blues as it left the door ajar for them to sneak back into the finals fold.

Should Rosedale overcome the Magpies and the Wildcats fail to beat Heyfield next week, their clash on the last day of the season will be a head-to-head battle for fifth spot.

Luke Miller (four goals), Rhys Martin and Scott Zuehlke also impressed for the Bombers in their fourth win of the season.

Pat Tainsh, Shane Morgan and Sam Moran were best for the seventh-placed Saints.

Mitchell Dowse (six goals) and Jordan Stubbe (five) headed a list of 13 individual goal-kickers for the Roos, while James Beha and Jack Woodland were among the best.