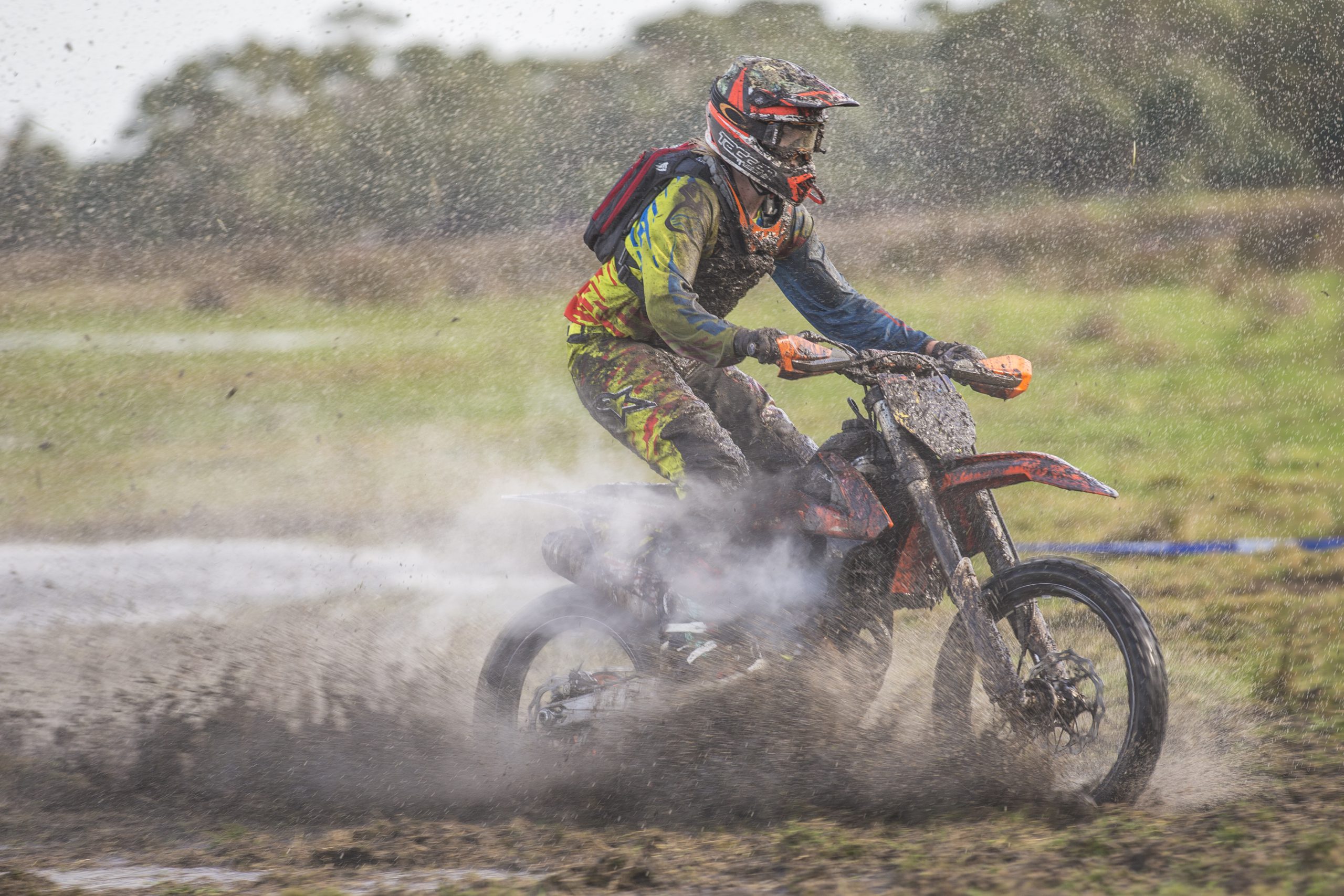 ROUNDS seven and eight of the Victorian Off Road Motorcycle Championship proved some of the toughest in memory last fortnight.

Never before has the event presented riders with such extreme conditions, with races staged through rain, hail and flooded paddocks.

Locals Nick Graham and Billy Newton were both unable to ride due to injury, leaving three riders to represent Latrobe Valley.

All three proved they could handle the heavy conditions, which in some sections were better suited to a jet ski.

Jack Newton maintained his lead in the C1 class after winning his two-hour cross-country race on Saturday and placing first after four sprints Sunday.

Lachie Skinner also rode well to win his cross-country event on Saturday and his sprints race on Sunday.

Skinner thrived in adverse conditions on Saturday to finish fifth overall in his mixed class race and continues to lead the under 19b standings in the championship.

Travis Selwyn placed fourth in his cross-country event and fifth in his sprints races in the over 35 expert class.

Dates for the next round of the VORC are yet to be advised.