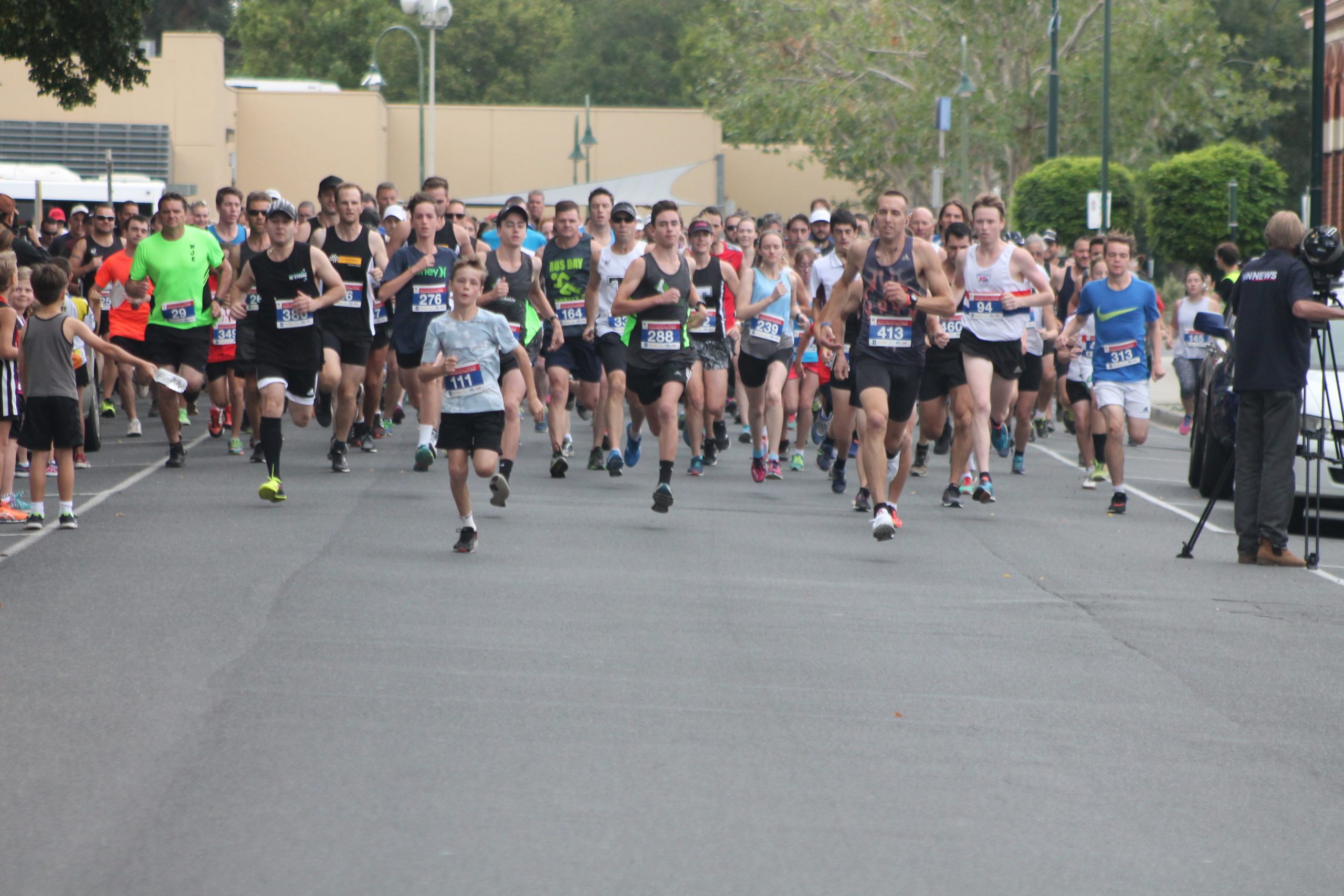 Hundreds of runners, joggers and walkers pounded the pavement for a great cause during this year’s Latrobe City Community Fun Run and Walk.

The five kilometre event, which was held on Sunday along Kay Street, was put on by the Traralgon Harriers, with help from Rotary, and in aid of Centenary House.

“It’s not all about racing, there are people that race it and try and get really good times, but it’s really a community event.

“It’s about raising awareness for health and an active lifestyle, and that’s one of the Harriers’ main goals.”

While not everyone was competing for line honours, there certainly was racing on the cards and runners turned in some blistering times.

Event organisers had hoped someone would come in at about 16 minutes, but Ryan Wissmer’s winning time of 15 minutes, 34 seconds blew all expectations away.

“He was leading the pack all the way through. I was cheering them on at the half way point and he was already probably a kilometre in front of me.

“It’s fantastic to see people come out and crack that sort of time.”

Wissmer, a Traralgon Harriers member, won the men’s event and delivered the knock out time.

“I took it a bit easier up the hill, last year I didn’t have anything left in the tank. It worked.”

The women’s open even was won by Harrier and South West Athletics runner Sarah Lewis in 19:42. She’s on the back end of her summer track and field season and said the race was a good middle distance heading into winter.

“I was just running to see how good I could go today over 5kms,” she said.

It wasn’t just running and racing for the grown ups.

The curtain raiser was a 1.5km kids race that was almost as fast as the adults.

Ethan Wildblood took top honours in the boys crossing in 6:09, while the girls was taken out by Harli Lennon in 7:02.

Yet it was a fun run and not all about winning the race.

Federal Member for Gippsland Darren Chester ran in the event and was contributing $2 for every runner who crossed the line before him. He had also challenged a number of other runners to see who would get home first.

Ultimately, Chester paused before finishing and let a number of participants cross the line before he did.

“I wasn’t trying to get a particularly fast time, it was more to support Gippsland Rotary Centenary House.”

All money raised from the event goes towards Centenary House, which provides away from home care and facilities to patients at the Latrobe Valley Regional Hospital. Traralgon Central Rotary Club president Maree McPherson said it was a great event for a worthy cause.

“Centenary House provides a space for families to come and stay so can support their loved ones while they are having treatment,” she said.