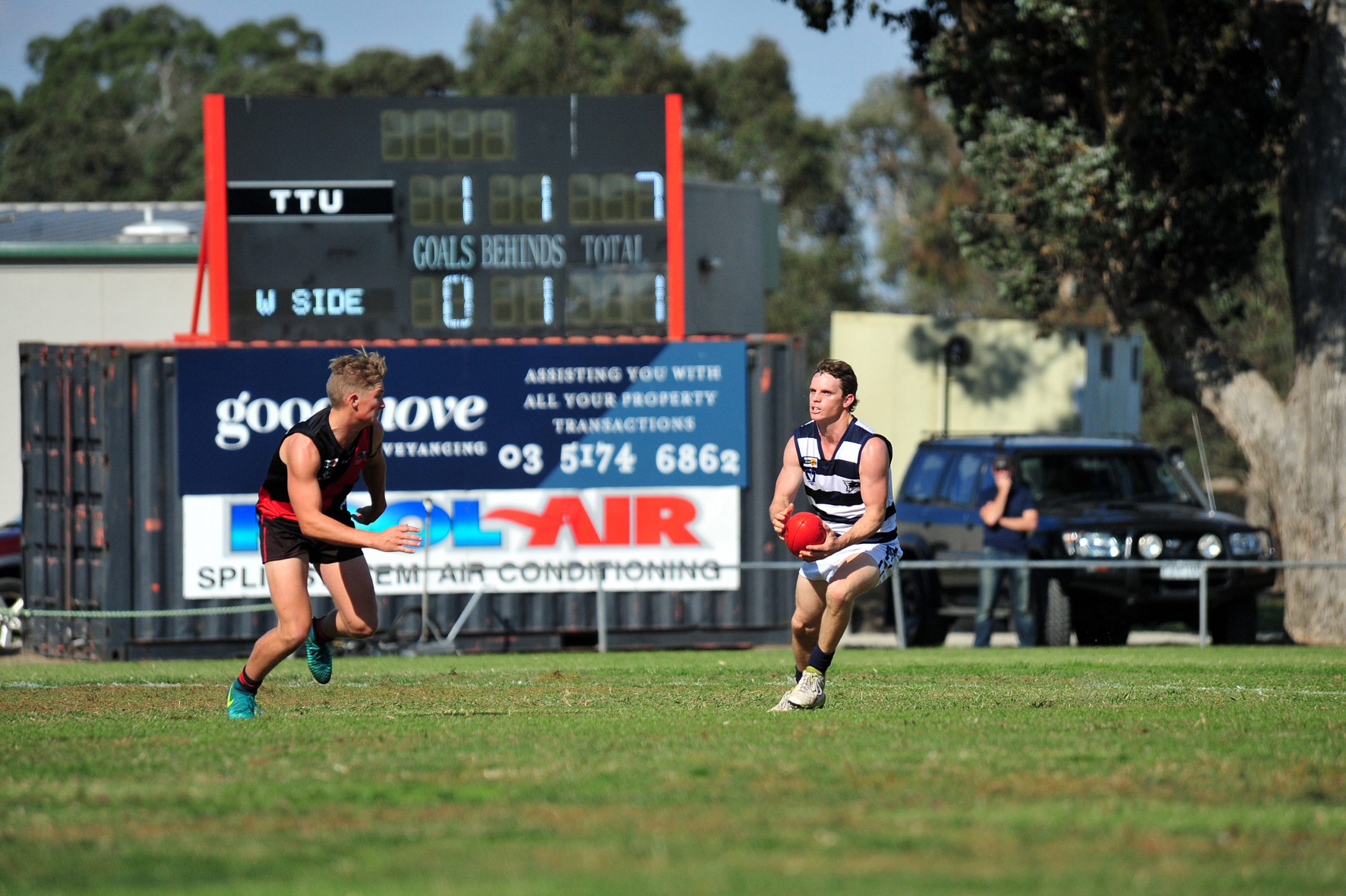 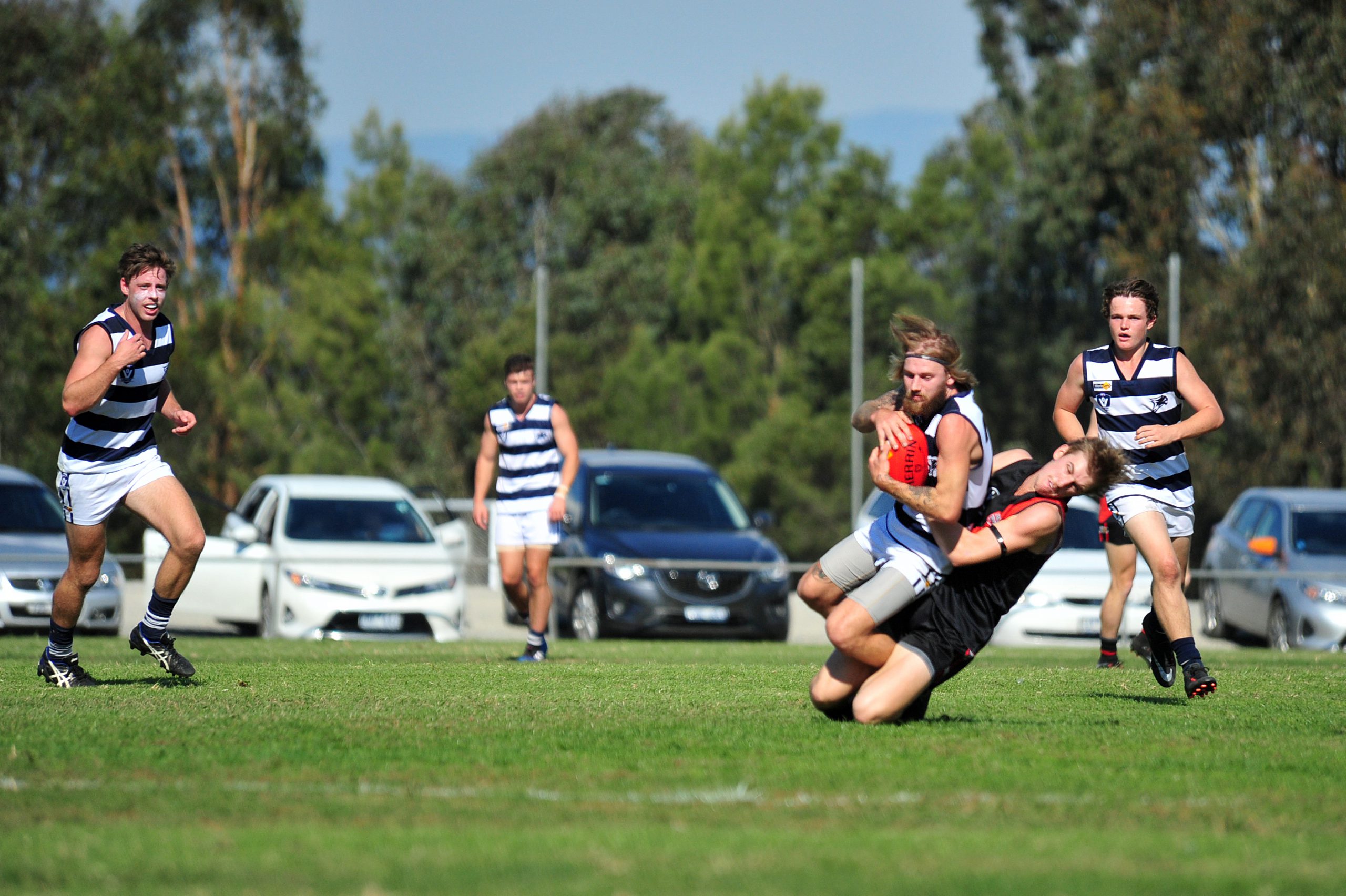 Churchill will be out to reaffirm its position in the top four this weekend after thumping Glengarry by 69 points in round 10.

The Cougars have had a reasonable start to season, with six wins and four losses, sitting two positions behind the Bulldogs on second with eight and two.

If recent history is anything to go by, the Lions should be cautious of the reigning premier after a 68-point thumping in round two earlier this year.

Sale City comes off a demoralising 19-point loss to ladder leader Heyfield and will be looking to cement itself with a top ladder position.

Churchill coach Brendan Holt acknowledged Sale City was a “formidable side” but said his chargers would be ready for the challenge.

“For the first time this year we finished Saturday’s game (against Glengarry) with four on the bench, so we’re in a pretty good position,” Holt said.

“We’re certainly not full strength but we’re much better than last time we played (Sale City).”

Glenn Briggs and Cain Iorangi will look to secure their position in the team after stepping up to their first senior game last week.

Notably, Briggs booted a goal against the Pies in his debut match.

“Churchill are a very good side, we knew early on this year they were going to be a strong group,” Sale City coach David Piasente said.

“We were below par last week, it felt like we let Heyfield get off to a good start… they kicked the first four goals so we’ll be focusing on a good start this week.

“We gave away two 50s on the weekend, so we’ll be focusing on the game at hand and playing our style of footy, focusing on quick ball movements, hard pressure and discipline.”

In what’s likely to be the game of the round, Yarram will host league leader Heyfield.

Both teams enter the clash in good form after Heyfield secured a 19 point win over Sale City in round 10 and Yarram inflicted a 114 point touch-up on TTU.

The Demons will look to follow on from the last time they played the Kangaroos, winning at Gordon Street Reserve at Heyfield by 55 points in round two.

Notably, the Kangaroos have only had one loss this season, to Yarram, and bump into the game with impressive form, four points ahead of second-placed Sale City on the ladder.

The Demons on the other hand sit in third, separated only by percentage from Sale City and only four points behind the Roos.

It’ll be a tough battle, with both teams hungry for the win.

Cowwarr has been in fine form in recent weeks and will look to flex its muscle and show a bit of class on Saturday when it plays eighth placed Rosedale.

The Saints come into the game confident after a 90-point victory against Gormandale last round.

But don’t be surprised if Blues give it a fair dinkum crack after a reasonable hard fought game in round two, losing to the Saints by only eight points in April.

The Saints will be looking to climb the ladder, currently sitting sixth, with five wins and five losses.

The home ground advantage will be welcomed by the Saints, but it’s important to note they have lost four of their six home games at Cowwarr this season.

After a mammoth 90-point hiding by Cowwarr last round, Gormandale will aim to go to all lengths to win for the club’s supporters this week.

The Tigers are yet to register a win this season in what’s been a tough run for the club following the sudden departure of ex-Tigers’ coach and life member Daniel Domaille during the pre-season.

Glengarry sits seventh on the ladder with four wins and six losses after an average season so far from the Pies.

Ultimately, the Tigers will be hoping for a more competitive result compared to the last time these two teams met when Glengarry walked away 139-point winners.

In the final North Gippsland clash, Woodside will look to add to its strong form this season after a well-fought away game against Rosedale last round.

Woodside sits fifth on the ladder, equal on points with fourth-placed Churchill, but only separated by percentage.

TTU’s season has been rough, with three wins and seven losses, losing to the Wildcats in round two by 39 points at home.

Woodside will try and use the opportunity to move into the top four as Churchill take on second-placed Sale City on the road.