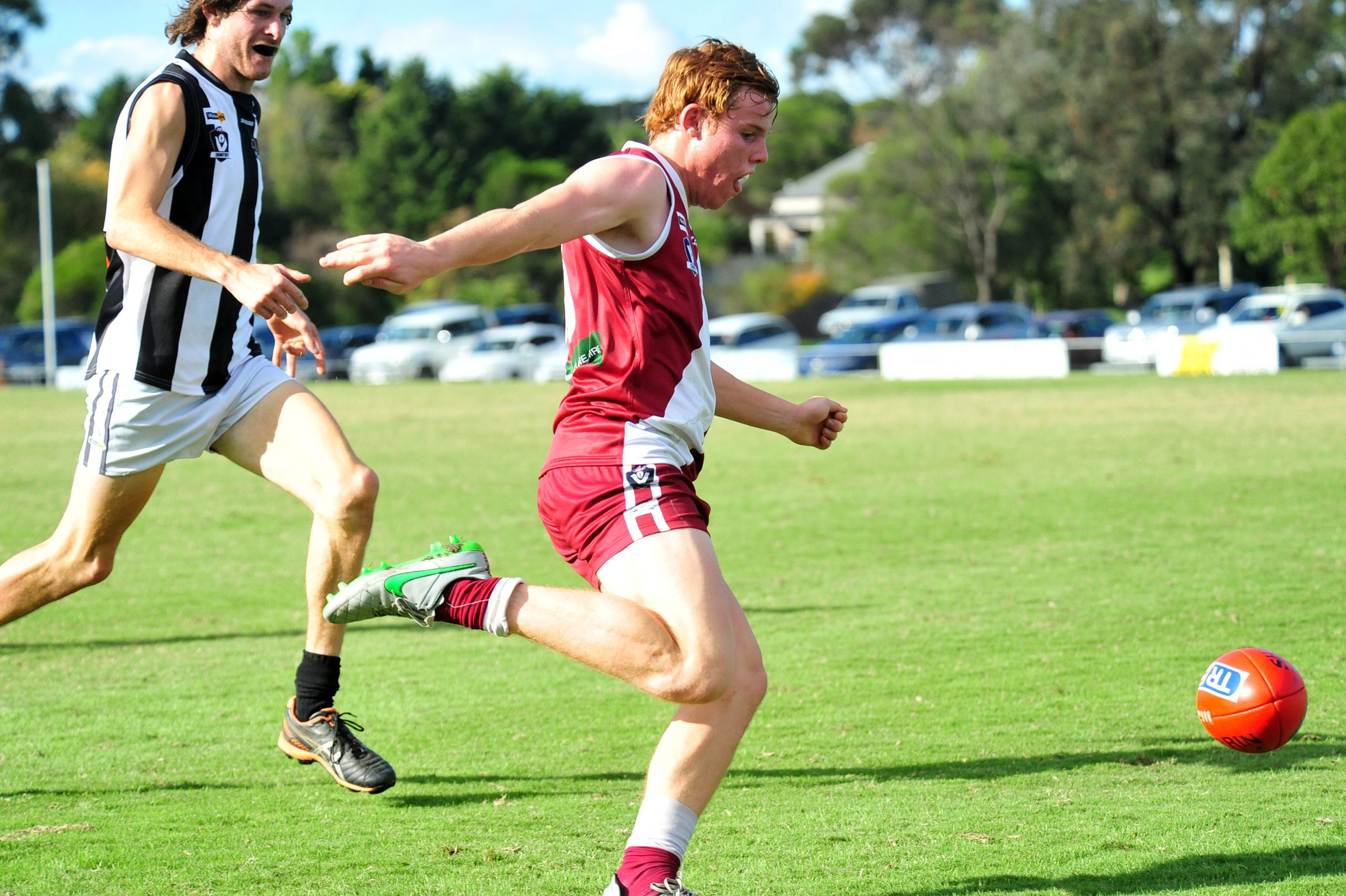 The Traralgon Football Netball Club will hold a reunion on Saturday, 8 July to celebrate the anniversary of the club winning the senior and reserves premierships in 1987.

Celebrations will begin at 2pm when past players, officials and supporters gather on ‘The Deck’ at the Traralgon Recreation Reserve ahead of the Maroons’ senior clash with Sale.

The team lost only one game in 1987 and had eleven players who represented the Latrobe Valley Football League that season.

The reserves team made it a double celebration with a convincing 53 point victory over the Tigers.

Reserves captain Kevin Mealing was best on ground and he was well supported by David Clinch and Neil Mildenhall.

Graham Malone was the successful coach.

In a fascinating twist Frank Bourke became the first player in LVFL history to play in two premiership sides on the same day.

Future club champion Russell Northe was struck down with a virus and had to withdraw from the senior side on the day.

Bourke stepped up to replace Northe immediately after playing in the Reserve premiership side.

The Grand Finals were played in front of a record crowd at Moe’s Ted Summerton Reserve.

Traralgon City Council must have been confident that the Maroons were going to win as they had medals struck for all seniors and reserves players, a club spokesperson said.

The medals were presented to the players at a civic reception that evening.

1987 was an incredibly successful year for Traralgon who produced all three LVFL best and fairest winners.