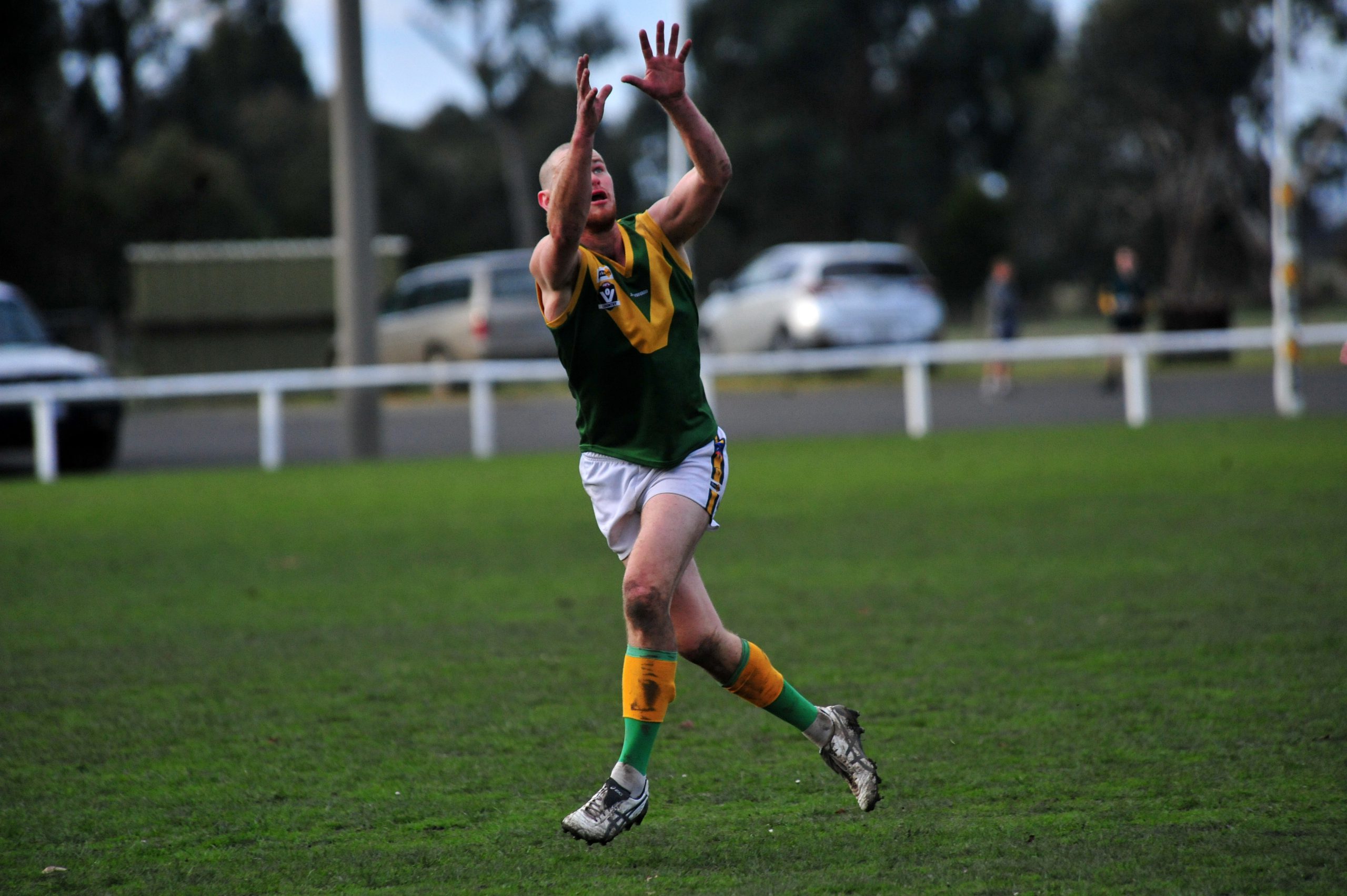 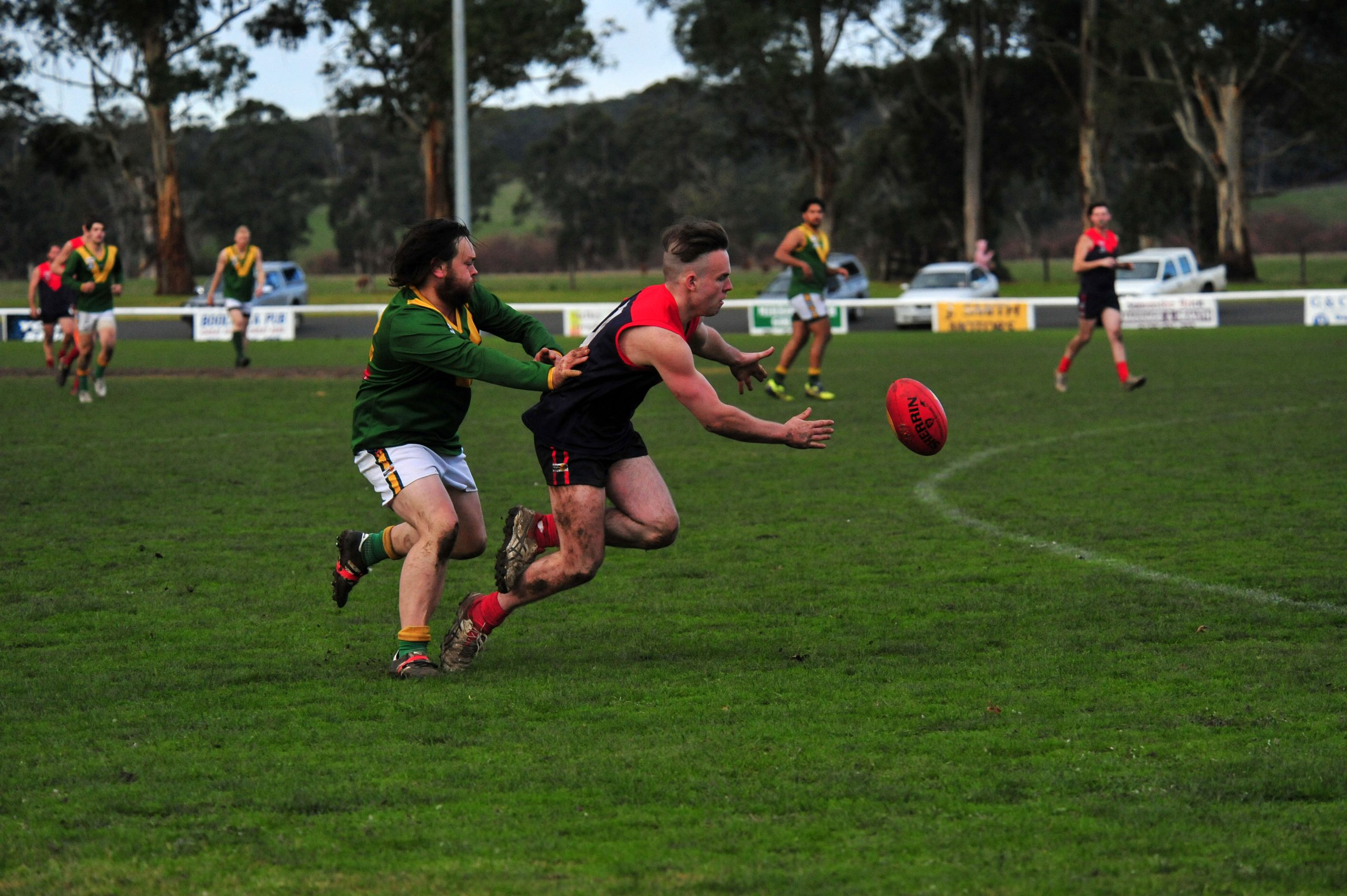 Trafalgar proved to be no match for the league leader Yallourn/Yallourn North, who amassed a huge 107-point win in their Mid Gippsland Football League round 15 clash.

The win at Trafalgar Recreation Reserve gives the Bombers a 12-point lead over second-placed Yinnar, which lost to Thorpdale in a three-point thriller.

“It was a bit of a slow start but we chatted about at the end of the first quarter and reset, and played well for the rest of the game,” Bailey said.

“We’re definitely not getting ahead of ourselves and we will be ramping up our training schedule over the next few weeks heading into finals.”

The first quarter started off slowly with the Bombers’ Campbell MacInnes taking the first kick at goal but missing and going through for a point.

Tyler Brown did not miss his first opportunity and kicked the first goal of the day for YYN.

Both sides got forward early on but the Bombers were making better use of their opportunities and the Bloods struggled to make much happen in front of goal.

There was little action until the middle of the second term when Tim Philiips kicked his first for the Bombers in the 16th minutes and was quickly followed up by another goal to extend their lead.

Lachlan Little ran into an open goal and kicked another for Yallourn/ Yallourn North.

Benjamin Doran for Trafalgar got their first opportunity on the blow of the whistle to score their only goal of the quarter.

The home team was under siege in the opening seconds of the third quarter.

A free kick to Lachlan Little in front of the posts set up the Bomber’s first of the quarter and was quickly followed by a goal from Dean MacIntosh.

The Bloods only managed to add a single goal in the final term, as the Bombers pressed their premiership credentials adding a further seven majors to the tally.

Trafalgar Coach Clint Einsiedel said his team “fell away badly in the third quarter, and the result is very disappointing”.

We’ve had a few ups and downs throughout the season and we need to be more consistent,” Einsiedel said.

“We didn’t follow the plan so we’ll be working on that at training.”

Hill End has registered its fourth win of the season, dismantling Boolarra to take a 70-point win.

In a consistent performance, the Hillmen dominated all four quarters and were consistent in their play during each quarter.

One bright spot for the Demons was Chase Saunders, who added four more to his goal tally, while Michael Santo booted six for Hill End.

Robert Beamish was awarded best on for Boolarra and Jeremy Cattanach for Hill End.

The result leaves the Hillmen in eighth place on the ladder while Boolarra remains in 10th.

Turning a scoreless first quarter into a a three-quarter time lead was not enough to secure Yinnar the points in its away match against Thorpdale on Saturday.

Trailing by 33 points at quarter-time, the Magpies kept the Blues to a solitary behind in the second, cutting the half-time deficit to 11 points.

Both teams worked hard in the final quarter to take it down to the wire, finishing ten goals a piece and with only three points in it.

Newborough has broken its losing streak with an impressive away win against fellow finals contender Mirboo North.

The Tigers played catch-up throughout the match with the Bulldogs leading at every change.

Both teams had plenty of opportunities at goal but the early advantage for the Bulldogs kept them in front and the much-needed win will help keep their finals hopes alive.

Yarragon struggled at home in their match up with Morwell East on Saturday.

The Hawks kept the Panthers scoreless in the first quarter.

The second half produced more goals, with Morwell East booting 15.