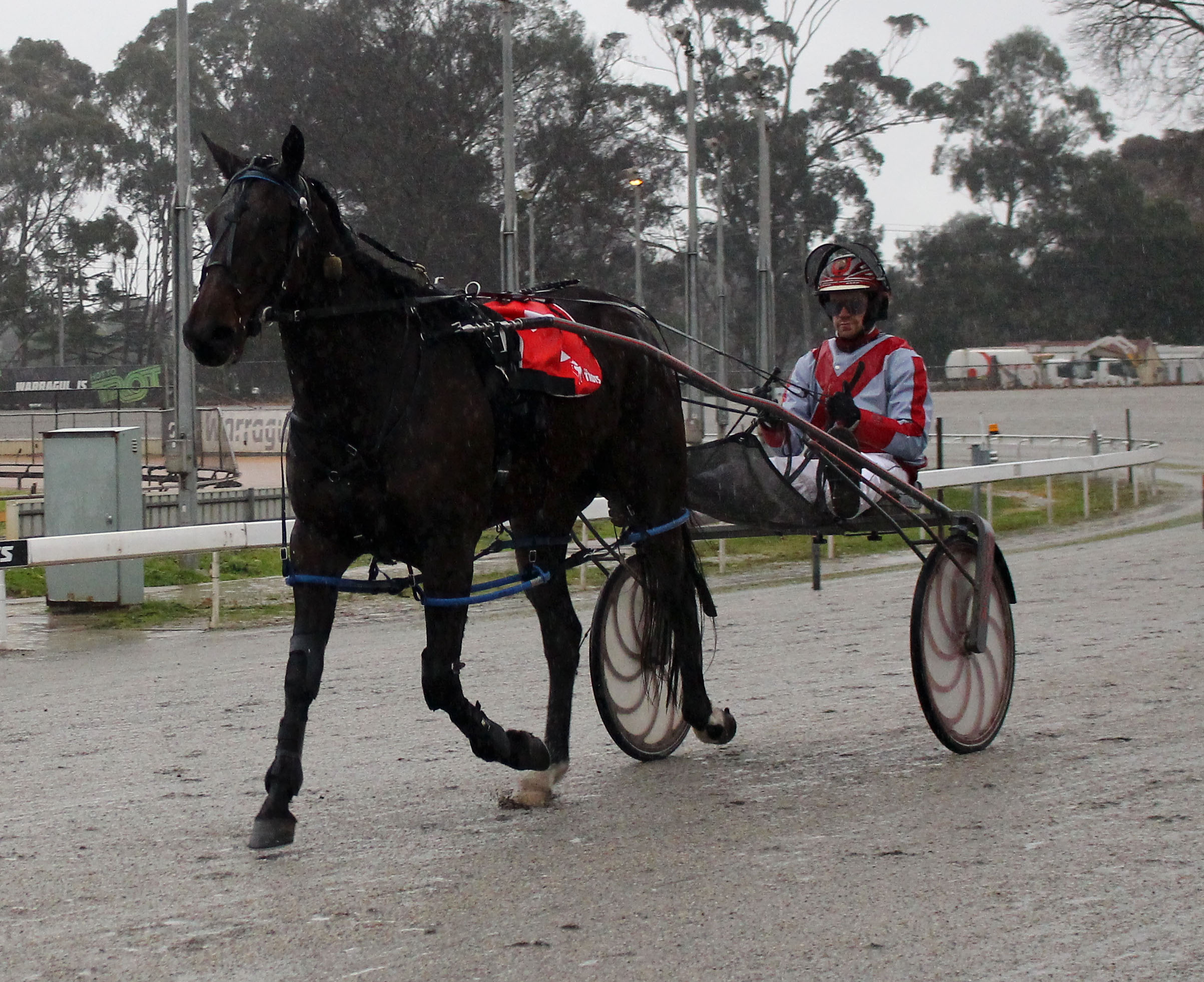 While top horseman Chris Alford drove Hurricane Stride to win the $7000 feature event, it was one of the support races that stole the limelight for local trots followers.

Trafalgar pacer Choosa Cruiser scored a surprise victory in the fourth race, at the massive tote odds of 40/1.

It was the first race win for the three-year-old filly, trained by veteran horseman Chris Hunter and driven by his son Glenn.

Glenn took Choosa Cruiser straight to the lead from barrier one on the muddy track, and the place to be was out in front in the rainy conditions.

Choosa Cruiser kept on running, and her rivals couldn’t catch her.

Delighted owner/breeders Pete Ransom and Rowan Blackshaw have been racing horses with some success for more than a decade, and the Thorpdale pair’s latest winner broke a drought of two years since their last success.

Choosa Cruiser earned about $10,000 for connections from winning on Sunday at start four, and might go on to win further races on the strength of her effort.

The filly’s owners are for now looking forward to hanging a picture of their race win on the wall of the Thorpdale Hotel when it reopens for business.

It gave Alford his third winning drive for the afternoon, as he also steered Gippsland pacers Most Happy Cullen and Jackmichaels to victory.