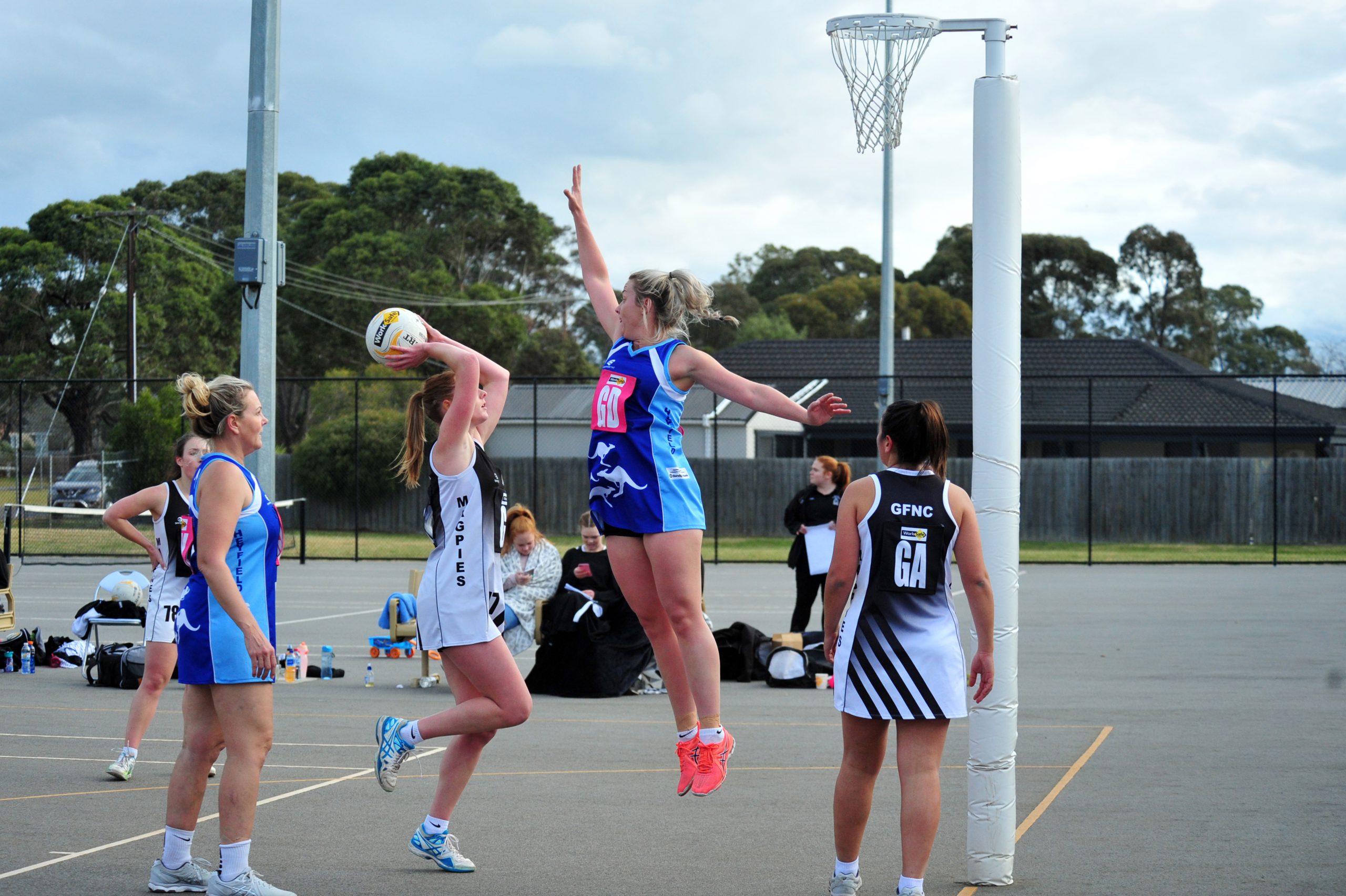 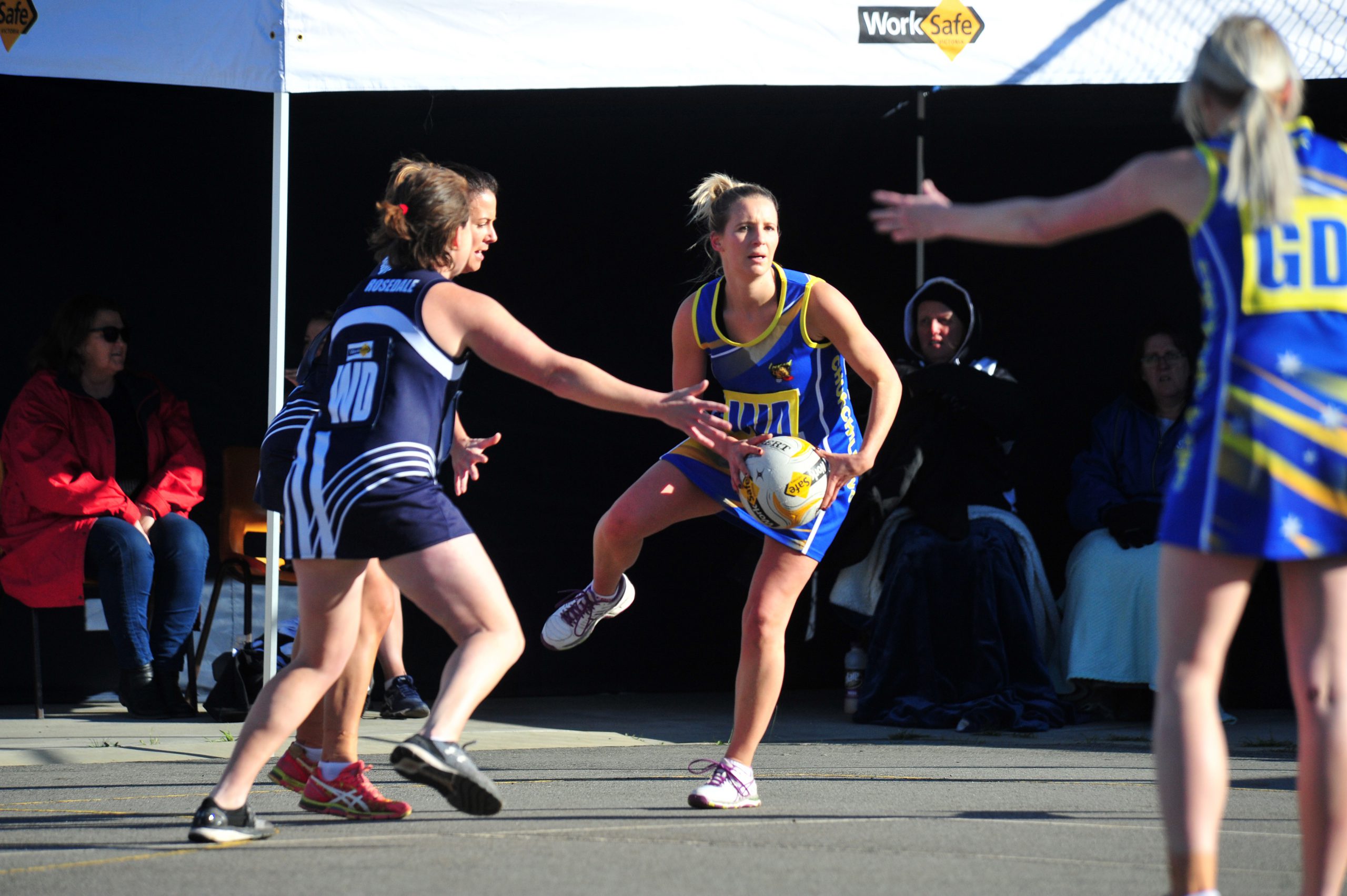 Glengarry and Traralgon Tyers United will do battle in the inaugural Gippsland Pride Cup in a special Sunday fixture this weekend.

TTU hosted an educational talk from former AFL player Jason Ball on Tuesday night ahead of the Pride Cup, which will be dedicated to the lesbian, gay, bisexual, transgender and intersex (LGBTI) community in a celebration of diversity and a bid to tackle homophobia in sport.

Bombers netball manager Sharon Rodgers said TTU was thrilled and honoured to be involved in the event.

“The fact the club and the league is willing to embrace the opportunity and support this is really important,” Rodgers said.

It was a hard-fought contest when the Magpies and TTU last met in round six with Glengarry running out eventual winners 58-52.

The Magpies will be keen to return to winning form after an agonising 45-all draw with Yarram in round 14 while TTU successfully hosted Cowwarr to notch an eight-goal win.

TTU has struggled so far in season 2017 and sits in ninth on two wins, with a massive 14 points separating it from Rosedale in eighth.

Glengarry is five games off the pace in third position on the North Gippsland league ladder with nine wins and four losses.

On the game in focus, Rodgers said the Bombers would head into round 15 with renewed confidence.

“The team has developed really well since round six,” she said.

“On the weekend we had a win over Cowwarr and we lost to them by 19 goals last time we played them, so that’s a really good sign.”

Key defender Annalise Hughes comes back in for TTU and will be looked on to provide added stability down back.

“(Glengarry’s) shooters have been quite accurate and are quite dangerous and we’re definitely mindful of that so it’s good to get Annalise back.”

Woodside will look to replicate its round six form when it hosts Cowwarr this weekend.

When the two last faced-off Woodside clinched the four points in a tight contest, 44-41.

Cowwarr couldn’t match TTU on the road in round 14 and was cut-down by eight goals at the final siren.

Woodside hosted Sale City at the weekend but was outplayed to the tune of seven goals in the first week of the round 14 split round fixture.

Cowwarr has five wins and eight losses for season 2017 and sits in seventh spot on the North Gippsland league A grade ladder.

Woodside is in second position, three games off the pace with 11 wins and three losses.

Gormandale will be looking for just its second win of 2017 when it faces Yarram in round 15.

The Tigers proved quite the challenge for Yarram when the sides last met in round six, showing plenty of resolve during the three-goal defeat.

Gormandale was no easy beat for Heyfield in round 14, putting up a valiant fight against the ladder leaders before falling by nine goals.

Yarram will look to return to the winners list after drawing with Glengarry on 45 goals apiece.

Gormandale lies at the bottom of the ladder with just a single win so far this season while Yarram sits just inside the top five with six wins and seven losses.

“It’s like with several others at the bottom of the ladder, they’re still really competitive so we’re certainly not walking in thinking it’s easy,” Bell said.

“We’re approaching them as strong as ever as if they were a top side.

“It’s not an easy match and every game for the rest of the season will be really competitive and we don’t want to be giving anyone an inch.”

Churchill fell to Rosedale by six goals in the first week of the round 14 split fixture while Heyfield had Gormandale’s measure by nine goals at Gordon Street Reserve.

Churchill will need to overcome an undefeated Heyfield outfit this weekend if it is to further its 2017 finals hopes.

The Cougars are matched with Yarram on six wins but sit just outside the top five on percentage.

Heyfield is 14 from 14 this season and looks set on continuing its unwavering charge towards a second grand final berth in as many years.

Last time the sides faced off in round six Sale City was too strong for Rosedale, finishing seven-goal winners.

Rosedale beat Churchill by six goals in week one of the split round in round 14, while Sale City overran Woodside by seven goals on the road.

City is in fourth position on eight wins, a game behind Glengarry.

Rosedale is just a game out of the top five but sits in eighth on percentage.

City coach Jae Schuback said her side’s performance last time around against Rosedale provided a confidence boost ahead of the weekend.

“It’s given our team confidence that we really can play against the top sides so that’s the main thing,” Schuback said.

She said the round 15 clash would be a completely different ball game given Rosedale’s changing player roster.

“Last time they (Rosedale) had a lot of fill-ins so we’re not really sure who they’re going to have, but it’s going to be a completely different game,” she said.

Schuback cited the Blues’ midcourt as the “most dangerous” feature of their line-up but said City would remain focussed on its own game.

“We’re just continuing to work on our shooters and their accuracy,” she said.

“We have quite short shooters so we really look to use our agility and speed as much as we can.”