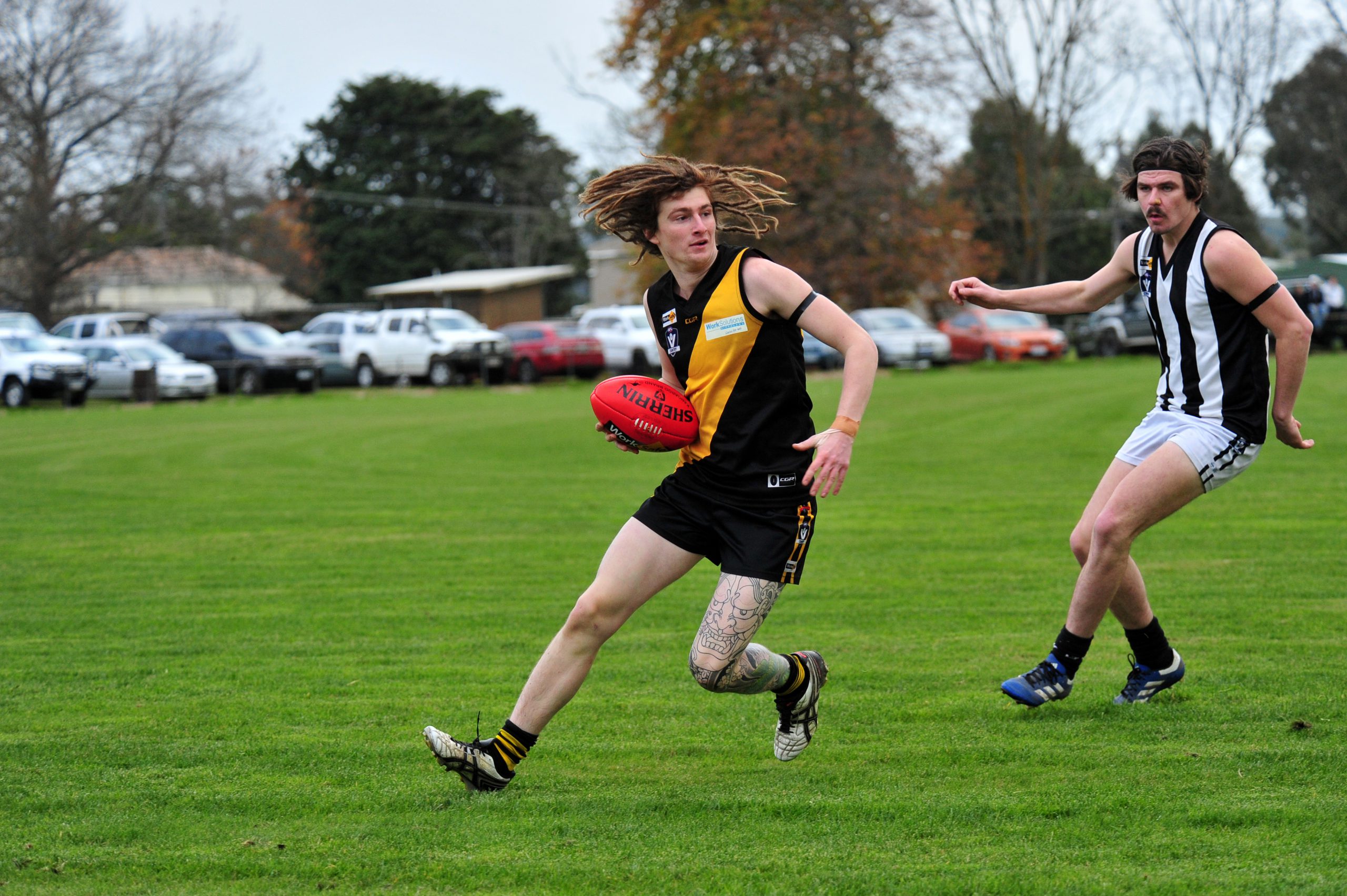 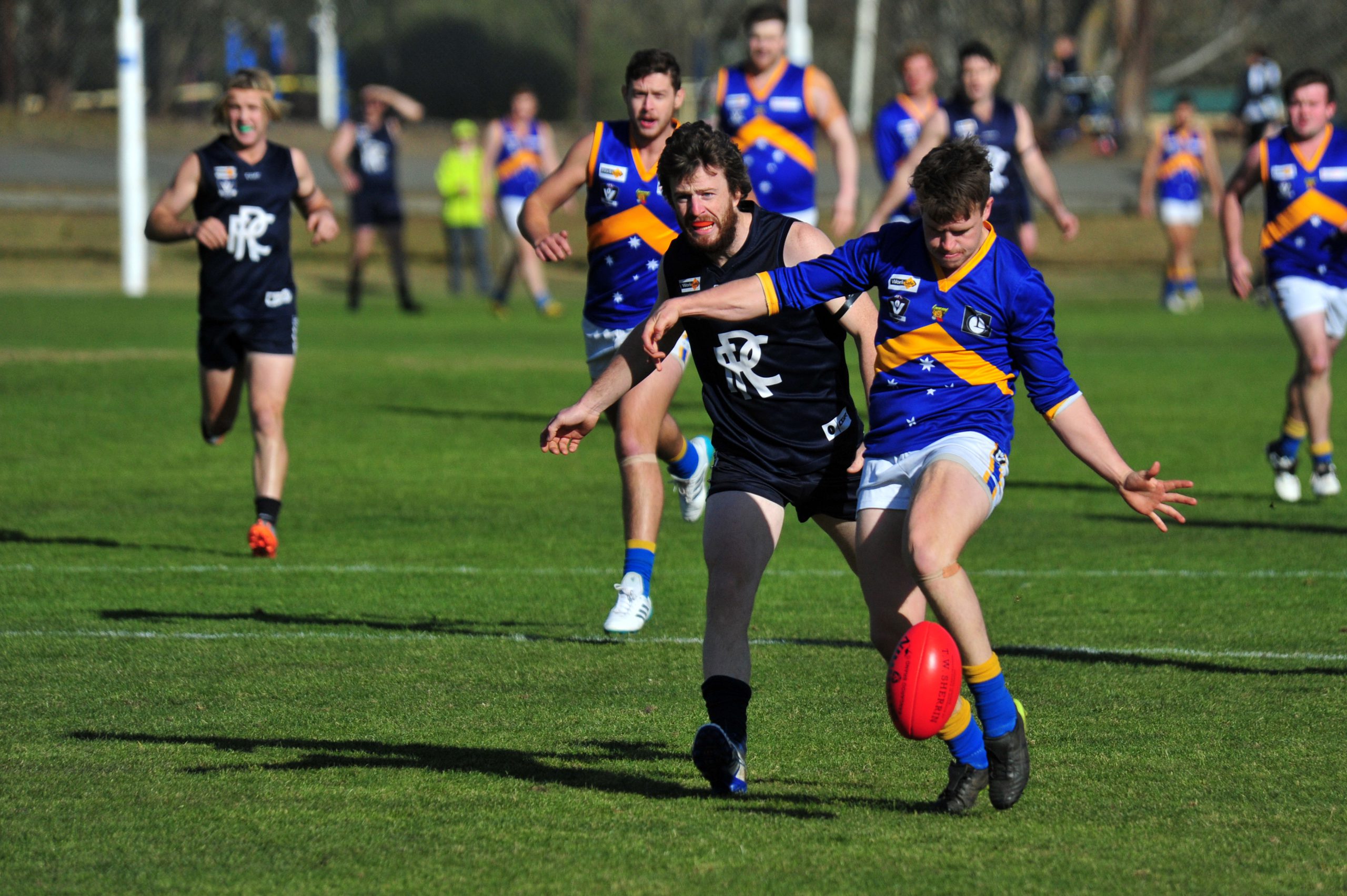 Glengarry and TTU will headline round 15 action in the North Gippsland league this weekend when they face-off in the inaugural Gippsland Pride Cup.

Last time the sides met in round six, the Bombers were infallible in its 56-point annihilation of the Magpies, but Glengarry is well-placed to settle the score this weekend following an impressive turnaround in form.

The Magpies are in seventh position on the ladder with five wins with TTU a game off the pace in eighth.

Glengarry took it to ladder leaders Yarram at the weekend, shocking the Demons in the opening term to head into the first break with a one-goal lead before falling by 20 points at the final siren.

TTU suffered a similar fate in round 14, with a three-goal haul from Luke Francis not enough to get it over the line against Cowwarr.

Glengarry coach Chris Day said his side would be looking to avenge its loss to TTU this weekend after a poor showing in round six.

“We got a bit ahead of ourselves last time,” Day said.

“We played quite well to come pretty close to Yarram the week before so we certainly hope the result is different this time around.”

While a finals berth is all but out of reach for the Magpies, Day said this weekend’s Pride Round fixture was more about “enjoying footy”.

“We know where we’re at and we’re in the bottom half of the league but we match up pretty evenly with (TTU) so it’s more about pride,” he said.

“Sunday is a really important day so we’ll get our best side out there and hopefully make a good day of it and put on a good game for the spectators.”

Day cited the exclusions of Josh King and Travis Patten as key outs ahead of the clash with TTU but said it was not a source of concern.

“We’ll miss a few but we may get a few back too, so we’re just focussed on playing the best we can,” he said.

Last time the sides met in round six, Cowwarr was too strong for Woodside, running over the Wildcats by 17 points.

Cowwarr sits in sixth on the ladder with seven wins and seven losses while Woodside are a game ahead in fifth with eight wins.

The Saints travelled well at the weekend to record a 15-point win over TTU.

The Wildcats were no match for a feisty Bulldogs outfit in round 14, falling to the tune of 55 points.

When Heyfield and Churchill faced off in round six this year, the Roos had nine individual goal-kickers in their 10-point defeat of the Cougars.

Churchill is fourth on the North Gippsland table with nine wins and five losses.

The Roos head into the round 15 clash with renewed confidence after belting cellar dweller Gormandale by 144 points in week one of the round 14 split round.

Churchill was similarly impressive, making light work of Rosedale on the road to run out 68-point victors.

Heyfield coach Josh Stubbe said the Roos would need to improve on their starts this weekend against the Cougars this time around.

“Last time they really burst out of the blocks, so we had to adjust quite a few things.” Stubbe said.

Stubbe also said his side would be looking to “shut down” several key Churchill players this weekend.

“They’ve got a really good list and a really impressive midfield,” he said.

“Chris Williams and Travis Brighton are excellent ball users as well and they can be quite damaging so we’ll definitely focus on them as well.”

On the prospect of finishing atop the North Gippsland table, Stubbe said first spot was not on the Heyfield radar.

“Obviously every team would love top spot, but at the same time there’s also the aspect that you have a week off and could lose match fitness,” he said.

“If we finish first then we’ll be happy but we’re really just after a spot in the top three.”

Gormandale is faced with the toughest task of round 15 when it takes on ladder leader Yarram.

The Demons were in scintillating form when they took on Gormandale in round six, stacking on 23 goals to win by 130 points.

Gormandale suffered a demoralising defeat at the hands of Heyfield in week one of the split round, managing just three goals during a 144-point trouncing.

Yarram continued its dominance of the North Gippsland league in round 14, recording a 20-point win over Glengarry at Railway Avenue.

Demons coach Chris Pettit said his side would be looking to improve on a number of things ahead of this weekend’s clash and finals.

“As with every week we’re trying to build and work on deficiencies to give ourselves the chance to work on things that aren’t going so well,” Pettit said.

Yarram is sitting pretty in first spot with 12 wins for the season while the Tigers are yet to record a win in 2017.

Sale City provided one of the biggest winning margins of season 2017 when it buried Rosedale by 165 points in round six.

Matthew Ferguson kicked eight for City in its crushing win while Bradley Walsh finished with six.

Sale is in third with 11 wins and three losses while Rosedale is ninth with just two wins on the board.

Sale City was impressive in its 55-point demolition of Woodside on the road in round 14, with an even-spread of goal kickers too much for the Wildcats to contain.

Rosedale hosted Churchill at the weekend, with Luke McDonald’s bag of seven goals for the visitors too big a feat to match for the Blues, who were outrun by 78 points.

Sale coach David Piasente said while the Bulldogs weren’t taking Rosedale lightly, they may make some changes to this weekend’s line-up as finals approach.

“We got through unscathed against Woodside at the weekend,” Piasente said.

“But we do have some sore bodies at the moment so we may rest a couple.”