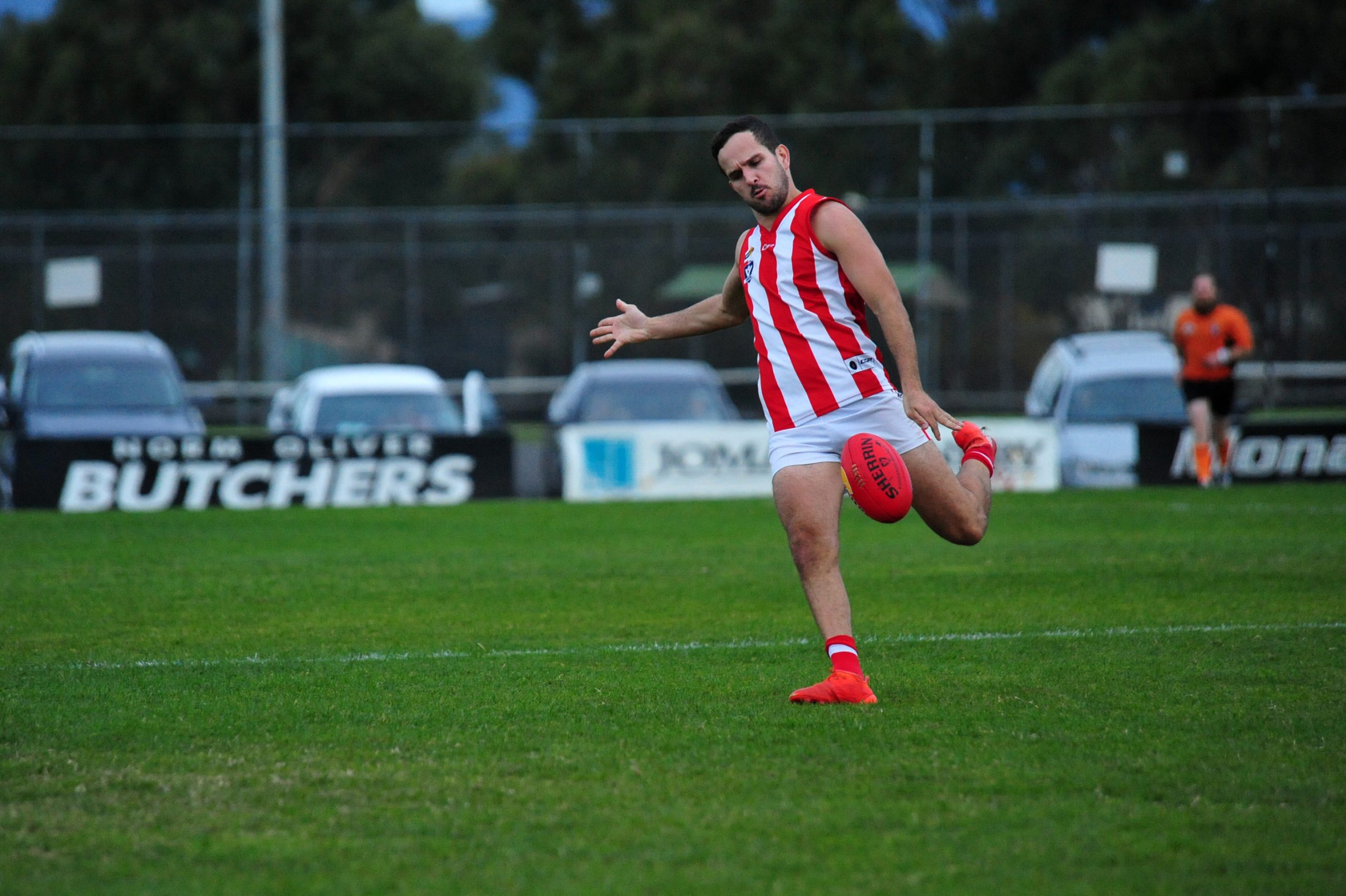 Finals places are still up for grabs as the Mid Gippsland Football League enters the final round of the season.

Yallourn/Yallourn North sealed the minor premiership on Saturday after blowing away Hill End by 49 points.

Thorpdale sits second on 48 points after defeating Yarragon on Saturday, while Yinnar (third), Newborough (fourth) and Trafalgar (fifth) all go into the final round on 44 points.

Sixth-placed Mirboo North has one more chance to crack the five and secure its finals berth when it takes on Yarragon at Downton Park Reserve.

But the Tigers will need other results to go their way.

In their last match-up, Mirboo North walked away with a 44-point victory.

The Tigers are coming off a big win over the Magpies on Saturday and will feel they are peaking at the right time of the year.

In the goal kicking stakes, the Bombers’ Dean Macdonald kicked five goals at the weekend to push him into second place on the goal scoring ladder with 50 majors.

Boolarra’s Chase Saunders leads the way with 53 with his achievement comes despite his team failing to win a game this season.

Hill End’s Michael Santo is also up there in third place, one behind Macdonald.

Newborough needs to secure victory against Hill End on Saturday to ensure it plays finals.

The minor premier has struggled in the back-end of season 2017.

The Hillmen have showed some promise and played pretty well at times against Yallourn/Yallourn North last week despite losing.

The last time these two teams did battle, Newborough took the points, 92 to 79.

Newborough will need to put in a consistent performance to secure victory.

Yallourn/Yallourn North and Thorpdale will end the season with what should be a first-versus-second thriller at George Bates Reserve.

Both teams have been playing great football in recent weeks and fans will be dying to know whether the Blues can be the first team to defeat the rampaging Bombers since round three.

The last time these teams faced off, Yallourn/Yallourn North walked away with a one-point victory.

While the odds are in the Bombers’ favour, this could end in another tight contest.

Morwell East’s finals hopes may have come crashing down at the hands of Trafalgar last round, but it has the chance to end the season on a high when it takes on Boolarra.

The Hawks have fallen just short in many close encounters this season but will be confident of taking the points this weekend after defeating the Demons by 76 points in round nine.

Boolarra enters the match with one last chance to register a win this season.

Yinnar and Trafalgar have a chance to lock in their finals spots when they face off at Yinnar Recreation Reserve on Saturday.

Both teams sit on 44 points, just four ahead of Mirboo North.

If the Tigers win and the Magpies overcome the Bloods, Mirboo North might sneak into the finals series.

Yinnar goes into the match on the back of a loss to the Tigers last round, while Trafalgar will be on a high after edging out Morwell East in a thriller.

Trafalgar has a good chance to avenge its 37-point loss to the Magpies in round nine.