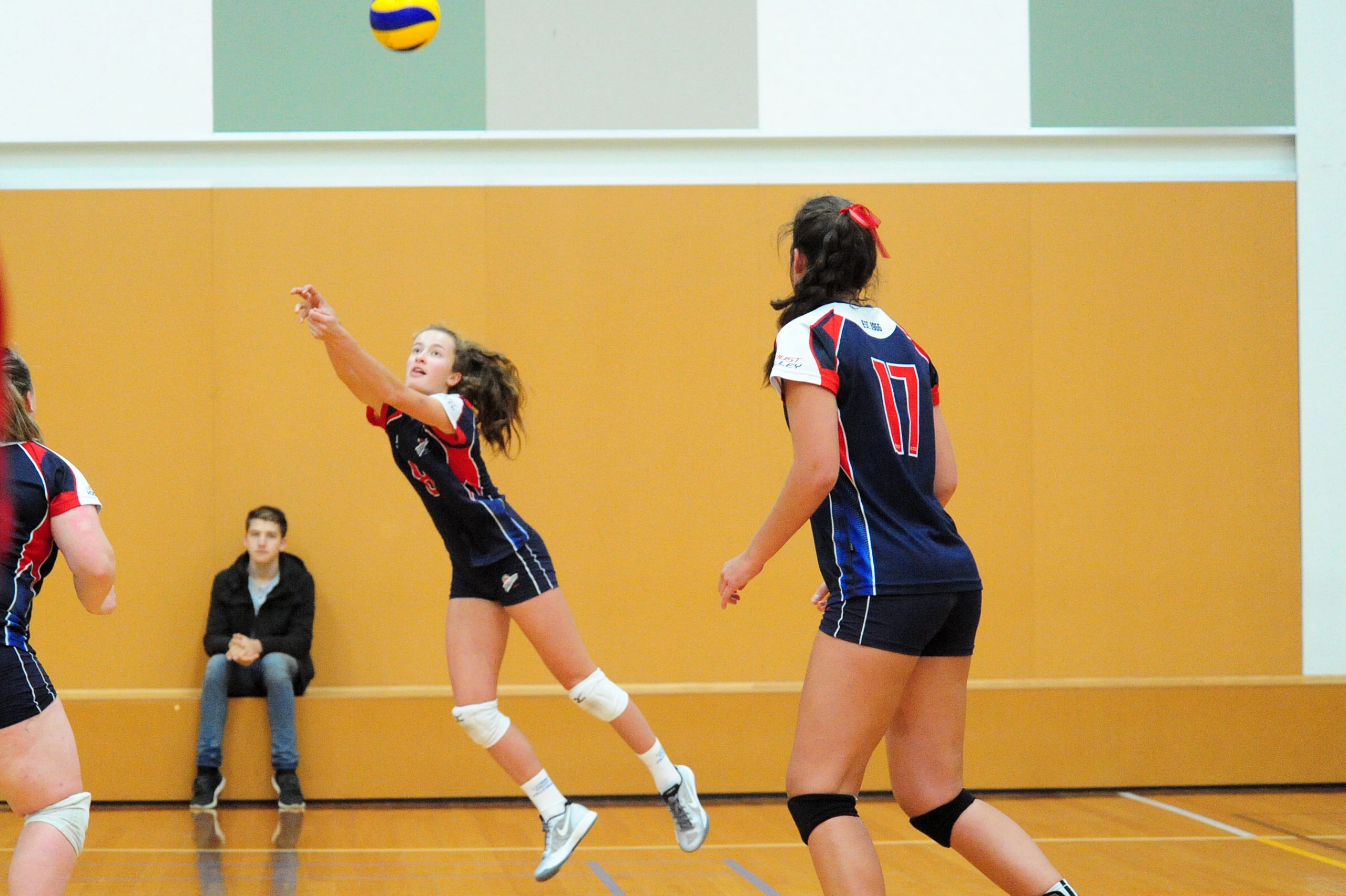 From this humble beginning, she went on to represent Australia and win a gold medal at the Youth Commonwealth Games in the Bahamas last month.

In the beginning, Rebecca was more interested in tennis and played volleyball as a fun outlet until her school coach, Anthony Young, suggested that she attend an under 16 Victorian team tryout.

At the state tryouts, Rebecca was one of the youngest players and wore her Maffra Secondary College jersey.

She was so immensely proud of the opportunity to represent her school.

Unfortunately, being her first state tryout, she was overwhelmed and let her nerves get the better of her.

She was told she was cut from the team after the first training session.

Rebecca didn’t let this rejection discourage her and the next day she decided to attend the under 17 girls state team trials.

This time, Rebecca had a lot more confidence and was selected in the development team which allows players to grow their skills.

It was the first time Rebecca met her current coach, Glenn Trembath and Brian Scott from Latrobe Valley Volleyball.

Glenn was coaching the top state side and invited Rebecca to play for Latrobe Valley Volleyball.

“That tournament was pivotal to me,” Rebecca said.

“I had an amazing experience. I made lots of friends and got the opportunity to travel playing the sport I came to love.”

She was so taken with volleyball that she told her mother she was “officially quitting tennis to give volleyball a shot”.

Since June 2015, Rebecca has gone on to represent Latrobe Valley Volleyball each Saturday in the Victorian Volleyball State League in Dandenong and has gained a lot of experience playing against much older and more experienced players.

Trembath and Scott have seen huge growth in Rebecca’s confidence and ability.

“Through state league Rebecca has been playing against some of the best players in the state who are not only older than her but have years more experience than her,” Trembath said.

“Rebecca has continued to impress us with her ability to adapt, expand her skills and gain in confidence.”

Rebecca has also had the honour of being chosen as Australia’s most outstanding junior volleyball player.

“I have made life-long friends through playing volleyball,” Rebecca said.

The sport has also opened doors to an international career for Rebecca and she has been offered a full beach and indoor volleyball scholarship to Stetson University in the United States.

Through the 2017 Youth Commonwealth Games in the Bahamas, Rebecca was awarded a gold medal topping off an already great year.

“As an 18-year-old I would have to say that playing volleyball was the best decision I have ever made,” Rebecca said.

“Playing for Latrobe Valley Volleyball was a special part of the journey where I had terrific coaches”.

Anyone who would like to play volleyball in a supportive environment with qualified coaches is welcome to attend Latrobe Valley Volleyball training sessions for free at Lavalla Catholic College’s Champagnat Centre.

Entry is via Grubb Avenue, Traralgon.

Training sessions are targeted at school years 5, 6 and 7.