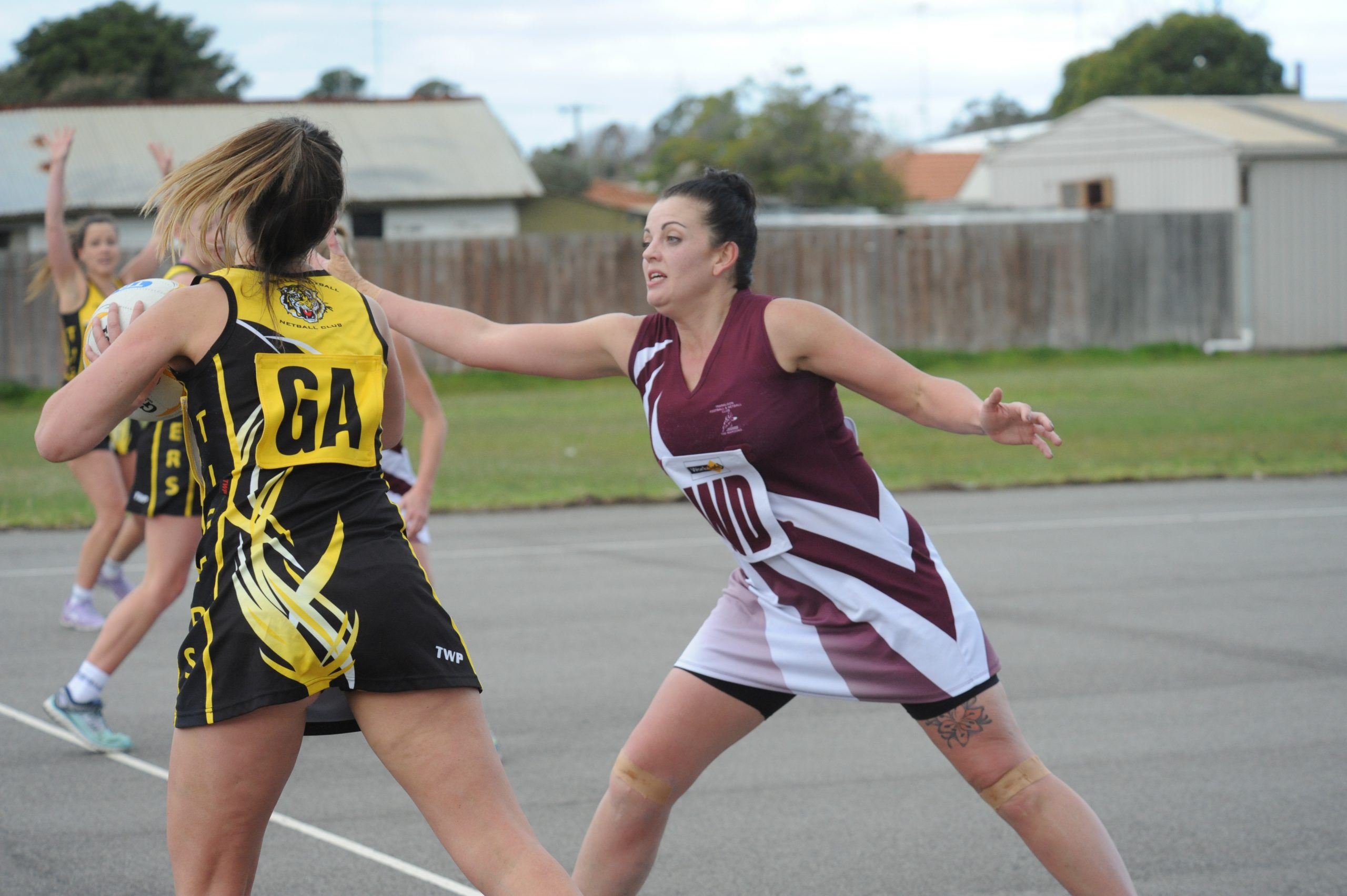 Moe is faced with a tough task when it hosts an in-form Morwell outfit this weekend in round 18 action.

Both sides will play finals this year and currently sit in fourth and second, respectively.

Moe emerged victorious after a tight battle with Wonthaggi in round 17, getting the better of the Power in the second half to win by eight goals.

The Tigers secured the scalp of 2017 after it upset Traralgon by 13 goals to hand the Maroons their first loss of the year.

Last time Moe and Morwell did battle in round nine Morwell hosted and outlasted Moe to record a 53-38 win.

Tigers coach Gail MacFarlane said the round 17 upset over Traralgon was a huge confidence boost for her team.

“It was pretty exciting, our girls came out with a completely different mindset than last time,” MacFarlane said.

“The things we had been working on in preparation for finals really came together nicely so that was really pleasing.”

MacFarlane cited a change in defensive structure as a major contributor in Morwell’s landmark win and said the side was shaping up nicely ahead of finals.

“That defensive change really worked for us and our attacking players were a lot more focused and purposeful and they fired nicely,” she said.

Despite its fairly convincing win against the Lions in round nine, MacFarlane said she expected a spirited showing from Moe this week.

“Moe will come out and be all guns blazing but we’re quite solid in what we need to do and what matchups we need to consider and that sort of considered approach is working well for us at the moment,” she said.

The Morwell line-up remains unchanged and eagerly awaits the return of injured Laura Pickering ahead of finals.

MacFarlane said all eyes are now round 18 and finals.

Traralgon has secured a top of the table finish in the Gippsland League and will look to put away sixth-placed Warragul this weekend in the final home and away fixture for 2017.

Traralgon couldn’t quite match it with Morwell in round 17, falling by 13 goals at the final whistle in its first loss for the year.

Warragul suffered a similar fate at the hands of Leongatha at the weekend, losing out by 17 goals.

When Warragul hosted Traralgon in round nine it never really looked like threatening the Maroons who were rampant on their way to a 66-35 win.

Drouin looks set to continue its hot run of form in round 18 ahead of finals when it hosts cellar dweller Bairnsdale at Community Bank Oval.

Drouin enters the final home and away game of the season in fine form after travelling well to record a 16 goal win over Maffra.

Bairnsdale wasn’t so lucky, hosting Sale unsuccessfully to lose out by nine goals.

Last time the sides met in round nine Bairnsdale was unforgiving and dominated across all areas of the court to record a 66-goal win.

Sale and Wonthaggi are both out of finals contention but will play for pride this weekend when ninth plays eight in the last game of the season proper.

The Magpies survived a close call against Bairnsdale at the weekend, overcoming a feisty Redlegs outfit to emerge nine-goal victors.

Wonthaggi had a close encounter of its own against Moe in round 17, going toe-to-toe with the Lions all day before falling by eight goals.

The Power hosted Sale in round nine and were too strong, overrunning the Magpies by 10 goals.

Leongatha has secured fifth spot on the Gippsland League ladder and will host Maffra this weekend as it prepares for a 2017 finals berth.

The Parrots were too strong for Warragul when it travelled in round 17, dominating on goal to win 55-38. Maffra couldn’t match it with Drouin at the weekend and was overrun by 16 goals.