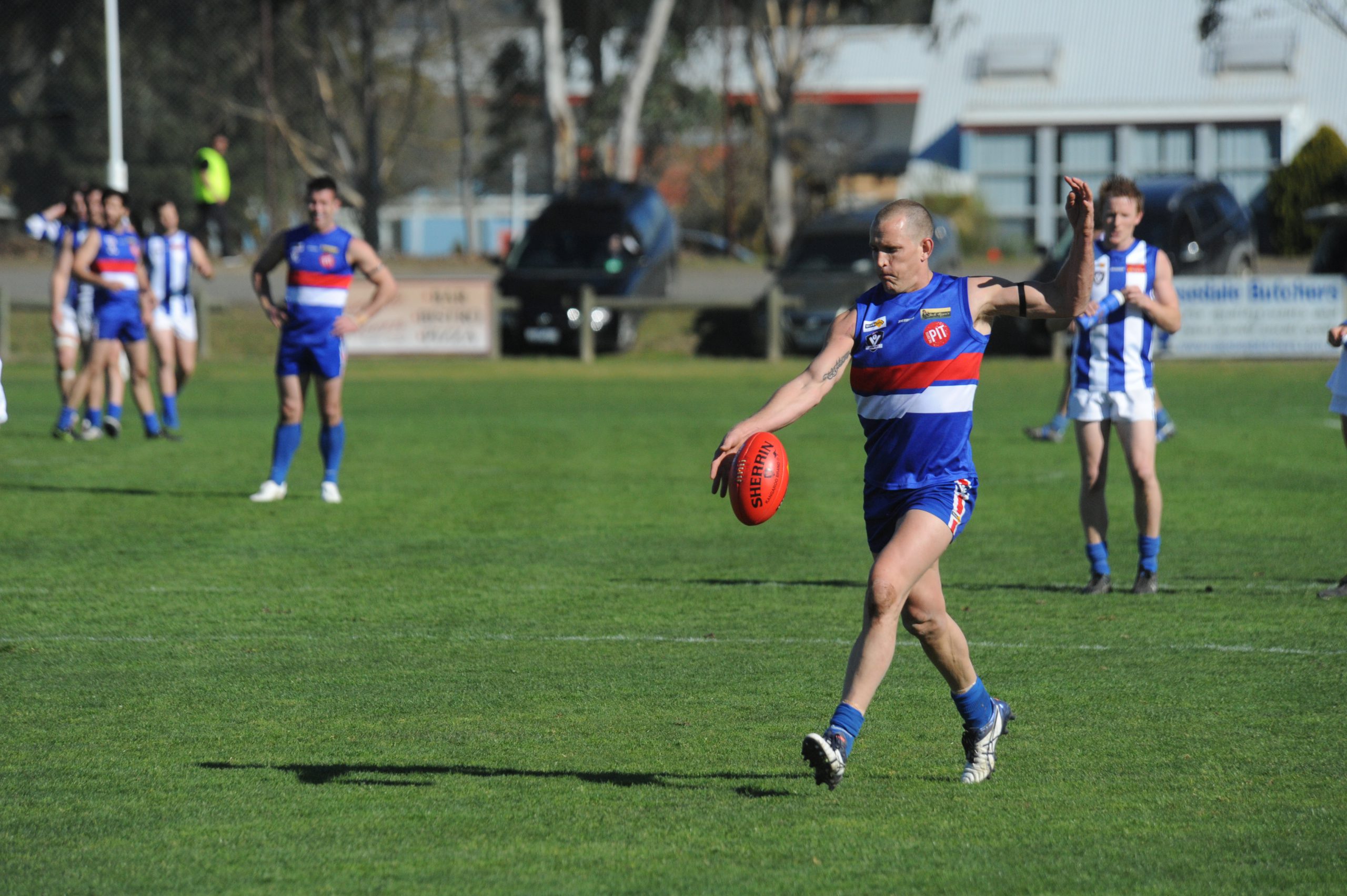 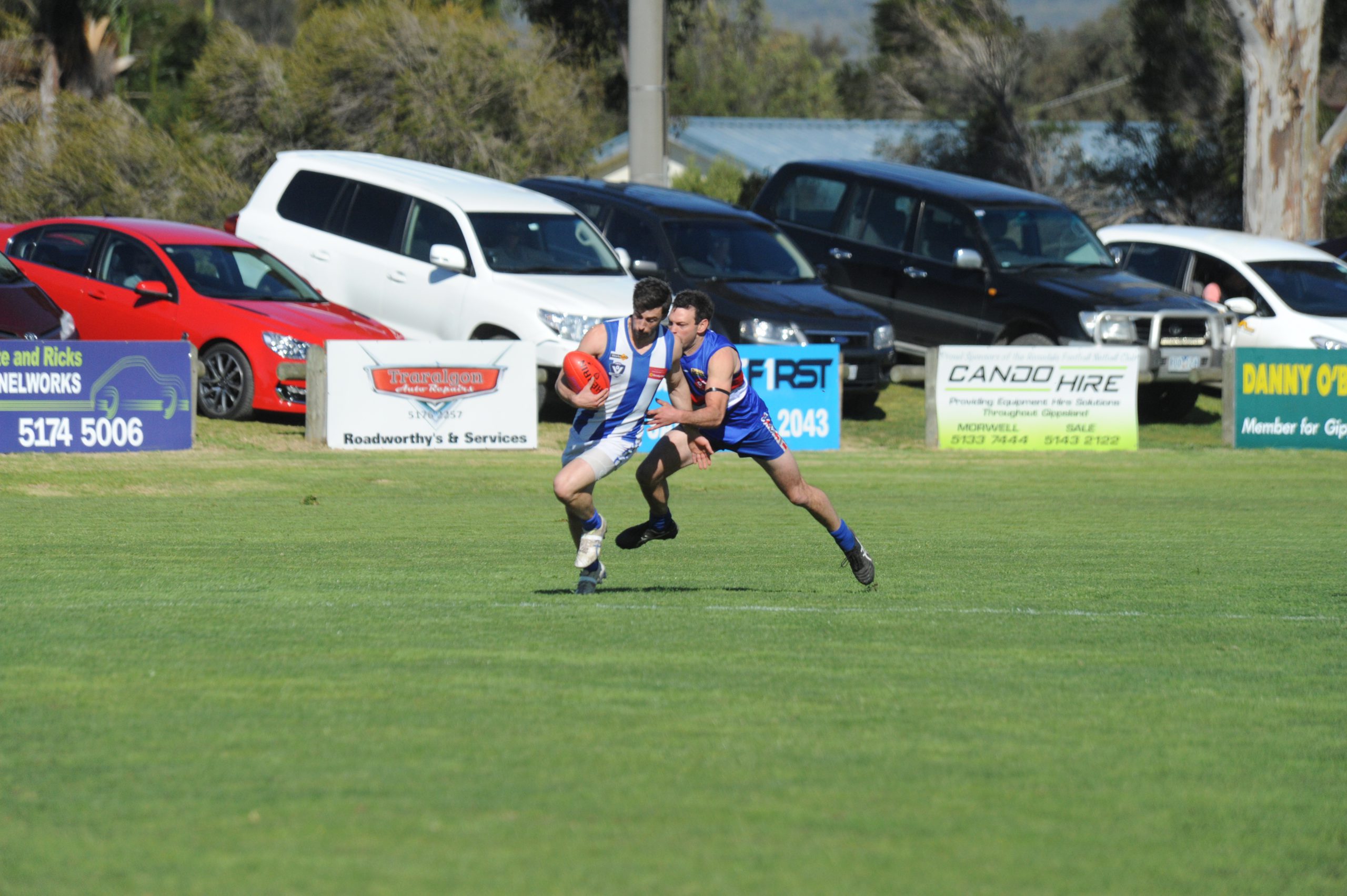 The Bulldogs started slowly and managed just two goals to half-time with a 19-point deficit at the major break.

A four-goal third term put Sale City within 12 points of Heyfield at three-quarter-time and set up a thrilling finish.

Both sides fired in the last quarter and scored four goals apiece with Heyfield finishing 13 points clear at the final siren.

Matthew Ferguson was huge for Sale City in its loss with a five-goal haul.

Thomas Wilson was the only other multiple goal-scorer for the Bulldogs with two majors.

Nicolaus Campbell was Heyfield’s biggest scoreboard contributor for the day with three goals while Jordan and Josh Stubbe bagged two each.

Scott Anderson earned best-on-ground plaudits and was joined by Adrian Cox, William Kelly and Nicholas Dowse in the votes.

“We went into the game really wanting to focus on shutting down Sale’s ball use and I think we really set the win up from the first bounce with our pressure and tackling which we maintained all day,” Stubbe said.

A shut-down effort by the Roos on the Bulldogs’ midfield was a major contributor towards the win, according to Stubbe.

Stubbe cited the performance of midfielder Michael Cohen as a standout in the win.

Sale City coach David Piasente said he was “really pleased” with the Bulldogs’ performance despite the loss.

“The boys never stopped trying and we thought we were in the game all day,” Piasente said.

Piasente said inaccuracy on goal and poor finishing by the Bulldogs let them down on the day.

He said a “pretty even game” was eventually split by execution.

“They managed to execute better at goal than us in the end and they finished better than us so that’s what I feel it came down to,” he said.

“They took advantage of their goal-scoring opportunities and we let ourselves down.”

The Bulldogs were ravaged by injury throughout the game and we left with no rotations in the last term.

Mitch Evans copped a corky in the first quarter, Justin Mclay was knocked out in the second term and Kerrod Macgregor-Davies did his shoulder.

The win sets the Roos up for a date with minor premiers Yarram in this week’s second semi-final at Gaskin Park.

With a double chance, the Bulldogs will now face Churchill in the first semi-final this weekend.

A seven-goal-to-one blitz in the third term set up victory for Churchill against Woodside in Sunday’s elimination final at Glengarry Recreation Reserve yesterday.

The Cougars led at every change, but spectators were treated to a lively first-half contest with just seven points separating the two teams at half-time.

The Wildcats managed the first major of the third term through the efforts of Thomas King but from there it was all Churchill, as the Cougars piled on seven unanswered majors.

Cameron Whiteoak booted three of Woodside’s five majors in the final term but it was not enough to turn the tide.