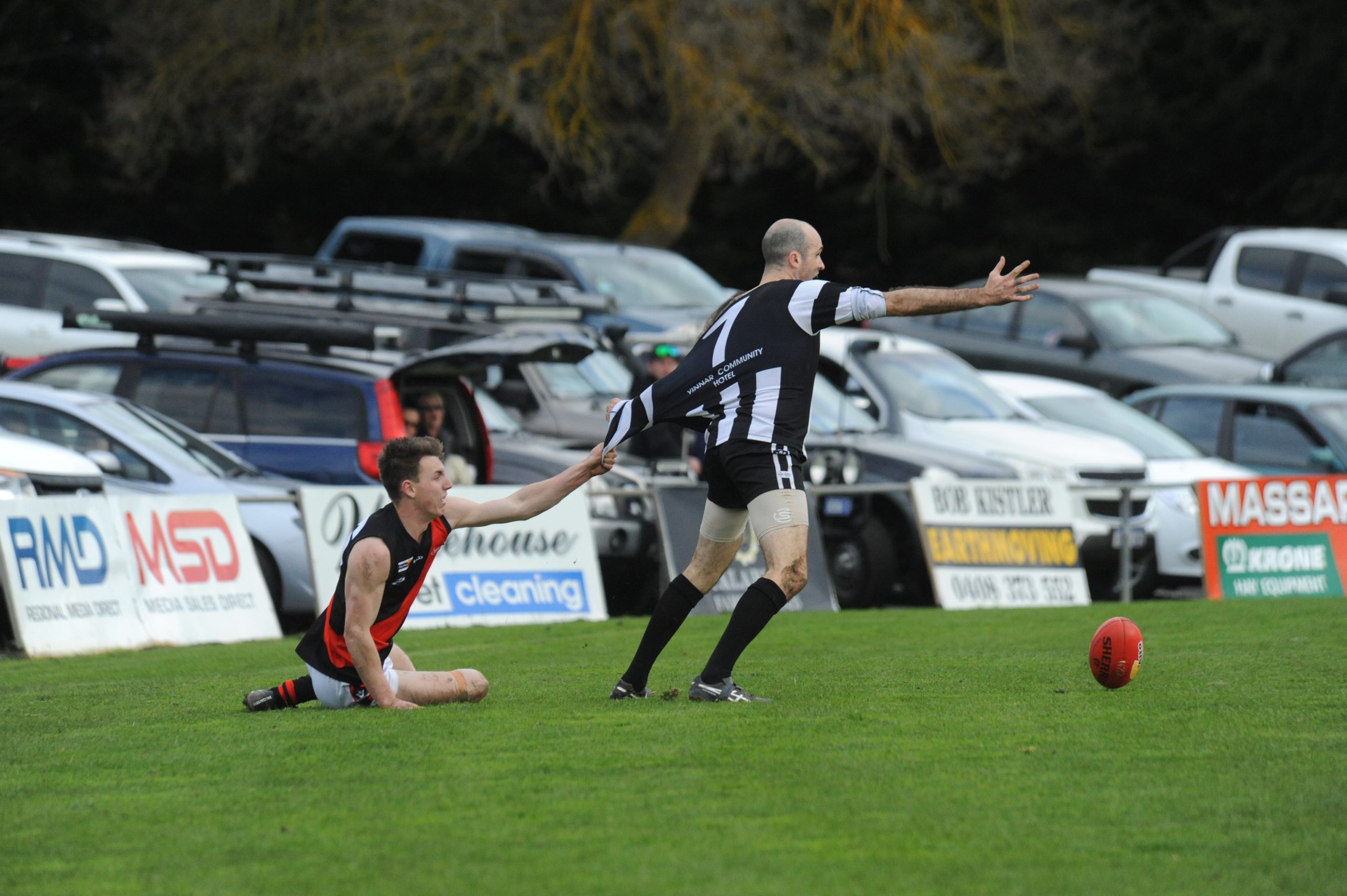 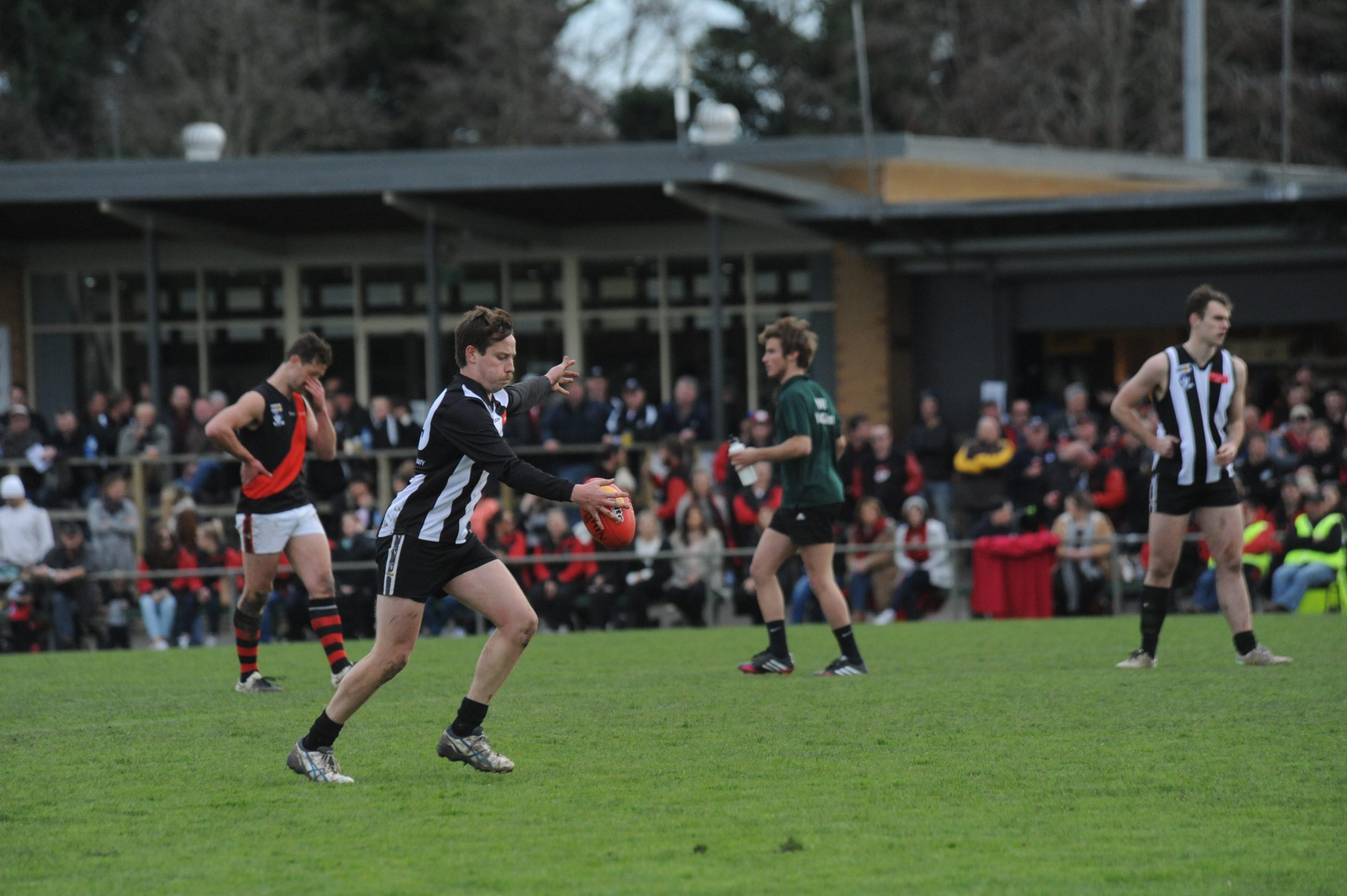 Thousands of spectators streamed through the gates at Yinnar for the first Mid Gippsland semi-final.

In an absolutely thrilling semi-final contest, Yinnar maintained a high rate of pressure throughout all four quarters to edge out Yallourn/Yallourn North 12.6 (78) to 11.8 (74) at the final siren.

The Magpies led for most of the game and secured themselves a spot in the grand final with the four-point win.

Tyler Brown drew first blood with an early goal for YYN which was quickly matched by Liam Visser for Yinnar.

Visser quickly kicked his second and was joined by Sam McCulloch on the scoreboard to give Yinnar the early lead.

Darcy Shellcot kicked a late goal for YYN to bring the Bombers within seven points at quarter-time.

Yinnar put pressure on the scoreboard early in the second term through McCulloch who goaled to extend the Magpies’ lead.

Anthony Young responded soon after for YYN to keep the Bombers within reach, but Visser continued to fire in the second quarter and goaled to take his bag to five before half time and give Yinnar a 22-point lead at the main break.

The Bombers came out fighting in the third term and goaled through Barrie Burnett and Dean MacDonald to narrow the deficit to 10 points.

YYN clinched the lead late in the third term before Tyler Chisholm goaled for Yinnar to put the Magpies in front at the final break by seven points.

A goal-for-goal start in the final quarter set the tone for an exciting finish, with YYN kicking the final goal of the game to fall four points short.

Yinnar playing-coach Jamie Aitken was absolutely thrilled with his team’s performance and said he “could not be happier” to have earned a grand final berth.

“I am over the moon that we came out on top,” Aitken said.

“We held on when the Bombers came on strong in the third quarter and maintained the pressure by running the ball and getting forward at every opportunity.”

Yallourn/Yallourn North playing-coach Adam Bailey said he was hopeful his side would bounce back in this week’s preliminary final.

“I felt that the better team would take out the points and they definitely played better today,” Bailey said.

“I don’t think we were in the game mentally as much as we would have liked and we had a poor second quarter, but we will try and build on how we played in the second-half for the preliminary final to hopefully earn a grand final spot.”

Mirboo North has booked itself a preliminary final date with minor premier Yallourn/Yallourn North after defeating Thorpdale in the second semi-final.

Mirboo North took a 13-point lead into the first break before the Blues recovered to hold their foes to a single major in the second term.

By half-time, Thorpdale had narrowed the deficit to seven points.

But a three goal to two final term sealed the victory.

Josh Collie, with three majors, was the Blues’ leading goal kicker and best-on-ground.