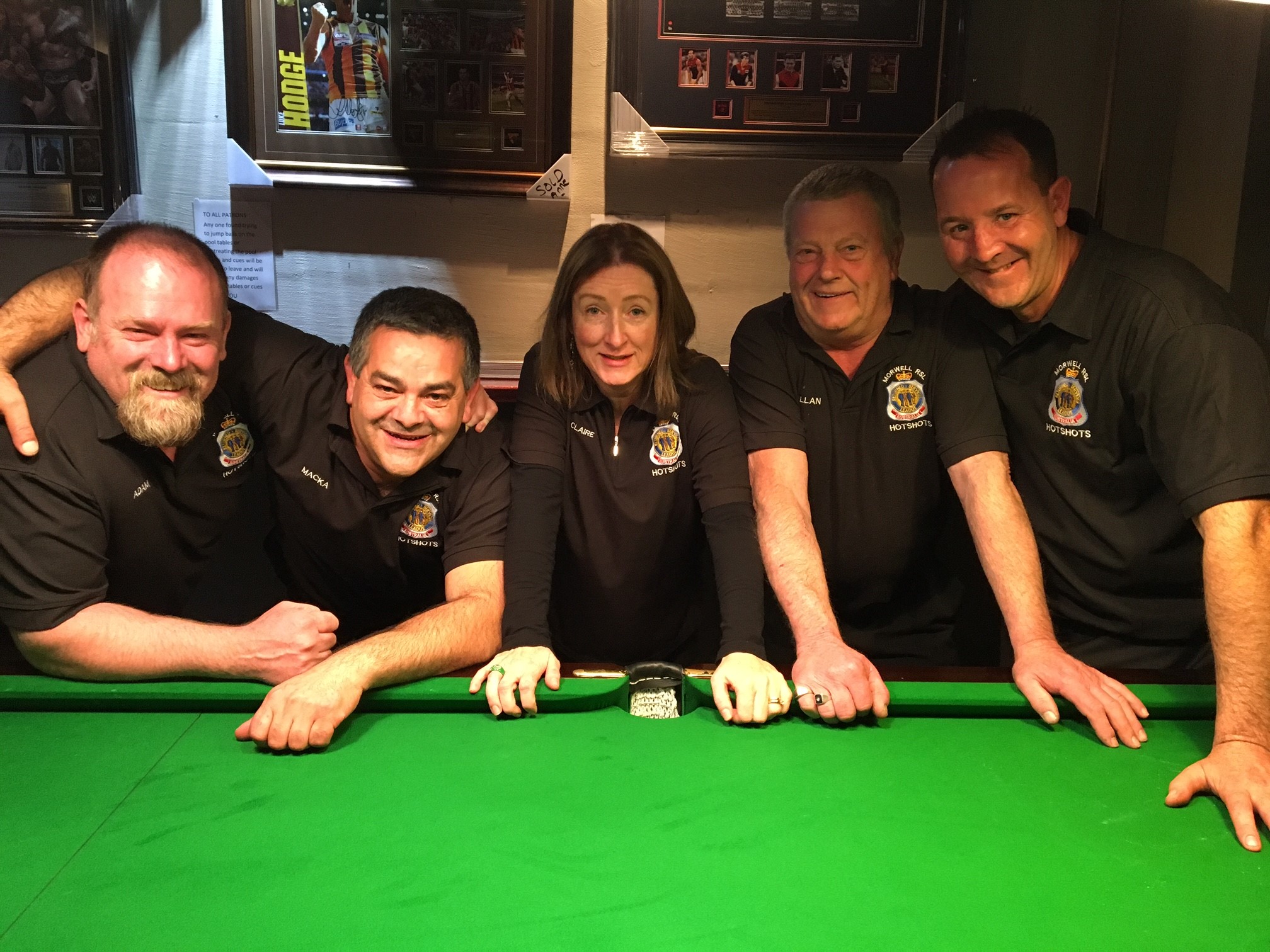 There were some great games in the first round with a best-of-five format.

Rosa Payne clinched victory 3-1 over Bianca Van Der Velden while Lia Day fought out a tight match against Jane Kolakowski and came out on top, 3-2.

The battle of the two Angelas was next and featured some great tactical games.

In round two, Claire Blackford took a 3-1 win over on Sonia Scloyer.

Ange Wright came up against Suzy Allen in a great match that Suzy took home 3-1.

Round three was a best-of-seven format with Rosa Payne falling to Claire Blackford in a one-sided match, 4-0.

The final between Allen and Claire Blackford was a best-of-nine contest and Payne played Rockall in a playoff for third.

The decider was full of nervous moments with the two best players slogging it out in a match full of wit and tactics.

Both players showed some amazing potting skills and cue ball control with Allen potting a red off the break, nominating yellow and potting out in a great display of skill and concentration.

The standard of play lifted with Blackford playing some great bank shots and long pots.

After a great show Allen emerged with a 5-2 win.

Suzy Allen received congratulations for taking out the LVEBA Ladies Singles and to runner-up Claire Blackford and third-placed Rosa Payne.

The association thanked all that played.