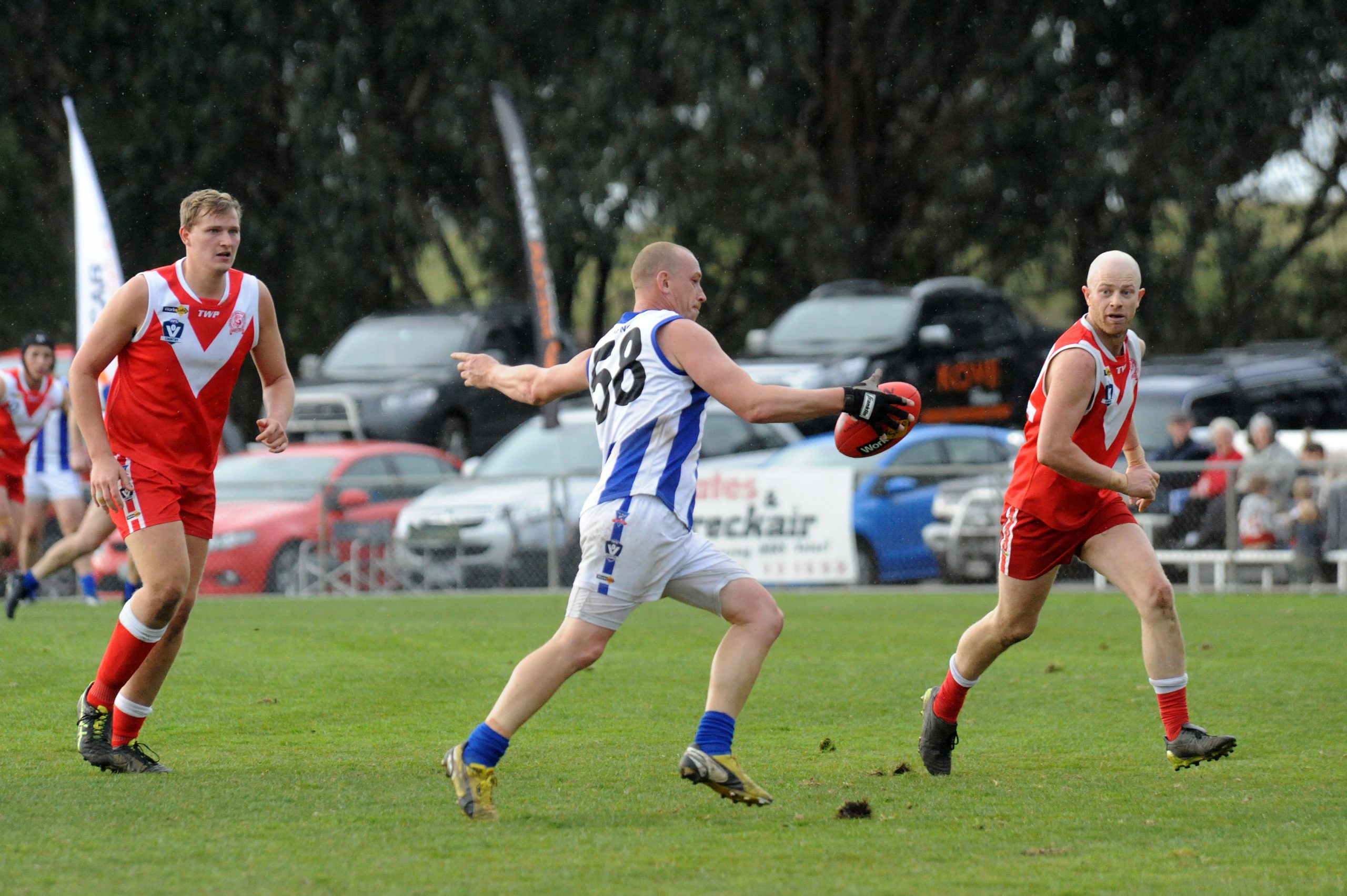 An eight-goal third-quarter barrage from Yarram proved too much for Heyfield to withstand in Saturday’s second semi-final as the Demons marched into the 2017 grand final with a 20.20 (140) to 13.8 (86) victory over the Roos.

Yarram burst out of the blocks in the opening term, stacking on four goals in quick succession to leave the Roos scoreless at the 16-minute mark.

The Demons’ defence was proving impenetrable until Jason Garrett broke through for Heyfield’s first major midway through the first.

Goals to William Kelly and playing-coach Josh Stubbe stemmed the bleeding for Heyfield and saw the Roos head into the first break 15 points in the red.

Yarram’s lead was quickly extended to 21 points when Corbin Sutherland scored within two minutes of the opening bounce and another two majors for the Demons left Heyfield lagging by 36 points at the 20-minute mark.

Two goals to Heyfield late in the piece etched Yarram’s lead back to 26 points at half-time.

Yarram coach Chris Pettitt spurred the Demons into action at the main break and a stunning eight-goal third quarter gave the minor premier a 44-point lead.

A valiant last-ditch effort from the Roos saw them bag another three majors before falling at the final siren by 54 points.

Pettitt said his side “got off to a good start” and managed to hold-off Heyfield for most of the day.

“It was a good win, we weren’t focused on scoreboard pressure but more about intensity around the ball creating opportunities to move the ball forward, which we did really well,” Pettitt said.

“We had [Heyfield] covered pretty well in the first half and then they got back within nine points at one stage, but we eventually broke the shackles and kept a big buffer.”

Pettitt cited the Demons’ “focus on the ball, not the man” as a major contributor in the 54-point victory

“We were looking at going into finals with the same type of pressure that has got us this far and that was to make sure our intensity was high and we didn’t give away any silly free kicks,” he said.

Pettitt also highlighted a mix of young and old as a key to Yarram’s on-field potency.

“Our young fellas have really stood up in recent weeks and they had a good game yesterday, but we were also reminded about guys like Chris Bruns and Griffin Underwood who showed us what finals footy is all about,” he said.

“They really took the game and grabbed it by the scruff of the neck.”

Matt Clavarino suffered a broken leg in the opening term on Saturday and won’t play for Yarram in the decider.

Heyfield will now face Sale City in this weekend’s preliminary final after it disposed of Churchill in the first semi-final.

The Bulldogs will now face Heyfield in this weekend’s preliminary final after it was overrun by minor premier Yarram at the weekend.

City burst out of the blocks in the opening term, scoring two majors through Evan Johnston and playing coach David Piasente in the first five minutes.

An answer from Cougar Ben Kearns was quickly overshadowed by successive majors to Sale City courtesy of Rowan Bell and Beau Bennett to take the Bulldogs to the first break with a 19-point lead.

The Cougars started the second resolute, and Kearns fired twice early to put Churchill within two points at the seven-minute mark.

The Bulldogs had chances to put the game well beyond Churchill’s reach, but inaccuracy on goal saw them relinquish the lead and trail the Cougars by eight points at the main break.

A goal-heavy third term went the Bulldogs’ way and six majors helped them to a 22-point lead at three-quarter time.

Kearns was huge for Churchill in the final term, booting the first three majors to take his tally to eight for the day and bring the Cougars within three points.

A scoreless 10 minutes ensued until Matthew Ferguson goaled twice for Sale City to extend the Bulldogs lead to 14 points with five minutes remaining.

Josh Tollner scored again for the Bulldogs shortly after and sealed the victory and a preliminary final berth for Sale City.