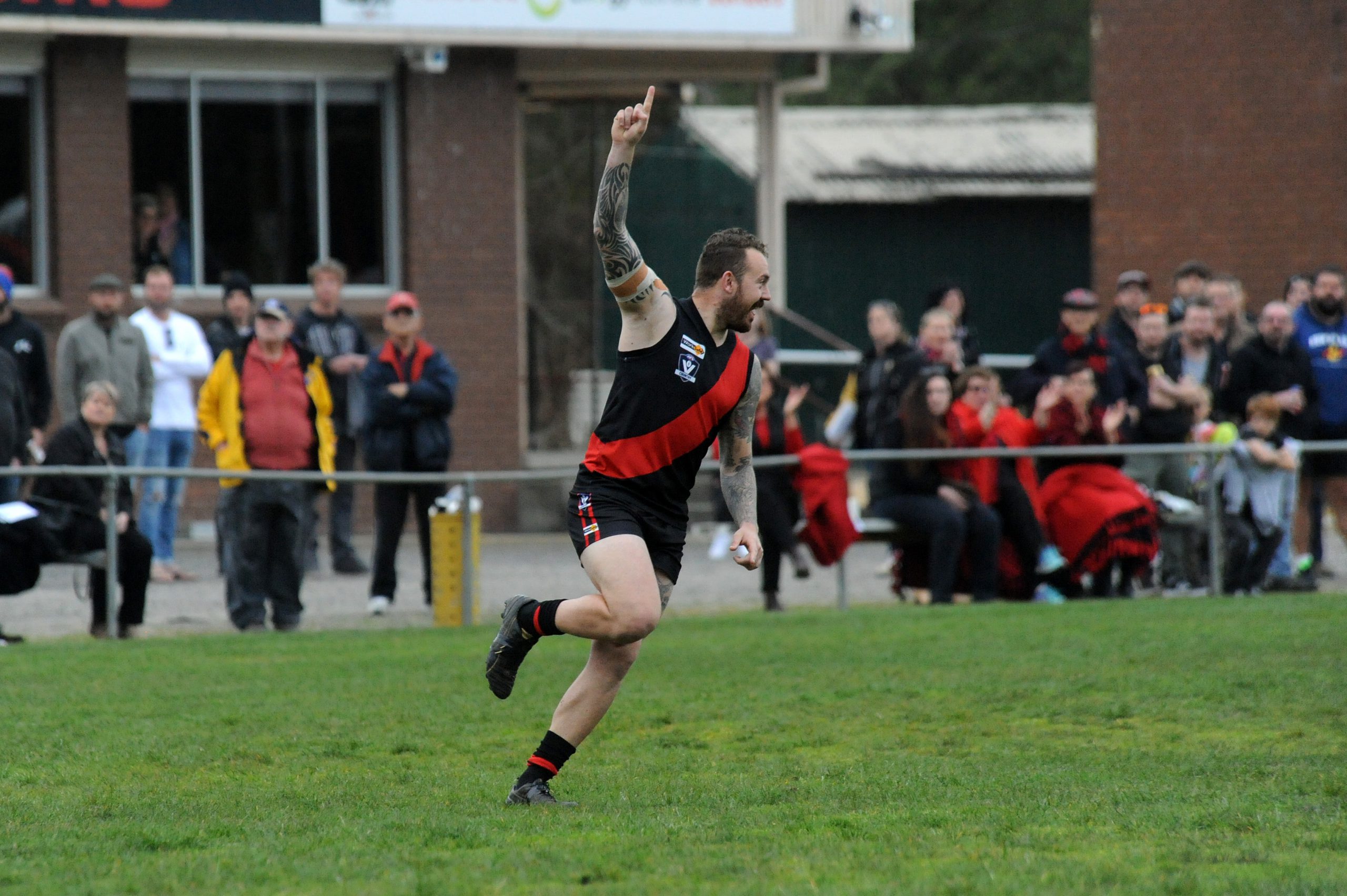 The grand final match-up has been decided after Mirboo North beat Yallourn/Yallourn North in a thrilling preliminary final battle at the weekend, 14.7 (91) to 9.7 (61).

The Tigers have booked themselves a date with Yinnar in the decider on Saturday at Morwell Recreation Reserve.

Josh Taylor drew first blood for Mirboo North in the first two minutes of the match.

Tim Phillips scored the first major for YYN from 10 metres out shortly after to level scores.

The pressure of finals football was clear, with both sides moving the ball at a frenetic pace early on.

Zac Kilgower and Tim Traill teamed up to score two more majors for the Tigers and lead them to an eight-point lead at quarter time.

Two goals each to Dean McDonald and Phillips levelled scores at 39 points apiece at the major break.

Traill hit the scoreboard again for Mirboo North early in the third to give the Tigers a brief lead before YYN responded swiftly.

After a lacklustre stretch of play Braydon Wilson scored for Mirboo North from 50 metres out.

Rain began to fall at George Bates Reserve and scores stood 58-54 in the Tigers’ favour at the final break.

A goal-frenzied last term kicked off with Phillips who scored to give the Bombers the lead for the first time.

Mirboo North responded quickly and Traill booted goal number four to put the Tigers back in the lead.

The Tigers were rampant in the last term, booting five majors to YYN’s one to run away with a 30-point win.

Mirboo North playing-coach Clancy Bennett said his side “worked really hard” to get the win.

“I told the boys before the game how proud I was of them to get to this point but we didn’t want to be satisfied with just getting here,” Bennett said.

“We’ve got some really good players who worked to deny them some space and time and we just took advantage of the opportunities when they presented to us.

“The boys dug really deep and when we got the momentum in the last quarter everything worked in our favour.”

YYN playing-coach Adam Bailey was “disappointed” his team fell at the last hurdle but praised Mirboo North for its efforts.

“Mirboo North are peaking at the right time, which is great for them,” Bailey said.

“All credit to them, they have a great coach in Clancy Bennett and we just didn’t match up enough today.”

Mirboo North face Yinnar in the grand final on Saturday.

All Mid Gippsland League grand finals will be played on Saturday, 9 September at Morwell Recreation Reserve.

Thirds: Newborough v Trafalgar at 10.30am