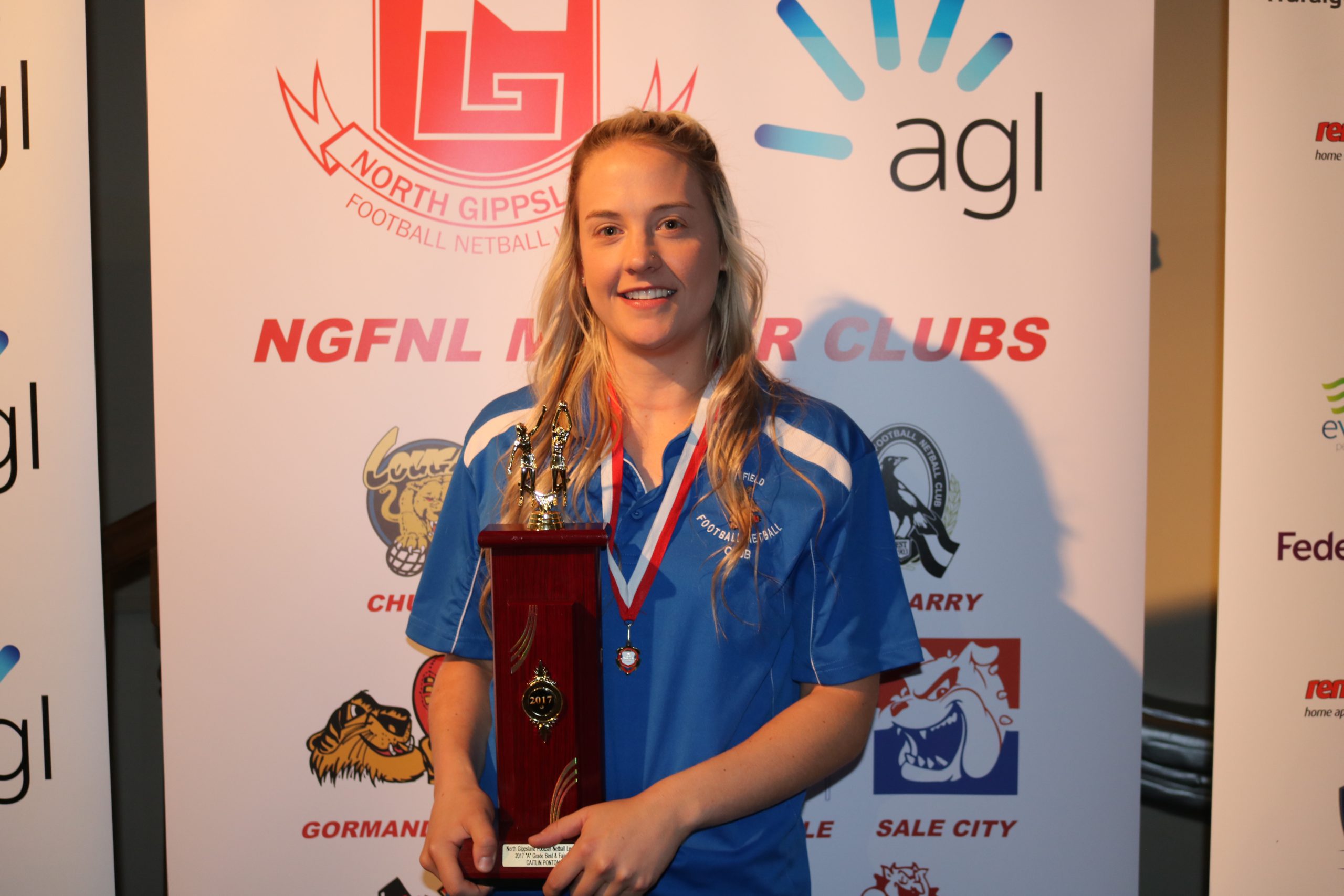 The classy inside midfielder has been knocking on the door ever since the Demons joined the competition in 2014, finishing third in the vote count three years in a row – though twice ineligible due to suspension.

However, a best-on-ground performance in the final round against Cowwarr – his seventh of the season – took his tally to 25 votes and secured him the medal ahead of Woodside star Todd Bryant.

Bryant missed out on the votes in his final game of the season against Churchill and finished two votes back, with Sale City champion Jacob Schuback third with 21 votes.

Underwood, 32, has been a mainstay of the Yarram on-ball brigade and a model of consistency, having been named the starting rover in every Team of the Year since joining the league and is a former coach of the Demons’ senior side.

The medal was Underwood’s second league best and fairest award, having won the 2007 Peter Moore Medal when Yarram was part of the Alberton Football Netball League.

The Demons on to win a premiership that year and Underwood will be hoping that’s a good omen as his side prepares for a maiden NGFNL grand final appearance next weekend.

The Demons take on the winner of Saturday’s preliminary final between Heyfield and Sale City.

Ponton, who joined the Kangaroos an established star, having represented the Gippsland League on multiple occasions and won premierships at Traralgon, was named best on court eight times for a total of 32 votes.

Churchill defender Maddison Burney was runner up with 28.

The pair were named as the starting defenders in the team of the year.

In other awards, Glengarry’s Robbie Dawson was awarded the Lloyd Schacht Medal as reserves best and fairest and Ryan Carlson of Churchill won the George Bland Medal as third best and fairest.

Faith Biddle of Sale City and Chloe Finn of Yarram were the 17-and-under and 15-and-under best and fairest winners.

The Netball Rookie of the Year Award went to Livinia Ronchi from Sale City and Liam Farley of Yarram won the football equivalent.