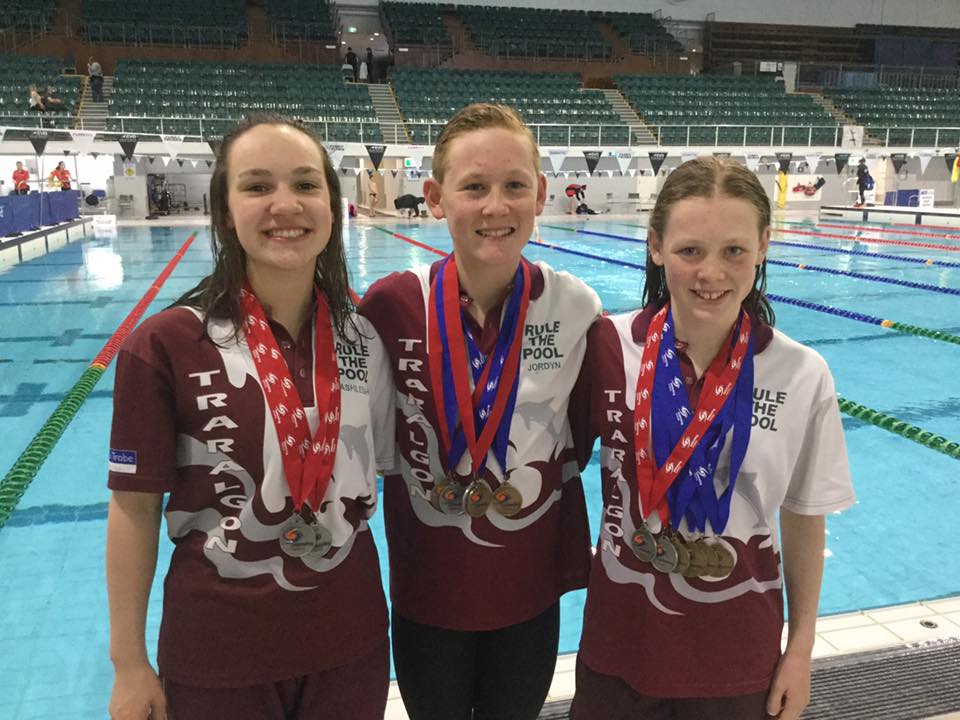 Jordyn Cargill, 12, was a standout performer with seven gold, five silver and one bronze and a Victorian record in the 200 metre butterfly [2.19.86].

Fifteen-year-old Bridget Cain was the final medal winner with a strong bronze in the 200 metre butterfly.

Following the meet Jordyn, Molly and Ash were selected for the Victorian Junior Development squad and will be attending four sessions alongside the 11, 12 and 13-year-olds in Victoria.

Senior head coach Brian Ford spoke highly of his team’s efforts throughout the meet and praised its commitment and passion.

“Over the five-day meet we had 200 swims from 35 swimmers and a strike rate of 90 per cent personal best times,” Ford said.

“The performances of the medal winners were outstanding however the team itself was exceptional.

“The meet showed there is no substitute for working hard and being prepared.”