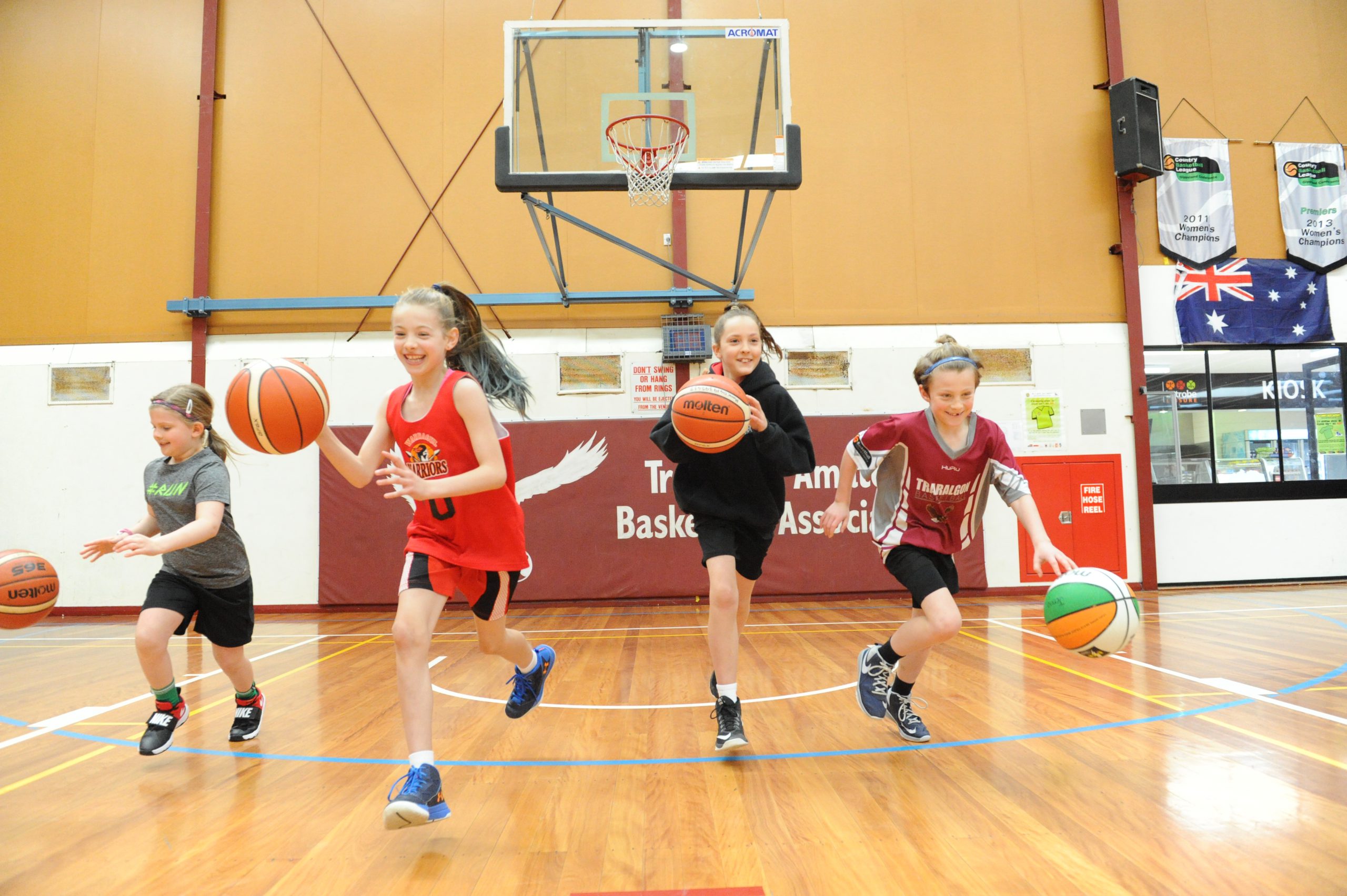 More than 60 children flocked to Traralgon Basketball Stadium on Thursday to take part in a skills clinic held by WNBL team the Dandenong Rangers.

In partnership with Latrobe City Council, the Rangers conducted the clinic as a feed-in to their home game against Bendigo Spirit in Traralgon on 19 November.

“There aren’t many opportunities for children to be taught by players of this level but they have an absolute ball,” Fallon said.

“The [players] love it, too, you see them out there and they’re just great coaches.

“They’re great and the kids are so receptive to them and we’ve got a really good group of personalities on the team so it really feeds on to the kids and they just have a ball.”

A mix of fun, games and drills, the clinic is designed to provide participants with an insight into elite-level basketball.

“It’s a great opportunity for the kids to see what level we play and for them to watch and learn to see where they need to get to, to play at that level,” Fallon said.

“They’re learning all sorts of different skills, some of which they’ve probably done before but we reinforce those skills because they’re an important part of the game and they have a lot of fun along the way.”

Fallon said opportunities to engage with elite athletes played a vital role in keeping children in the game.

“I’m from Victoria country myself and I watched a WNBL team in Geelong and that had a huge influence on me, so I completely understand the importance of these players getting in front of the kids so they can have a look at how it’s done,” she said.

Ahead of the 19 November fixture against Bendigo Spirit, Fallon hoped clinic participants would come back to cheer on their new friends.

“We get to know the kids pretty quickly in the four-hour clinic so when they come back to watch the game they already know the players, which is really important to us,” she said.

“Hopefully we see them on the 19th [of November] here to support the girls because they’ve already built up a relationship with them here today.

“We had a great game here last year, it was really well run and there was a good crowd and good vibes, so hopefully we see that again this year.”

The WNBL season kicks off on Thursday when the Rangers take on the Melbourne Boomers.