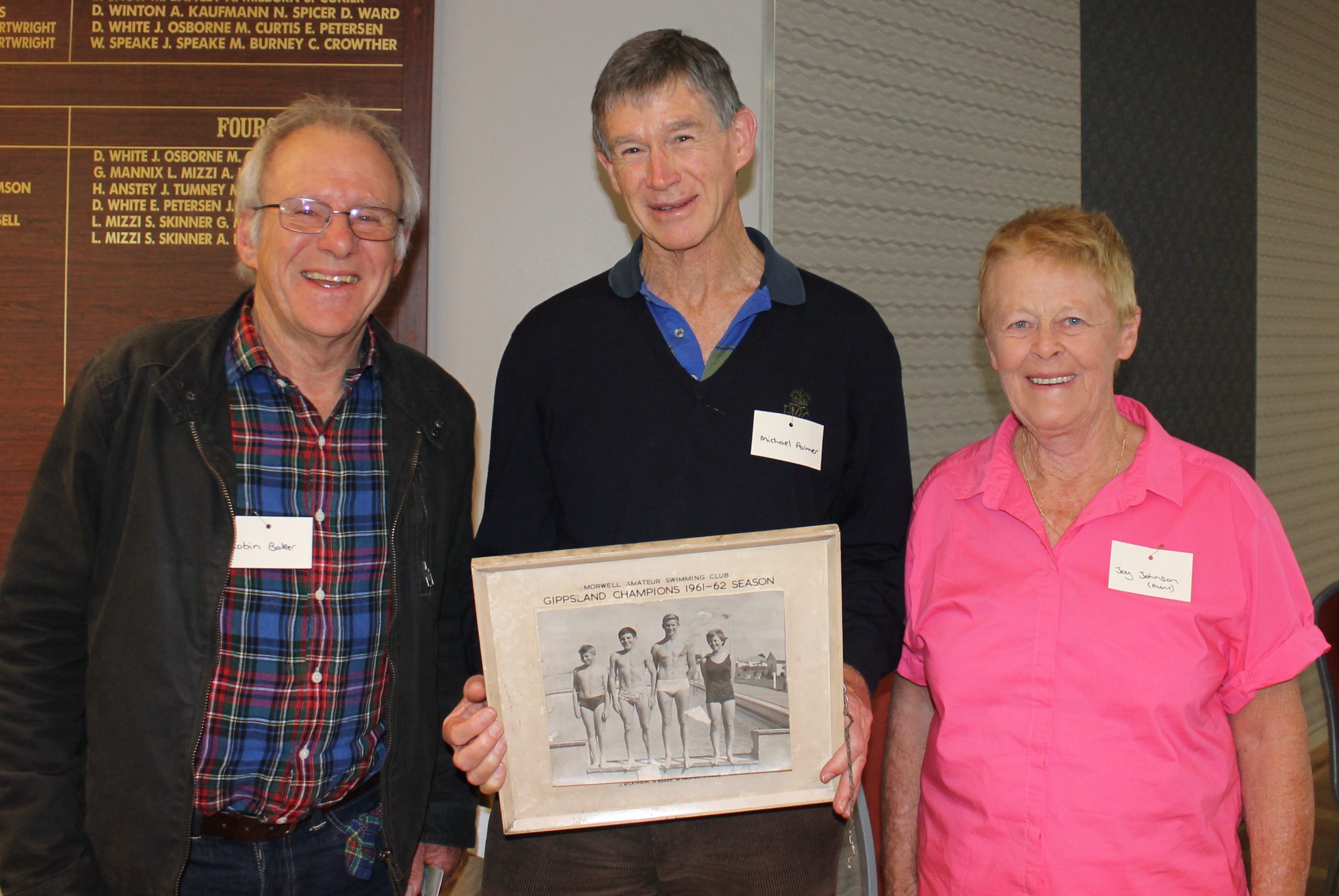 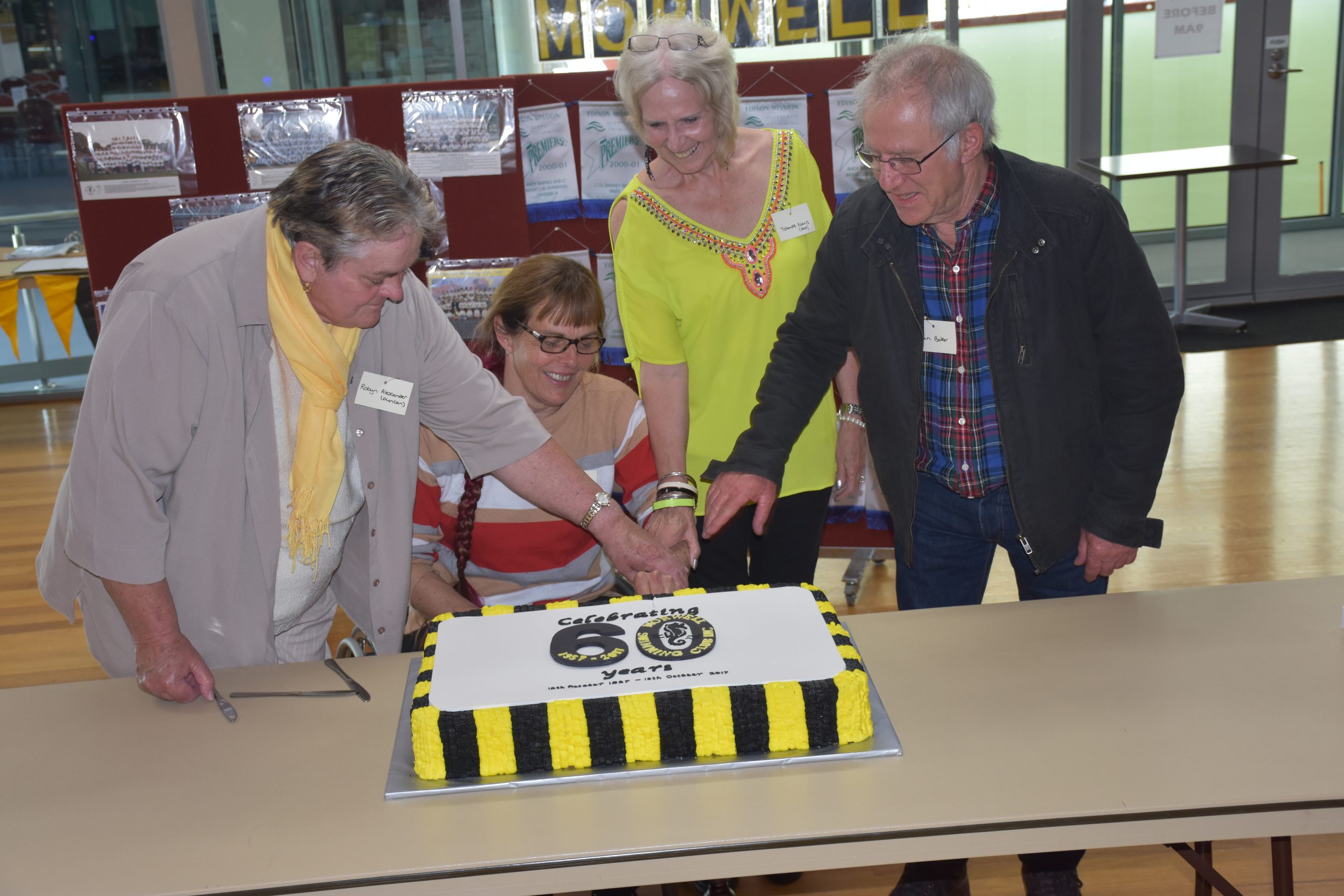 More than 90 people dived in to celebrate the Morwell Swimming Club’s 60th anniversary reunion on 15 October at the Morwell Bowling Club.

Guests travelled from throughout Victoria and as far as Queensland and Western Australia to attend the celebration and reunite with old friends.

In true swimming style, guests were called up to the buffet in ‘heat’ and ‘lane’ order and enjoyed a two course buffet provided by the Morwell Bowling Club.

Scholes labelled the event a huge success and said it enabled past members to reconnect and reflect.

“People were exchanging contact details and sharing some wonderful memories of the club and of each other,” Scholes said.

“Everyone just kept smiling and taking photos all day. I was proud to be able to organise the reunion and see so many happy faces.”

“Guests had photos taken of themselves holding trophies that they had won, and looked for their faces and names in the articles and photos on display,” Scholes said.

“Many of the guests were top swimmers in the district during the 1960’s and 1970’s including Bill Dykes, the first Gippsland swimmer to break the minute for the 100 metre freestyle.”

A large cake donated by former swimmer Alan McAuliffe was cut by Robyn Alexander, Suzi Duncan, Yolande Evans and Robin Baker who are children of three of the founding members of the Morwell Swimming Club, Ilma Duncan, Frank Hall and Reg Baker.

“I would like to thank the Morwell Historical Society for their assistance in locating three of our members to ensure that all our life members and their families were invited to the event,” Scholes said.

“I was also able to collect a photo of each of our 18 life members and this is a very valuable piece of history for our club, and for Morwell.”

Copies of the DVD featuring video footage and photos from the day are available to purchase for $15 from www.trybooking.com/283486 under the merchandise section.